LaPerm doesn’t want to be alone. It is therefore rather unsuitable for working people. She needs a suitable cat partner who should match her temperament as much as possible. Although she is very social, she is good at keeping herself busy. With the LaPerm, you usually bring a sensitive, attentive cat into your home. Some specimens of this breed can be a little cocky, so they need plenty of exercises. An under-challenged animal often reacts – and rightly – by driving its people insane.

The LaPerm is a young breed of cats from the United States and first appeared on a farm in Oregon in 1982. The breed was created through a spontaneous mutation. An ordinary house cat gave birth to a litter of six kittens. One of them was born completely hairless. After about six weeks, however, the naked kitten, later named Curly, had curly and soft fur.

Curly is the ancestor of all LaPerm cats, which are genetically different from all Rex cat breeds (e.g. Devon Rex). Your curls are caused by a dominant gene. It can be inherited from both female and male animals. Curly’s first litter consisted of five male cats who were also naked at birth and who later developed the same curls as their mother. Since none of the males was neutered, more curly kittens were quickly born.

The owner of the animals finally decided to keep the cats inside the house and to breed them specifically. The LaPerm gene pool was enlarged by crossing normal house cats. Nevertheless, the typical coat and character of the breed were retained.

In the country of origin of the LaPerm, the USA, the breed is a popular and established show cat breed. However, there are only a few breeders in the world. It is currently allowed to crossbreed with other breeds. In the CFA, however, only domestic cats may be crossed. From 2015 this should no longer be permitted either. 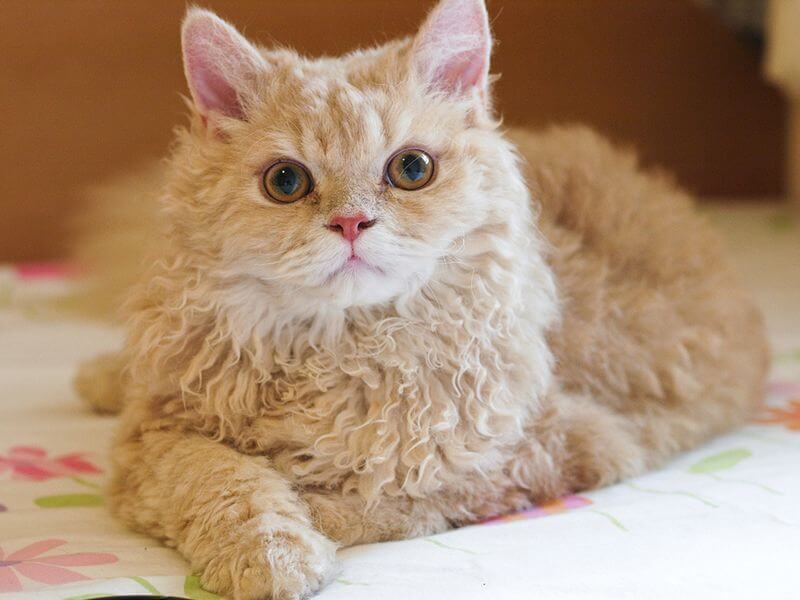 The LaPerm is considered cuddly, playful, and trusting. This velvet paw is specifically looking for human contact. If several people live in the household, she usually chooses a caregiver. Lovers describe her as a very sociable animal with a gentle character. Nevertheless, she is enthusiastic about playing and climbing. In the home, this need for agile animals can be satisfied with a suitable scratching post. In old age, the LaPerm usually becomes a little quieter. 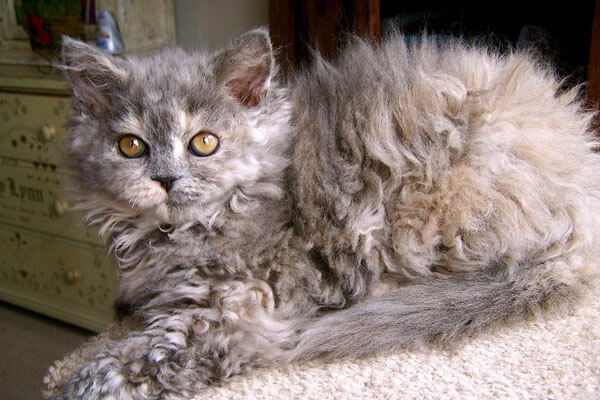 The LaPerm is rather unsuitable for working people. She is very people-related and needs the attention of her caregiver. Even a second cat in the household can usually not replace contact with people. Of course, the company of other cats is still an enrichment for most animals and multi-cat keeping is recommended for working people. However, since the LaPerm can be very agile at times, its partner should not belong to a particularly calm breed. The soft fur of the LaPerm hardly sheds any hair and requires little maintenance. It is suitable for housing but is happy to have a balcony. Going outdoors is possible, but mostly the affectionate LaPerm will quickly return to their home.