After a period of getting used to it, the American Curl can usually be kept with other cats and animals (e.g. dogs) without any problems. Due to its very playful character, the cat should be given enough opportunities to play and climb. The velvet paw is also happy to be outdoors. However, this is not absolutely necessary: It is also possible to live in a large apartment with enough job opportunities.

Probably the most noticeable feature of the American Curl is their backward-curved ears, which give the cat breed an exotic look. This peculiarity is the result of a mutation: In 1981 a couple from Lakewood (California) discovered two stray cats with the typical American Curl ears. One of the two foundlings gave birth to four kittens and inherited the unusual curvature of the ears on two of the kittens. The foundation stone for the breeding of the curl was thus laid. Of course, the ears of the cat breed – despite their special shape – are fully functional and very mobile. The cat can turn them in any desired direction. 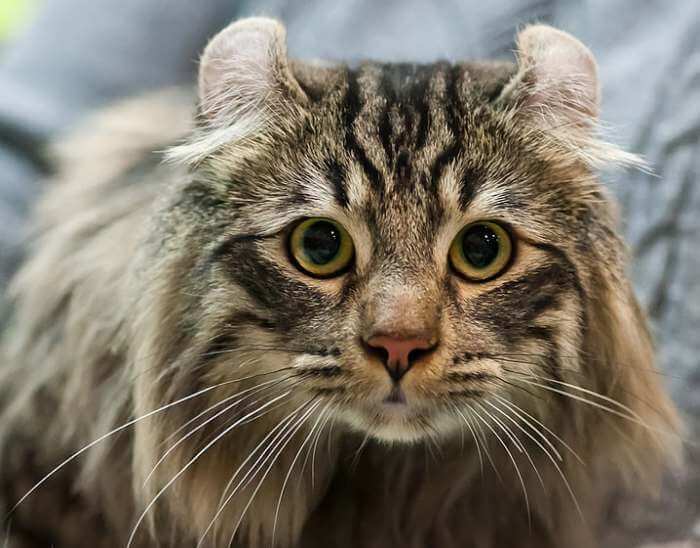 The American Curl is often described as an affable, friendly, playful, and humorous cat with a gentle demeanor. Regardless of whether humans or animals – normally the rather uncomplicated breed gets along with every companion after a period of getting used to it. Only when dealing with strangers does she often act shy and wait-and-see. Since the American Curl is considered an intelligent cat willing to learn, there are some representatives of the breed who are happy when they are taught, for example, how to fetch or do tricks. But also common cuddling times with their master or mistress should not be neglected. 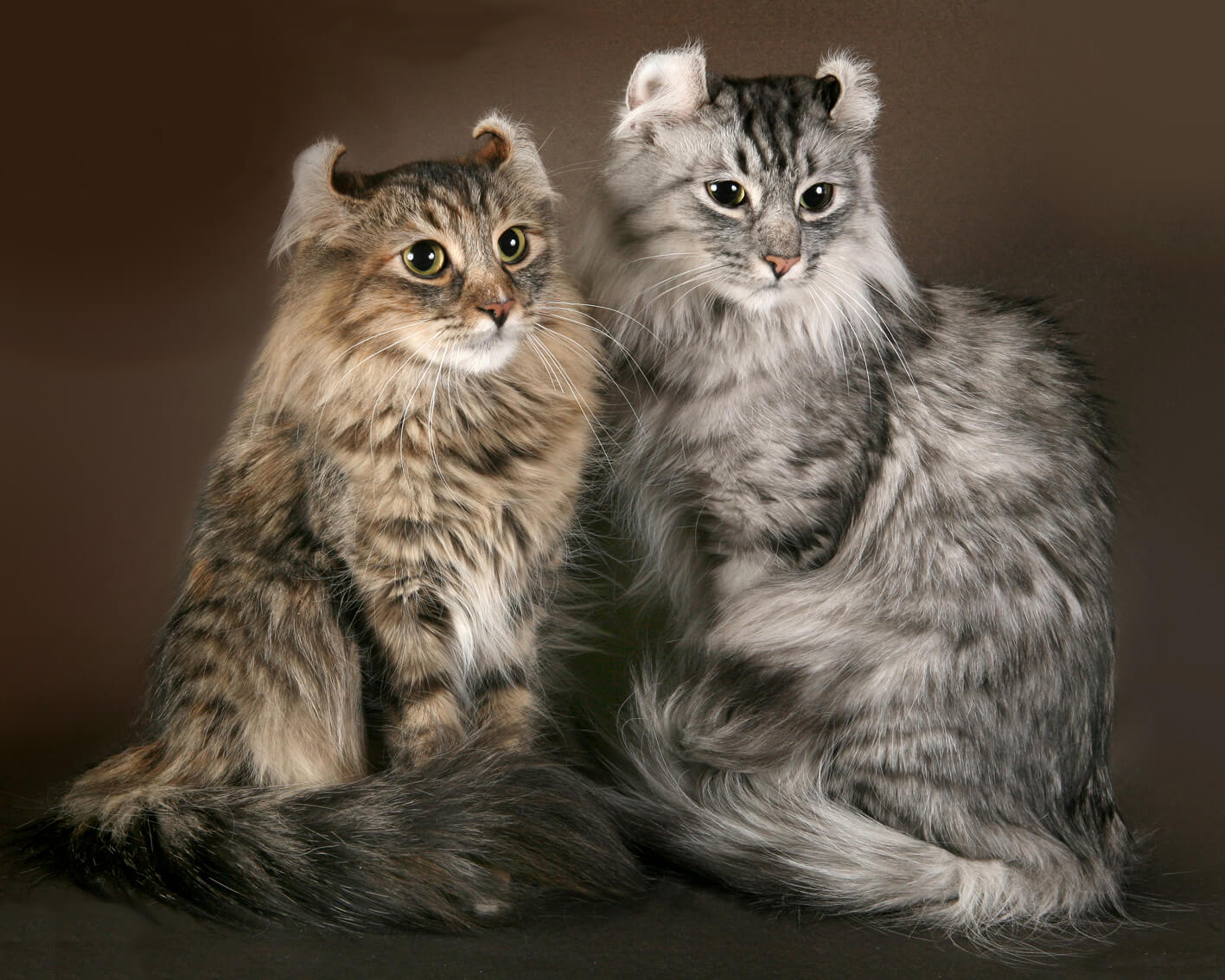 The American Curl should also be easy to care for in terms of posture. The balanced pedigree cat can adapt very well to most living conditions. Many representatives of the breed prefer access to the open air, a large apartment and many play and climbing opportunities can still ensure that the velvet paw feels comfortable even without being outside.

Thanks to its uncomplicated nature, the American Curl usually gets along well with its fellow animals and other animals. To keep the playful cat from getting bored, it is advisable to keep multiple cats, especially when working. However, not every cat is a team player – the decision for or against the second cat must be made on a case-by-case basis.

The American Curl is available as a long-haired as well as a short-haired cat. Since the curl with a long coat has a comparatively little undercoat, it is considered to be relatively easy to care for. Of course, regular brushing should still be a matter of course for both types.

In addition, one must also pay attention to the ears of the exotic pedigree cat: These must never be bent forward, as this can lead to injuries. In addition, the tips of the ears of the velvet paws are very prone to sunburn due to the slight curvature. In sunny weather, the ears of outdoor cats should be regularly creamed with sunscreen suitable for cats.