At best, the Abyssinian cat should be kept with other cats or (if compatible) dogs. The lively breed fits well into turbulent extended families, where there is always something going on. Abyssinians also need a lot of space to run, romp and climb. That is why secure free-wheeling opportunities or at least a balcony are desirable.

Although its name suggests otherwise, the Abyssinian cat did not originally come from Abyssinia (now Ethiopia). Instead, their ancestors are believed to have lived in the Southeast Asian jungles. This assumption is justified by the fact that the Abyssinian cat has a very specific gene (“Abyssinian tabby mutation gene”). This gene can also be detected in cat breeds on the coast of the Indian Ocean. In addition, an English cat journal from the 19th century suggests Southeast Asian origins: It shows illustrations of “Asian cats” that look very similar to today’s Abyssinians.

In 1874 the name Abyssinian appears for the first time in a British book about cats. There it says: “Zula, Mrs. Captain Barret-Lennard’s cat. The cat comes from Abyssinia as a result of the war… ”. It is therefore assumed that the first Abyssinian cat came to England with the British colonial army when the troops left what was then Abyssinia in May 1868.

How the cat came to Abyssinia or whether there were other Abyssinian cats there is still unclear.

The Abyssinians are particularly popular to this day because of their fur: The so-called “ticking” describes a double or triple stripe pattern of the hair, which gives the fur a similar appearance to that of the wild rabbit. The effect created by this color drawing is called the agouti effect. 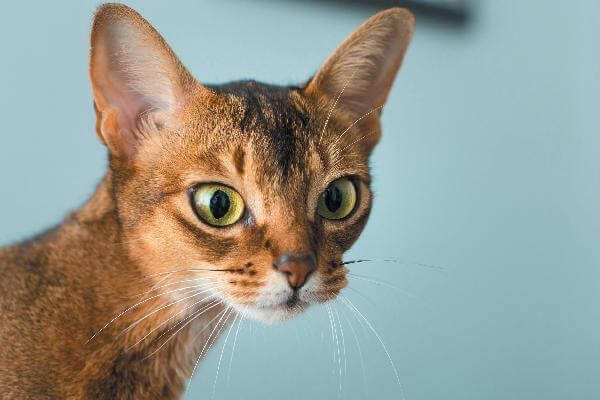 Abyssinians are not your typical lap cats and are very lively. They love to explore the area and frolic around. They are also very intelligent, curious but also cuddly every now and then. They are happy to follow or observe their human caregiver. That is why it is often said that Abyssinians are very people-oriented, but still do not want to lose their independence. The representatives of the active cat breed feel most comfortable in a small team. Other lively companions such as dogs are therefore welcome, provided that both parties are used to each other. The Abyssinians usually get along just as well with children.

In general, Abyssinians are considered to be relatively uncomplicated and less prone to stress. The cat breed is also characterized by its muffled voice and a rather low acoustic need for communication. 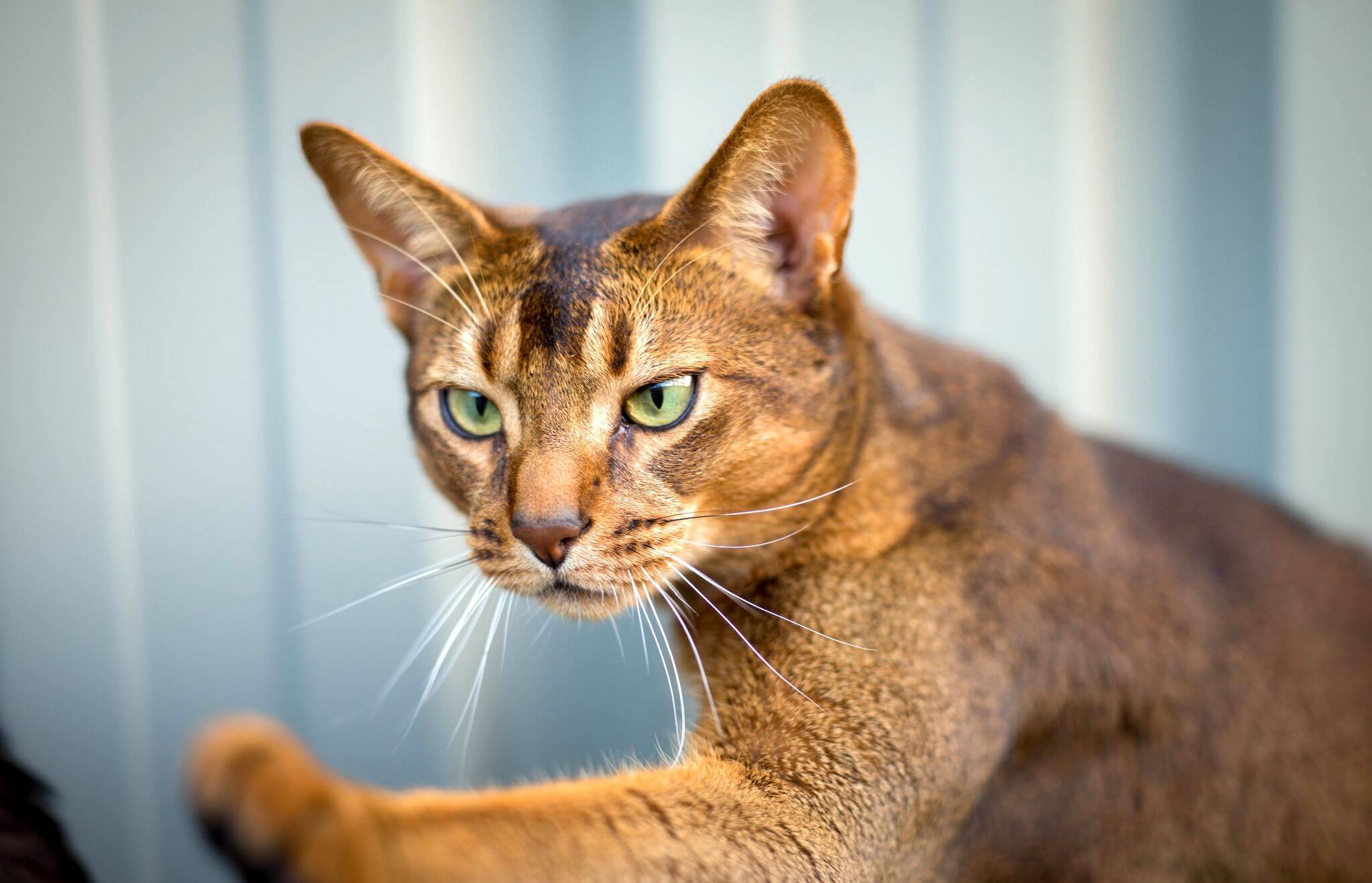 Since the Abyssinian cat has a very lively and sociable disposition, it is rather unsuitable as a single cat (especially if it is purely residential) for employed or senior citizens. Instead, she really enjoys company. That is why it is often recommended to buy a second cat. The Abyssinians should get along with cat-friendly dogs in exactly the same way, although the very different animals must first be accustomed to each other. When living together with other cat breeds, the Abyssinian likes to assume a dominant position, which can initially lead to difficulties. Once the cats get used to each other, nothing should stand in the way of peaceful coexistence.

In addition, the active cat breed needs a lot of space to run, climb and run around. A garden with a secure outdoor area or a balcony would therefore be recommended.

The coat of the Abyssinians is very short and easy to care for. Dead hairs should still be removed with a brush all year round.