Since the Egyptian Mau takes great pleasure in hunting, climbing, and romping around, the cat should be given opportunities to roam freely. If it is planned to live in an apartment, there must be enough space and plenty of play and climbing opportunities. If the Egyptian Mau accepts new conspecifics in its territory, consider buying a second cat if you are employed.

There are many myths about the Egyptian Wall. It is often said that it originally came from the cats of the Egyptian pharaohs, who were embalmed and laid in the graves of their masters. This has been proven by genetic tests. In fact, the breed looks very similar to the cats depicted on ancient Egyptian murals. However, the exact origin of the Egyptian Mau has not yet been fully clarified.

It was specifically bred for the first time in the USA around 1950. The Russian Grand Duchess Natalia Troubetzkoy is said to have succeeded in importing an exotic cat from Syria while in exile in Italy. This mated with the cat of the Egyptian ambassador. The resulting kitten is said to have been backcrossed with the mother and all three cats migrated to the USA with the princess.

The characteristic of the Egyptian Mau is their large and often green, almond-shaped eyes as well as the dotted, fine, and silky shiny fur. In addition, she can be easily recognized by the m-shaped markings on her face. This goes from one eye to the other. The pedigree cat is often described as very musical and should make interesting and unusual sounds such as chirping or chuckling.

The Egyptian Mau has also made a name for itself through its fitness: with a top speed of around 50 kilometers per hour, it is considered the fastest cat in the world. 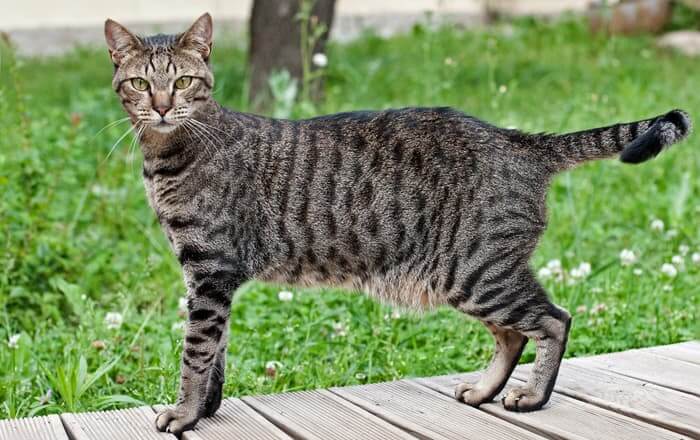 Describing the character of the Egyptian Mau is not that easy. Some cat owners report that the breed is very people-oriented, open-minded, and sociable. Others consider her not very social and emphasize that she is particularly shy of strangers. The Egyptian Mau should also be careful with other animals and unknown conspecifics and not always accept them. The cat defends its territory with all vigor.

Due to the different information, each cat owner has to decide for himself in each individual case whether it is possible to keep multiple cats or whether it becomes a stress factor for everyone involved. The advisors only agree that the Egyptian Mau is not a typical lap cat and, as an intelligent, playful, and active breed, prefers hunting outdoors to life as a pure indoor cat. 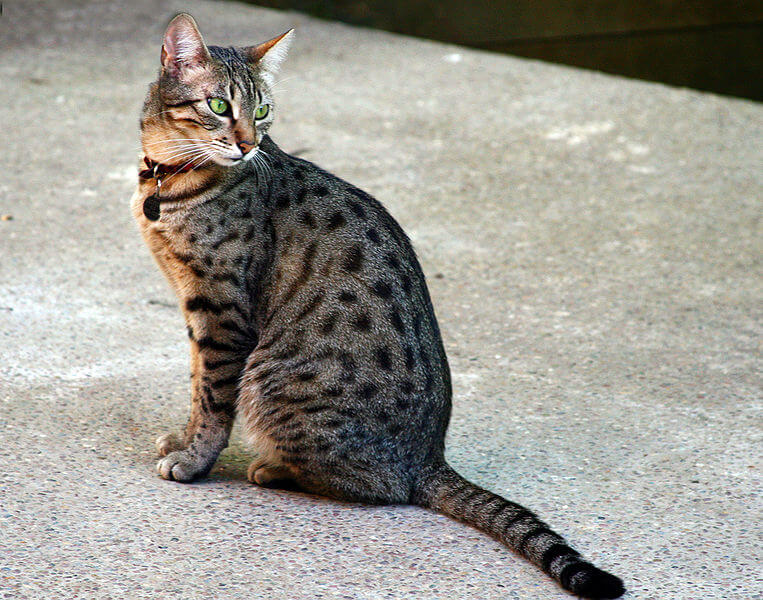 Since the Egyptian Mau is not only very active and spirited but also a passionate hunter, ideally the cat should be given opportunities to roam freely and a large garden. If you still want to keep them in an apartment, they have to have a lot to offer: Since exercise is almost the top priority for pedigree cats, they not only require a lot of space but also various climbing and play options. If you are working, you should also consider bringing a second representative of the breed into your home. But be careful: not every Egyptian Mau is enthusiastic about a conspecific.

Taking care of the fur is easy with the Egyptian Mau. Still, it should be brushed regularly.