The affectionate Birman cats are usually suitable for pure housing and feel particularly good in company. Because of their gentle temperament, they are also considered to be the ideal cats for families with children. Due to their calm demeanor, the Birman does not demand too much activity, as long as it can play with a conspecific. However, their attachment makes going outdoors risky for the cat – they are so sociable that they are often not shy of strangers. At best, the garden or balcony should therefore be secured. In addition, due to the lack of an undercoat, it is prone to cold and moisture.

Regular grooming is a must for the semi-longhair cat, but the Birman itself is considered to be very easy to care for and is therefore also suitable for first-time cat owners.

The Birman is also called Holy Burma or just Burma. Despite the similar name, it should not be confused with Burma. According to a legend, the origin of this breed of cats lies in the country of the same name, Burma, today’s Myanmar.

According to legend, a cream and gold tomcat with amber eyes once lived in a temple that was believed to be in what is now Myanmar. The cat named Sinh is said to have belonged to the abbot Mun Ha. Together with the so-called Kittha monks, the abbot dedicated his life to the goddess of soul transformation. It is said that Mun Ha was killed in an attack one day. When his cat then touched him with his paws, his fur is said to have turned white and his eyes as sapphire blue as those of the goddess of the transformation of souls. The same was true of all the other cats in the temple. When he died, the cat is said to have taken the abbot’s soul with him to paradise.

That is why it is said that whenever a sacred cat dies, it leads the soul of a deceased monk to paradise. At the same time, killing a sacred cat should be punished with eternal torment – until the soul that lives in the cat forgives the culprit.

The legend is not based on historical facts, but at least explains the origin of the name of the graceful cat and how it got its famous white paws. The origin of Burma cannot be clearly established, only that it was called “Holy Burma” from the start.

There are also many unconfirmed stories about how Burma finally came to Europe. It is known, however, that the targeted breeding of Burma began in France at the beginning of the 20th century. A few years later, the breed was recognized there, but the English breed association did not accept it until 1966.

In the 1930s, the Burma breed also grew in Germany but was completely destroyed by the Second World War. In the following years, the breeding was resumed. In the course of time, in addition to the classic Seal-Point and Blue-Point color variants, others have been added, for example, new colors such as Cinnamon or Fawn.

Incidentally, the pretty velvet paws are pure white at birth. It is only when they are around three years old that they are fully colored. The four white paws are always typical of the breed. 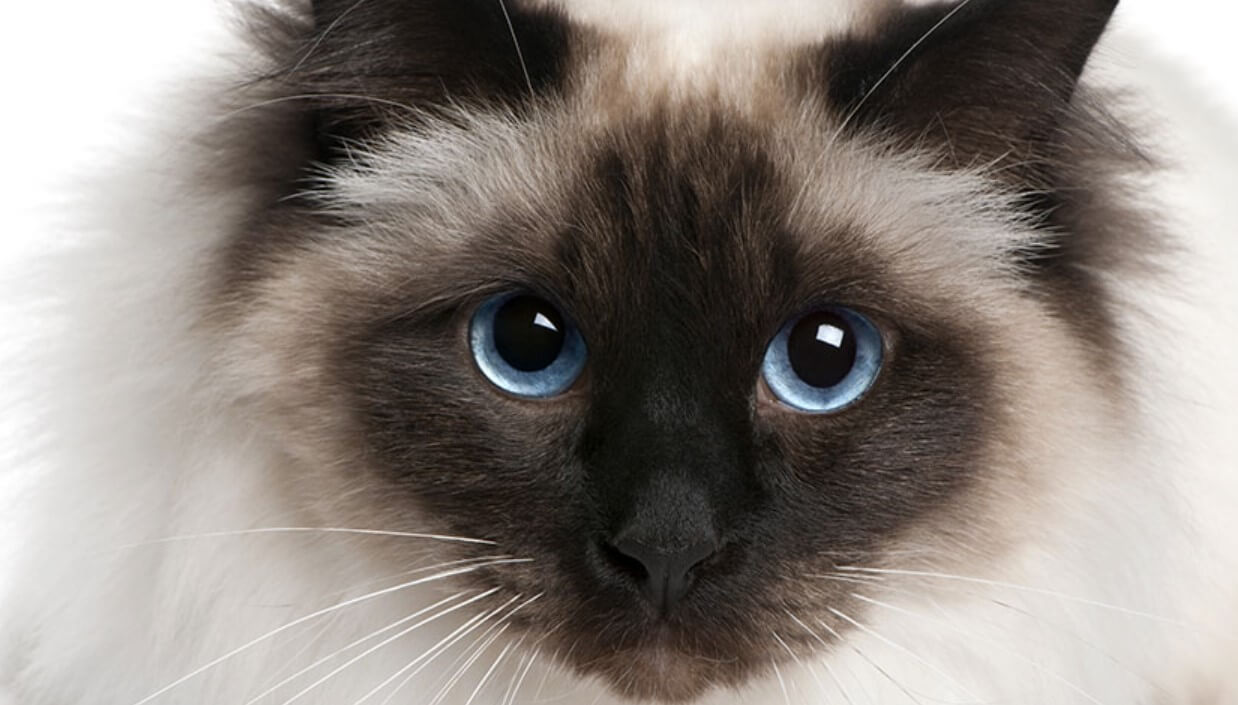 Birman is considered a gentle and good-natured animal. It is human-related and cuddly, although there can of course always be exceptions. She feels particularly good in the company, so she should be kept together with at least one conspecific for working people. Because of her calm demeanor, she is usually an ideal apartment and family cat. The Birman tends to show the calm, cozy nature of Persian cats and therefore does not rage quite as extensively as the more active Siamese. However, that does not mean that Burma is lazy to play. Due to her curiosity, she is definitely enthusiastic about exciting cat toys. 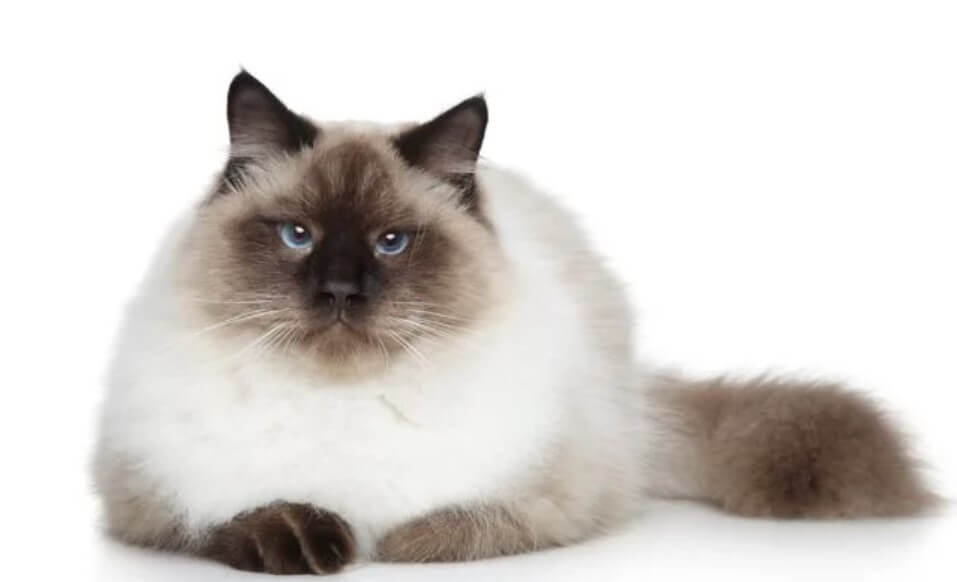 For the Burmese, it is often recommended that they keep their homes purely, as their sociability makes them easy for strangers to pick up on. If you still want to allow your Burma to go outside, a secure garden or balcony is an alternative. However, the kitty should avoid cold and moisture, as her fur has no undercoat. They belong to the group of semi-long-haired cats and must be brushed regularly to prevent hair from being swallowed. When outdoors, more intensive grooming may be necessary. Holy Burma is not known for certain hereditary diseases. However, it has been reported in various places that she has a tendency to squint.