Their unobtrusive nature makes the British Shorthair a rather easy-care breed. As a rule, she is satisfied with just keeping her home, provided there is enough employment for her. Usually, however, freedom of movement is harmless in these breeds. The British Shorthair is often considered to be compatible with cats and other animals. She is not really a pure lap cat, but she can enjoy extensive pats and the company of her humans. Usually, she is just as well taken care of in a family as in a single household. When it comes to housing, however, working people should think about getting a second cat.

The British Shorthair breed has existed for over a hundred years. She was presented for the first time at a cat show at Crystal Palace in London at the end of the 19th century. In the USA, however, the breed was not recognized until 1980. The origin of the British Shorthair is believed to be in the cats that the Romans brought with them to Great Britain.

During the two world wars, the breeding stock of the British Shorthair was greatly reduced. Type improvement should then take place through outcrossing with other breeds. The choice fell on Persian and Carthusian cats. Ultimately, this led to an alignment of the British Shorthair and the Carthusian Cat. In 1970 both breeds were therefore temporarily merged, but after protests by breeders, this regulation was lifted a few years later.

Even today, the blue British Shorthair is often incorrectly referred to as Carthusian, although the races are now clearly different from one another. 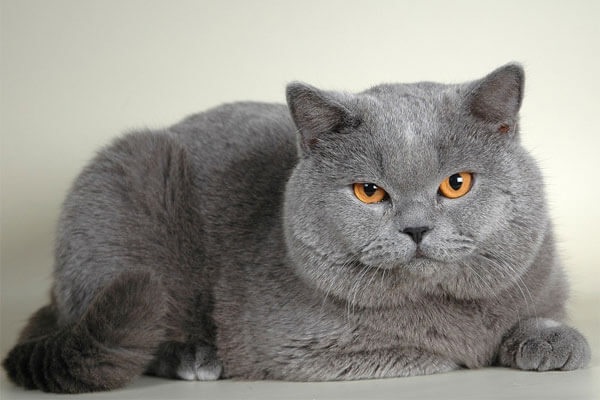 Everything runs smoothly with the British Shorthair: The typical round physique gives her a teddy bear-like appearance, which she rounds off with her rather uncomplicated character. The gentle British are considered good-natured and adaptable. They are usually not as lively as oriental breeds and are therefore also suitable for housing.

Often they accompany their owner every step of the way, but they are rarely intrusive. The British Shorthair should also not be one of the talkative cat breeds. The kitty can communicate by occasional meowing but mostly stays quiet.

As a rule, they enjoy the company of a conspecific with a similar temperament – but from being alone the velvet paw does not suffer as much as some other breeds. 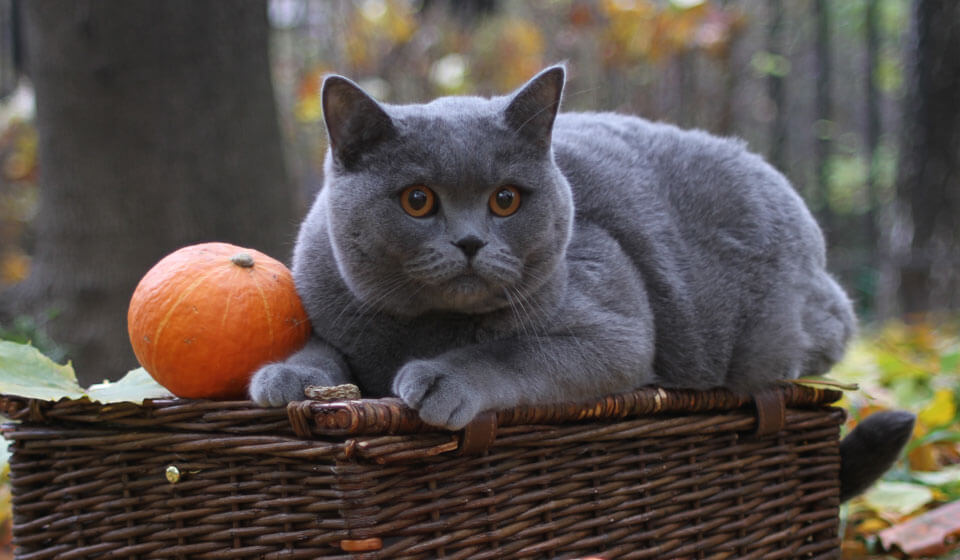 The British Shorthair is an uncomplicated cat that does not place too high demands on its owner. If she lives in the apartment, however, like all cat breeds, she needs sufficient play and employment opportunities. A self-made fiddling board or intelligence toy can provide variety, especially for young cats. Outdoor travel is usually not a problem with this breed. In addition, she usually feels just as comfortable in a family as in a single household. Due to her gentle disposition, she can also be compatible with dogs.

The short coat does not usually require any special care, but should be brushed during the coat change. Since the British Shorthair tends to be lazy, especially in old age, and it is difficult to encourage them to play, attention should be paid to their weight when they are kept indoors.

Overall, the British Shorthair is considered robust. However, she can suffer from various hereditary diseases such as HCM (hypertrophic cardiomyopathy, a disease of the heart) or PKD (polycystic kidney disease, a kidney disease), which can only be avoided through responsible and reputable breeding.