The Exotic Shorthair is suitable for keeping an apartment but would like the company of a conspecific there. As a rule, she is reluctant to stay alone. Their fur is not as demanding as that of the Persian cat and does not need to be brushed quite as often. Even so, she needs help with grooming several times a week. It can therefore only be recommended to a limited extent for lovers of long-haired cats who have little time. The British Shorthair, which visually resembles both breeds (Exotic Shorthair and Persian), is easier to care for. 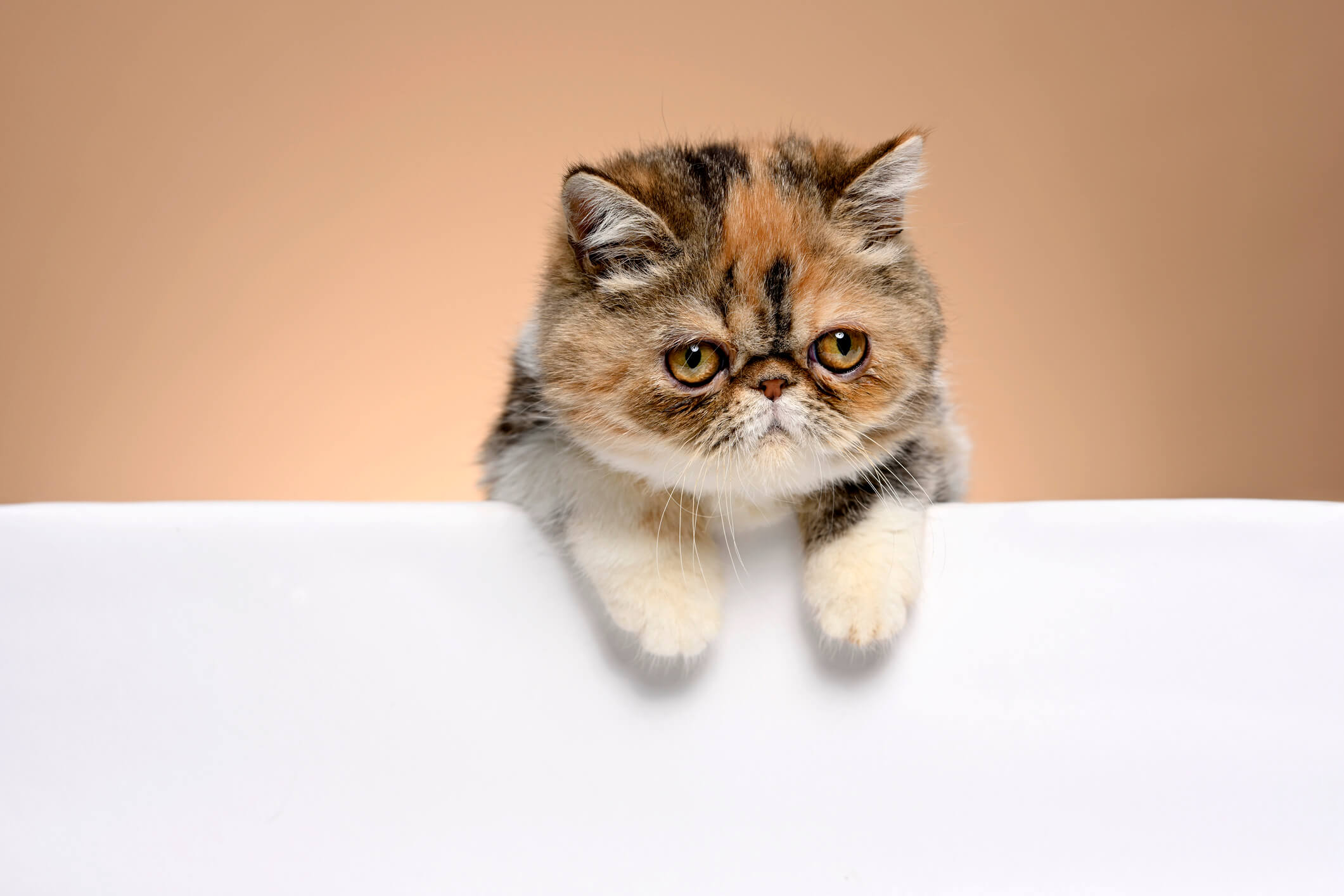 The Exotic Shorthair is often referred to as the short-haired version of the Persian cat, to which it is also related and whose breed standard largely corresponds to its own. The exotic shorthair, sometimes also called the exotic shorthair cat, was created by crossing American shorthair and Persian cats. The breed was recognized in Europe in 1986.

Since 1987 only mating with Persian cats has been allowed, before crossbreeding with Russian blue or Burma was also allowed. Even today, long-haired kittens can still be born when Exotic Shorthairs are mated.

The appearance of the Exotic Shorthair is strongly reminiscent of that of the Persian cat. So it is not surprising that she is still considered a Persian by many associations in the United States. The Exotic Shorthair has a rather stocky body, a round head, small ears, and an often quite “flat” looking face. 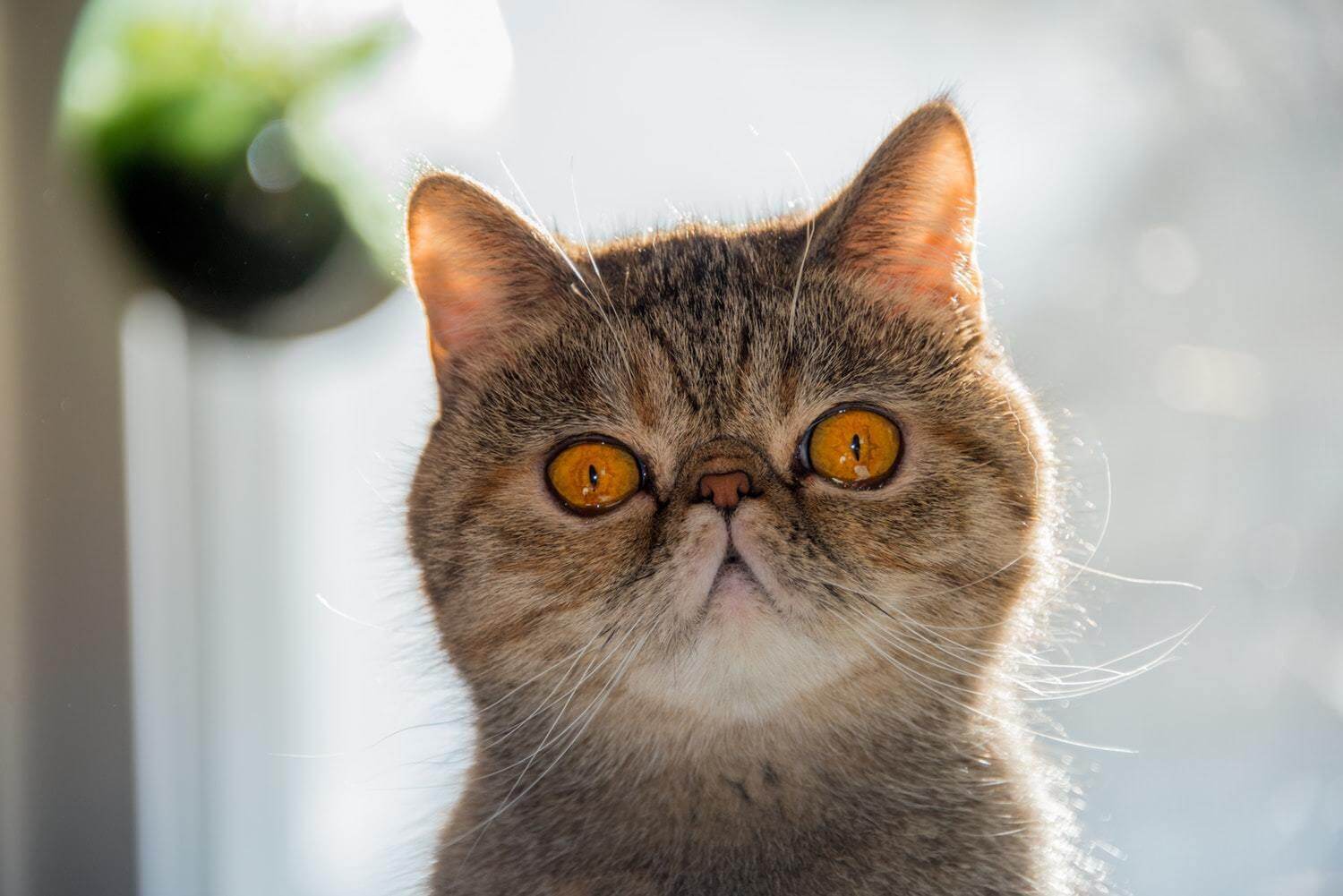 The Exotic Shorthair also resembles its long-haired ancestors in nature. She should have a calm character. Despite its serenity, it is considered more bright and playful than the Persian cat. Experience has shown that it is a frugal, uncomplicated pedigree cat and does not place too high demands on its owner. Like all velvet paws, the Exotic Shorthair is happy to have long hours of cuddling – as long as it can withdraw if it wants to. 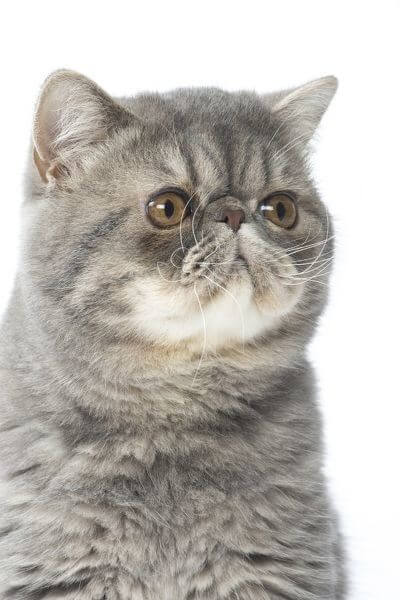 The fur of the Exotic Shorthair is not as maintenance-intensive as that of the Persian cat. Despite its short length, however, it is relatively dense – some even describe it as plush. Therefore, the kitty should be combed or brushed several times a week. This helps to remove loose hair and prevents unpleasant matting.

Unfortunately, the Exotic Shorthair also often has a very flat face, caused by excessive breeding. In the past, the Persian cat in particular suffered greatly from the mass breeds from the USA. The short, barely present noses cause health problems for both races. Like the Persian cat, the Exotic Shorthair tends to have watery eyes. Because of this, she may need help cleaning the area around her eyes. A damp cloth is usually sufficient for this. It is advisable to get your kitties used to this treatment when they are kittens, and the same applies to regular brushing.

The Exotic Shorthair is reluctant to stay alone. Mostly she is happier in the company of a conspecific, especially when it comes to housing. Since it can be playful, enough cat toys, such as a sturdy cat gang, should be available. The Exotic Shorthair is not really a climbing master, but she still appreciates a small scratching post.

It can suffer from the same hereditary diseases as the Persian cat. These include polycystic kidney disease (PKD), deafness (in white cats), or hypertrophic cardiomyopathy (HCM).

The predisposition to polycystic kidney disease can nowadays be successfully ruled out by means of a genetic test. Precisely for this reason, when purchasing the Exotic Shorthair, you should make sure that the kitten’s parents are not affected by the disease. The velvet paw should also not have an overly flat face, in order to avoid problems with breathing or through too short tear ducts.