Her bright blue eyes, silky fur and pristine white paws make the Sacred Birman a little beauty. But she also convinces with her uniquely friendly nature. Learn all about the Birman cat breed here.

Sacred Birman cats are among the most popular pedigree cats among cat lovers. Here you will find the most important information about the Sacred Burma.

Origin of the Sacred Burma 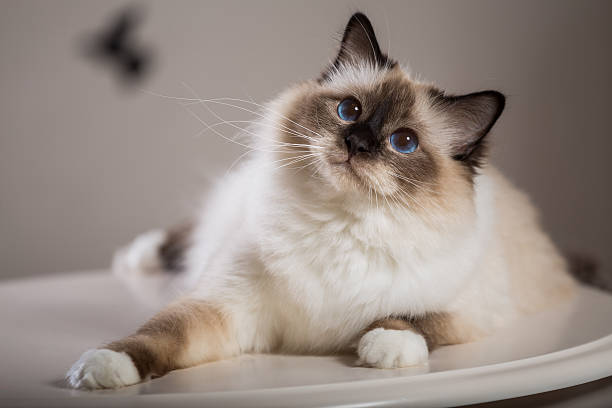 The origin of the Sacred Birman remains a mystery. Many myths and legends are entwined around its origin. Her coat of hair supposedly goes back to the temple cat Sinh, who lived in the sanctuary of the golden goddess with sapphire eyes Tsun-Kyan-Kse. Sinh is said to have taken on the appearance of the goddess.

Beyond all the mythical stories surrounding its origin, the Sacred Birman originated from a breeding experiment between Bicolour Longhair cats and Siamese in France in the 1920s. The controlled further breeding before and after the recognition in 1925 remained firmly in French hands. It was only after the Second World War that the first Burmese saints crossed the border – and triggered a real boom. Around 1950, the first Sacred Birman cats traveled to the USA, and these masterpieces of grace, which are one of the most uniformly bred breeds par excellence, have long had the rest of the world at their feet.

Appearance of the Sacred Burma

Sacred Burma is a true beauty. She is a medium-sized cat, slightly reminiscent of the Siamese in appearance. But she has pure white paws. The Birman Sacred’s eyes are almond-shaped, slightly slanted, and blue. Her tail is long, hairy and feathery.

Fur and Colors of the Sacred Birman

The Sacred Birman’s coat is medium length and has a silky texture with little undercoat. It is reminiscent of a Siamese cat, but has one very characteristic feature: the Sacred Birman’s paws are pure white, as if she were wearing white gloves and socks. Their fur is light (not white!) with a warm golden hue on their backs.

The face, ears, tail and legs are darker in color and stand in stark contrast to the rest of their coat color. The tail is long hairy and feathery.

The Sacred Birman is also a very special creature in terms of character. She is magically cuddly, uncomplicated, relatively calm, friendly with a playful, cheerful and gentle nature. The Sacred Burma is suitable for families with children or the elderly.

Often left alone, the Sacred Birman feels lonely. However, as long as you give her a lot of attention and tenderness, she will also feel comfortable with you as a single cat. However, she prefers a fellow animal to play and cuddle with. The Sacred Birman accompanies her people everywhere.

Keeping and Caring for the Sacred Birman 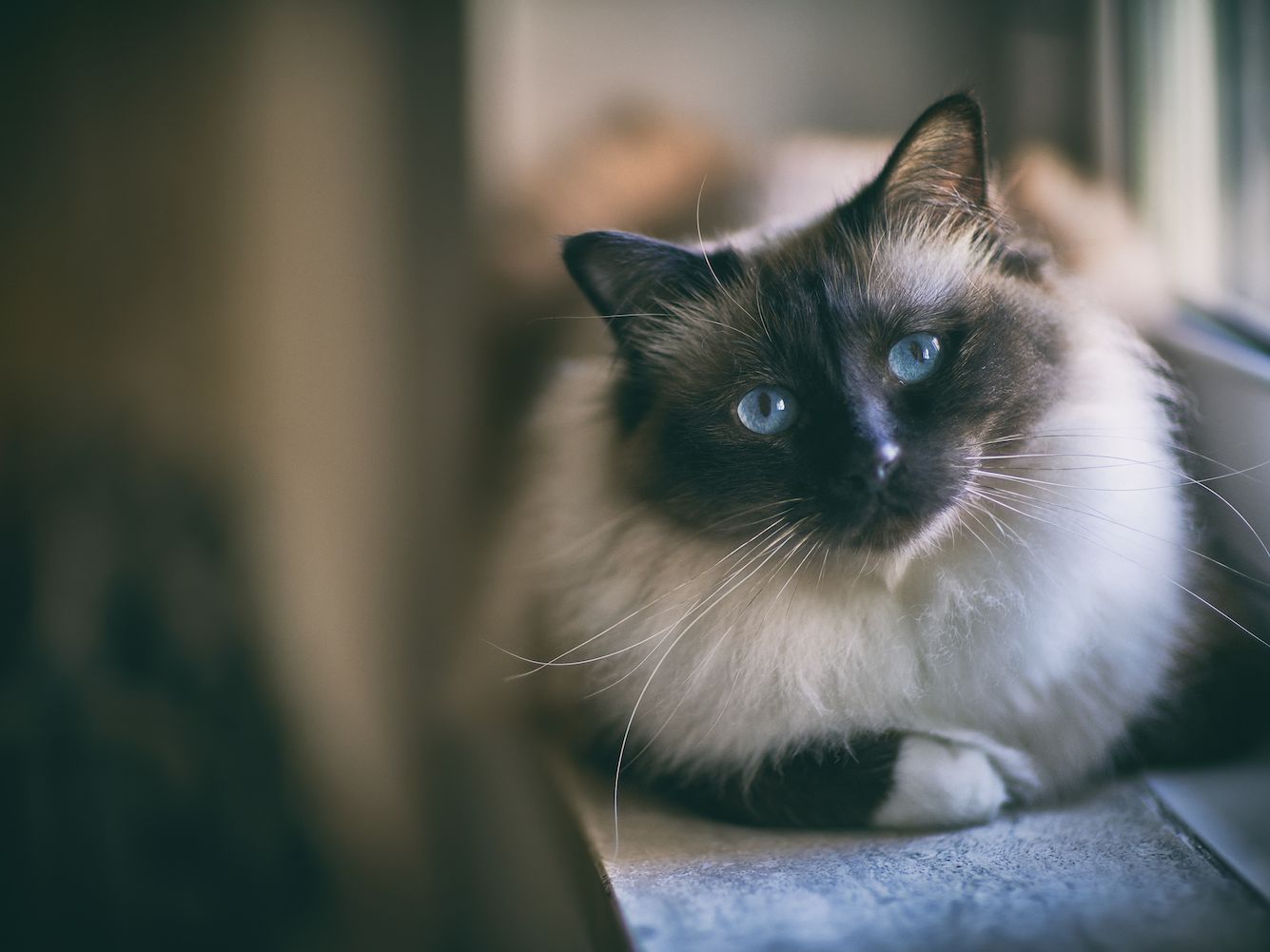 Despite its longer fur coat, the Sacred Birman is extremely easy to care for because it has hardly any undercoat. Combs and brushes are still needed, especially at the time of shedding. Make sure you eat a balanced diet. With increasing age and decreasing activity, even lower-calorie food can do no harm to prevent obesity.

If kept in a species-appropriate manner, the Sacred Birman has no health problems to complain about. It is robust and not vulnerable.