The Russian Blue is a sensitive, affectionate breed of cats that is valued primarily for its people-related behavior. As a rule, she is not pushy but enjoys being close to her caregiver. She usually gets along well with other animals and children. In the apartment, the Russian blue should be able to enjoy the company of a conspecific – otherwise, the puss, especially with working people, can suffer from loneliness and boredom. There should be enough play and employment opportunities with only two cats, even if they are kept in an apartment.

The Russian Blue is a short-haired breed of cats with gray-blue fur and emerald green eyes. The Nebelung is considered the long-haired version of the breed. The Russian Blue, like the Norwegian Forest Cat or the Maine Coon, is often referred to as a “natural” breed. It is said to have originally developed itself and not purposely bred.

In 1875 the Russian Blue was first mentioned in writing at the cat show at Crystal Palace in London. At the beginning of the 20th century, the breed was very popular in Russia and England. Like many other cat breeds – for example, the Carthusian ones – the Russian Blue was almost extinct during the Second World War. The breed was saved by crossing various other breeds, such as the Siamese or the British Shorthair. Allegedly this made the fur of the Russian blue shorter and thicker.

The Russian Blue comes in three different (breeding) types. The English cultivated form is usually a little stronger than its relatives and has ears that are closer together. The Siberian-Scandinavian breed is darker and smaller in terms of coat color, and it is said to have a certain shyness.

In contrast, the American Russian Blue is considered to be the most sociable representative of the breed, but so far it is still relatively rare in Europe. In Europe, all three variants of the Russian Blue are crossed, so the Central European Russian Blue is a mixture of all breeding types. 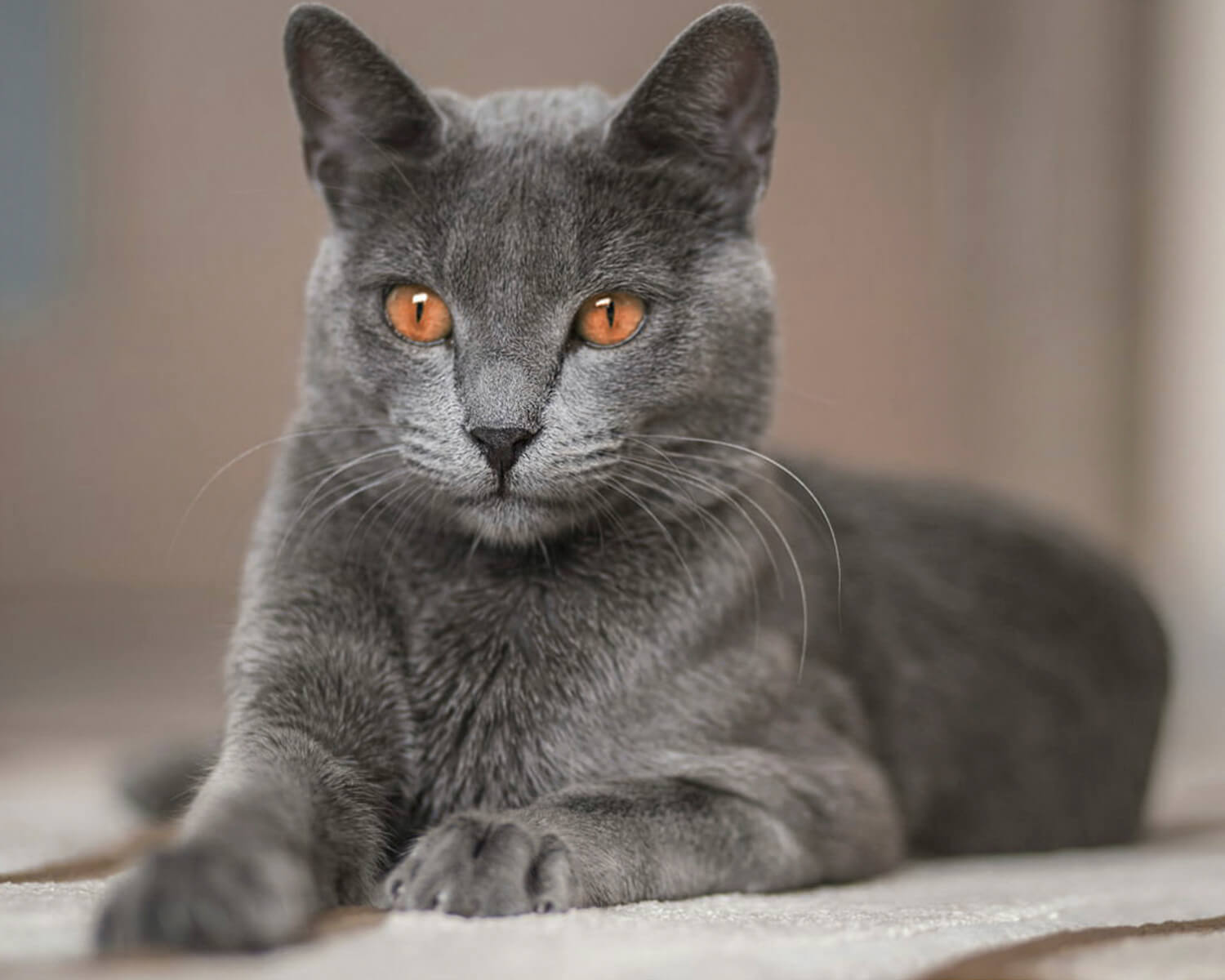 The Russian Blue is considered a calm, balanced cat. As a kitten, like most breeds, she is playful and active. As she gets older, she usually calms down a bit and can no longer be motivated to play so quickly. The Russian velvet paw often forms a very close bond with its people. Since she is often shy of strangers, most owners particularly appreciate her cuddliness. 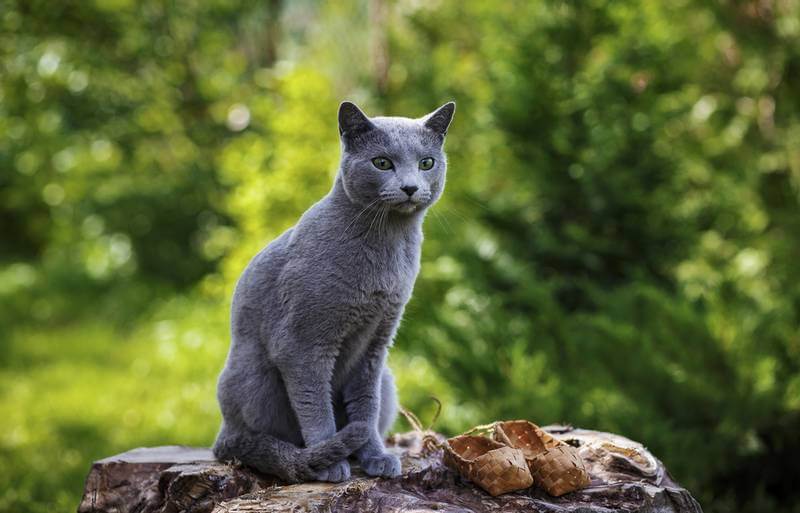 The Russian Blue is one of the more easy-care breeds. Some describe them as sensitive. Owners should therefore decide individually whether their velvet paws could be unsettled by unexpected situations in the open air and whether a secured garden or balcony would be the better alternative. In the apartment, she usually needs a companion in society in order not to become lonely when her people are absent. It can be compatible with other pets but does not have to be. As with all cat breeds, children should know and respect the needs of the kitty. Ideally, there is a high scratching post in the apartment that she can retreat to – then she should be able to get along well in a family.

The Russian Blue is occasionally confused with the Carthusian Cat, which, however, has amber-colored eyes and a stockier stature. There are also confusions with the blue color variant of the British Shorthair, but this breed is more rounded and not as slender as the graceful Russian Blue.