The Ragdoll is one of the semi-long-haired cats, but their fur is not considered to be particularly maintenance-intensive. During the change of coat, however, it should be brushed daily. The ragdoll should be sure of its freedom of movement, as its open nature means that strangers can quickly take it away. The large breed needs a lot of space and a sturdy scratching post in the apartment. For working people, it is recommended to buy a second cat. The Ragdoll usually gets along well with children and enjoys long hours of play. With its open-minded nature, the Ragdoll is considered to be well suited for first-time cat owners.

The Ragdoll is a semi-long-haired cat with a mask color, which is known for its mostly good-natured and loving nature. Like the Norwegian Forest Cat and the Maine Coon, it is one of the largest breeds of cats.

The first Ragdoll kittens were born in the early 1960s by mating an allegedly Angora-Persian-like cat and an unknown male. According to various assumptions, the cat was a Burma.

The American Ann Baker, a former Persian cat breeder, built a new breed with kittens from this litter. She gave the breed the name “Ragdoll”. She derived the name from a rumor that she is said to have started the world herself. According to this, the ragdoll would feel no pain and would hang relaxed if it was picked up.

The unlikely story was based on the claim that the kitten’s mother exhibited these traits after a car accident and passed them on to her offspring.

This is of course not genetically possible. The Ragdoll is just as sensitive to pain as other cat breeds. The often relaxed behavior in the arm of its owner is not an inherited trait, but rather testifies to appropriate socialization and trust in people. 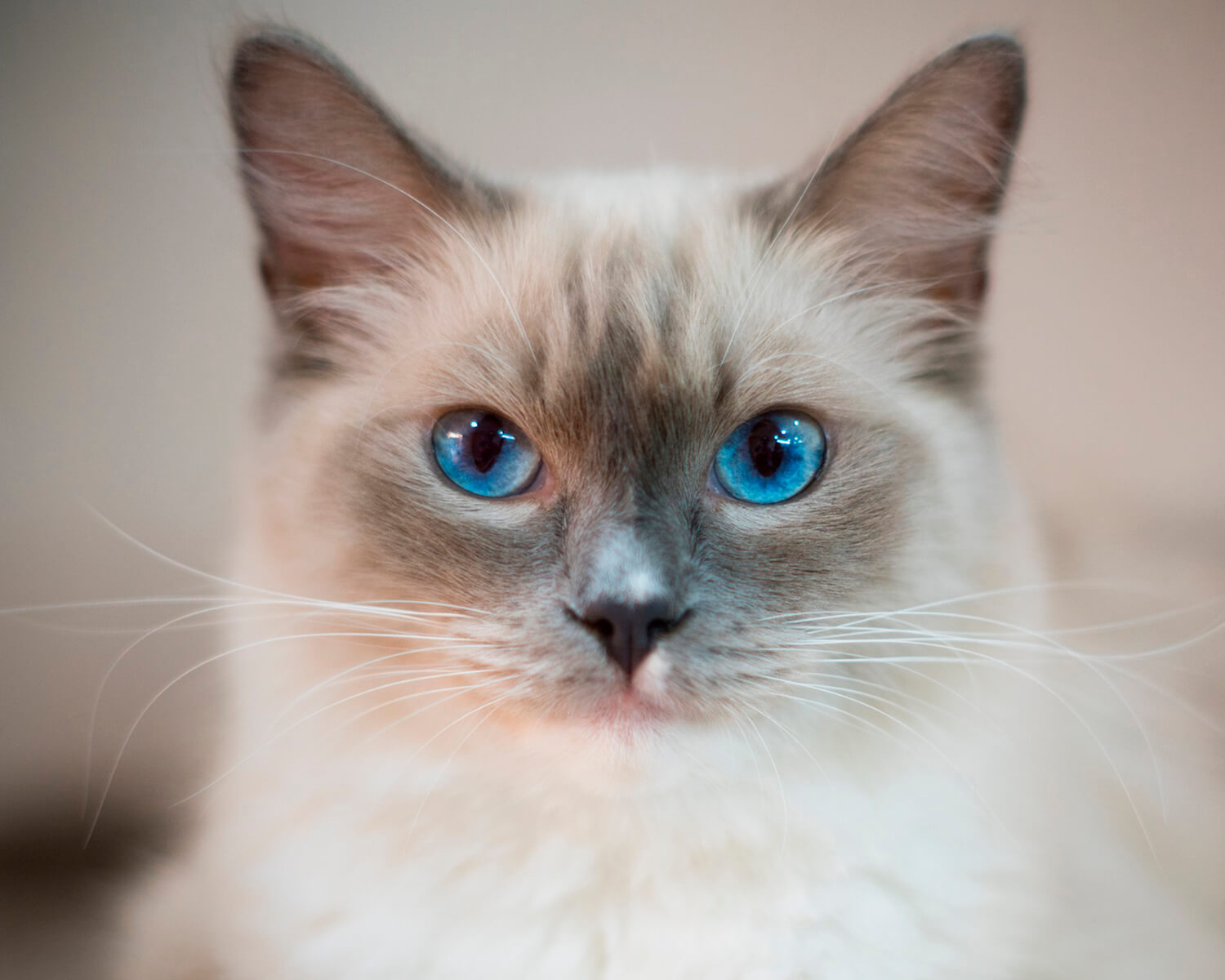 Many owners describe the nature of the Ragdoll as loving and relaxed. The big velvet paw is often said to remain playful for a lifetime and, like the Maine Coon, tend to follow their owner wherever they go. In contrast to other breeds, the Ragdoll is considered to be quiet and not very talkative. It is also said that she is patient and rarely shows her claws when playing. She should therefore get along well with children. 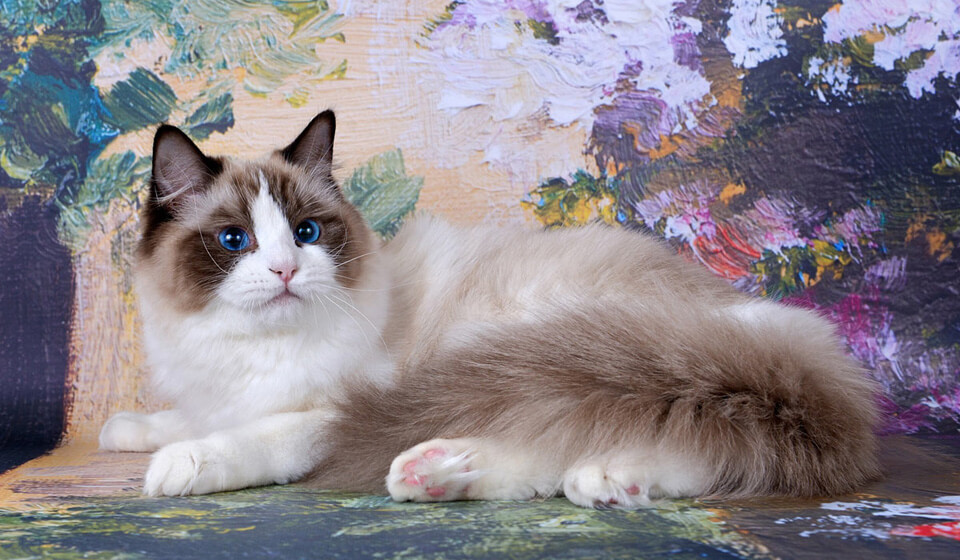 Despite its size, the Ragdoll is often recommended for keeping at home, as, like the Balinese, it shows little fear of strangers. So it could easily happen that your velvet paw is taken by strangers. However, kitties are usually happy to have a secure balcony or garden.

A semi-longhair cat should be brushed daily, especially during the change of coat, otherwise, weekly support with grooming is sufficient.

No particular hereditary diseases are known to exist in the Ragdoll. Due to her calm demeanor, however, she can tend to be overweight, especially in old age and in a purely residential position. If your velvet paw is already showing the first signs of obesity, you should discuss the portion size of the cat food with your veterinarian or encourage the kitty to exercise more with cat toys. In addition to a sturdy scratching post (which can withstand the size and weight of the Ragdoll) in the apartment, you can also buy a second cat so that your darling is not lonely when you are away.