The Brabant Bullenbeißer, a mastiff-like dog breed specially trained for game hunting, is considered the ancestor of the German boxer. They were mainly bred by hunters to use their wide, powerful mouths to hold onto well-fortified game caught by hounds until it was killed by humans.

At the latest during the French Revolution and the resulting increased use of firearms, however, the bull biters became almost unemployed. After several decades of being used for show fights with bulls and other dogs, these dogs eventually became less popular and the breed is now extinct.

Crossing with English Bulldogs in the course of the 19th century made the German Boxer what it is today: a lively family dog that loves children. The Boxer-Klub e. V. devoted himself to his breeding and in 1905 established the breed standard that is still valid today.

The German Boxer is classified by the Fédération Cynologique Internationale (FCI) in Group 2, Section 2.1 of the Molosser and Mastiff-type dogs. 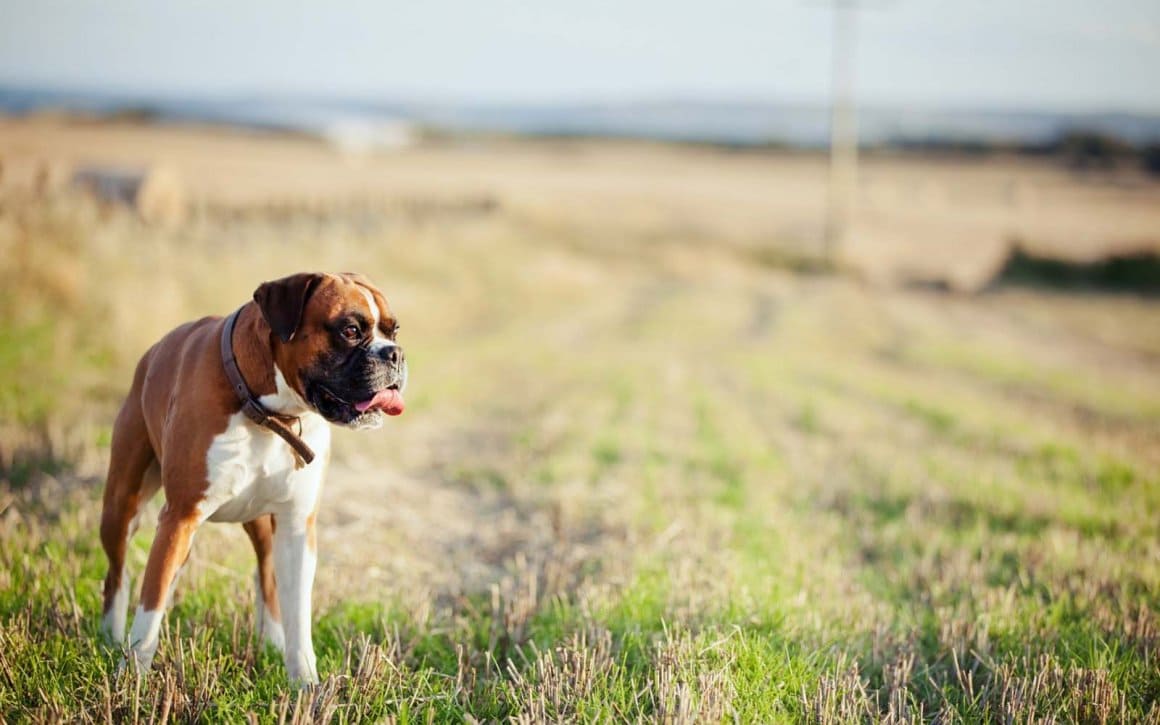 The angular skull with hanging flews and the slight underbite, in which the lower jaw protrudes slightly over the upper jaw, is particularly striking for the appearance of the muscular four-legged friend. The turned-up nose and wide mouth are also typical of the breed.

Males can reach a height of 57-63 cm at the withers and weigh more than 30 kg. Females are usually smaller and more delicate with a shoulder height of 53-59 cm and a body weight of approx. 25 kg.

The fur colors approved by the FCI are brindle or yellow, with the nuances varying from light yellow to dark deer red. White markings should not cover more than one-third of his body according to the breed standard.

Unfortunately, cropping ears and tails was long regarded as an ideal of beauty, but it is now forbidden in Germany. According to the FCI, the tail and ears should be set high and left natural. 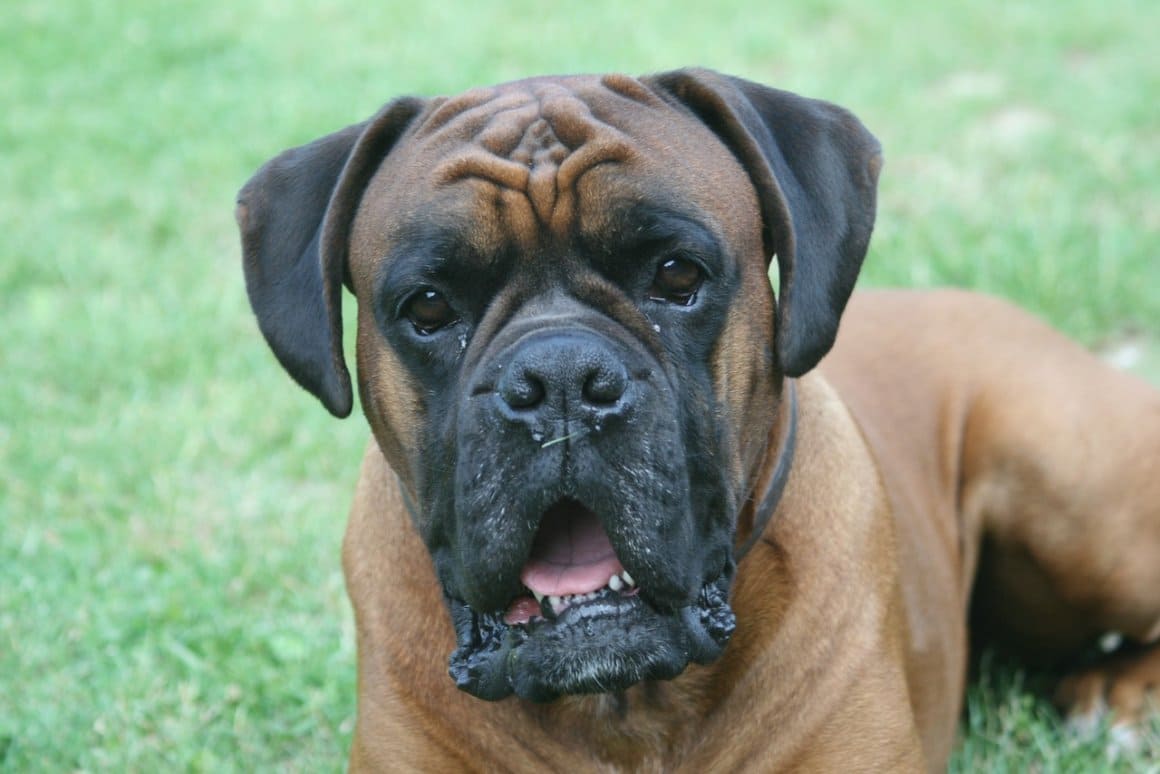 Due to his patient and balanced nature, he is also an ideal playmate for children. The boxer dog's courageous and nerve-racking character makes it increasingly popular as a protection, guard, or rescue dog.

When you choose a boxer, you gain an active and enterprising family member who always shows solidarity. Even in old age, this breed loves to be action-packed and to live out its play instinct. The boxer is also always alert and always ready to protect masters and mistresses in an emergency. 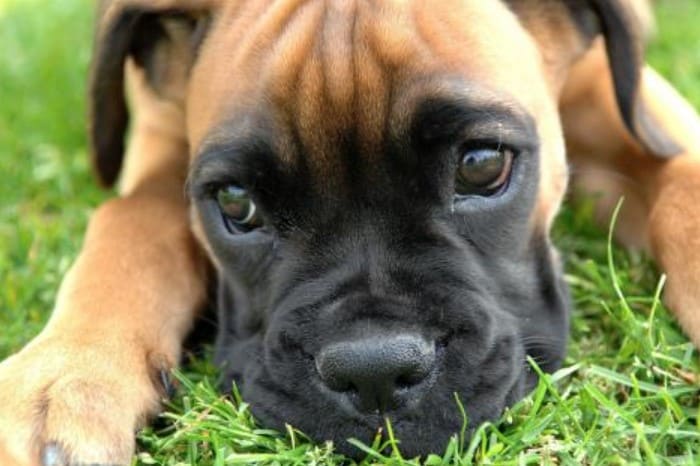 He prefers a calm and loving tone in which he is willing to submit. However, you should always be consistent when it comes to training, otherwise, your furry friend will also like to show his stubborn and stubborn side. So don't be fooled by his heartbreaking boxer gaze.

This charming breed enjoys attracting the attention of its owners and is very trainable and intelligent. With a Boxer, you have the ideal beginner dog by your side, because they are considered to be easy to train. Although he is very willing to learn, you should already have some basic knowledge of dog training if you decide to get a German Boxer.

When you take your Boxer puppy to dog school, you'll train them in basic commands and obedience from the start. In this way, he learns healthy social behavior at an early age.