With the Somali, you bring a balanced and gentle breed of cats into your home. She usually gets along well with children and other pets. Although the Somali is not a real lap cat, it feels most at home in company. She is therefore very happy to have a conspecific if they are appropriately socialized. However, one must consider that some members of the breed tend to develop a dominant position over other animals and conspecifics. The behavior of the velvet paw towards other animal friends should therefore be regularly examined.

The Somali is a kind of long-haired variant of the Abyssinians. Already at the beginning of the Abyssinian breeding, it was reported that there should have been representatives of the breed with half-long fur. However, this was seen as a mistake and atypical of the breed, so that the long-haired variant was not used for further breeding. From the 1950s onwards, however, the longer coat appeared more and more frequently, especially in English-speaking breeding countries, and from 1967 onwards it was even bred specifically.

For a long time, the main breeding location was the USA. The first pure Somali litter was born in 1972. Some American breed clubs recognized the velvet paw as early as 1974. It was entered into the pedigree cat register by the CFA in 1979 and by the largest European umbrella organization, FIFé, in 1982.

It owes its name to its close relationship with the Abyssinians. Since this was named after their country of origin, the former Abyssinia (now Ethiopia), the Somali was unceremoniously christened Abyssinia’s neighboring country Somalia. 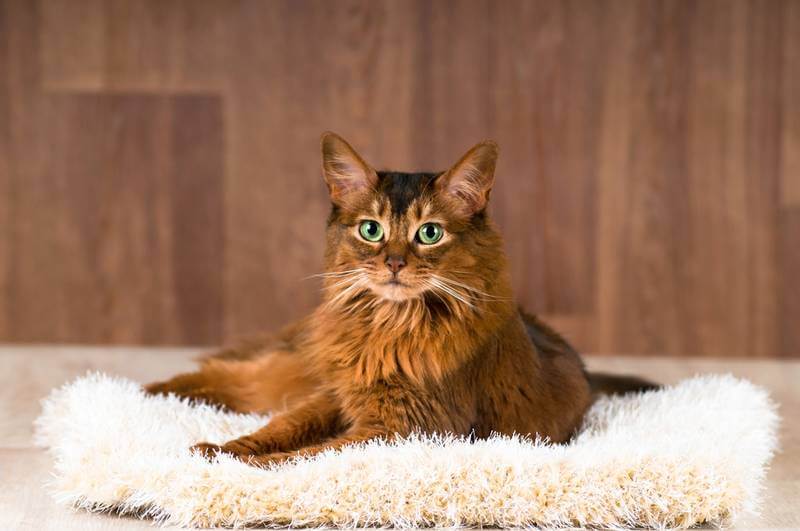 Just like their close relatives the Abyssinians, the Somali is considered to be an extremely intelligent and lively breed of cats. She is known for her curiosity and loves to explore her surroundings down to the smallest nook and cranny.

Somalis are generally not lapped cats. Although they appreciate the company of their two-legged friends and also like to follow their caregiver through the house or apartment, they prefer to explore the area than settle down with their masters.

In addition, they are among the quieter cats and have a comparatively low need for communication. Her muffled voice is very seldom heard. Since the velvet paw has a very balanced nature, it usually gets along well with children if socialized accordingly. 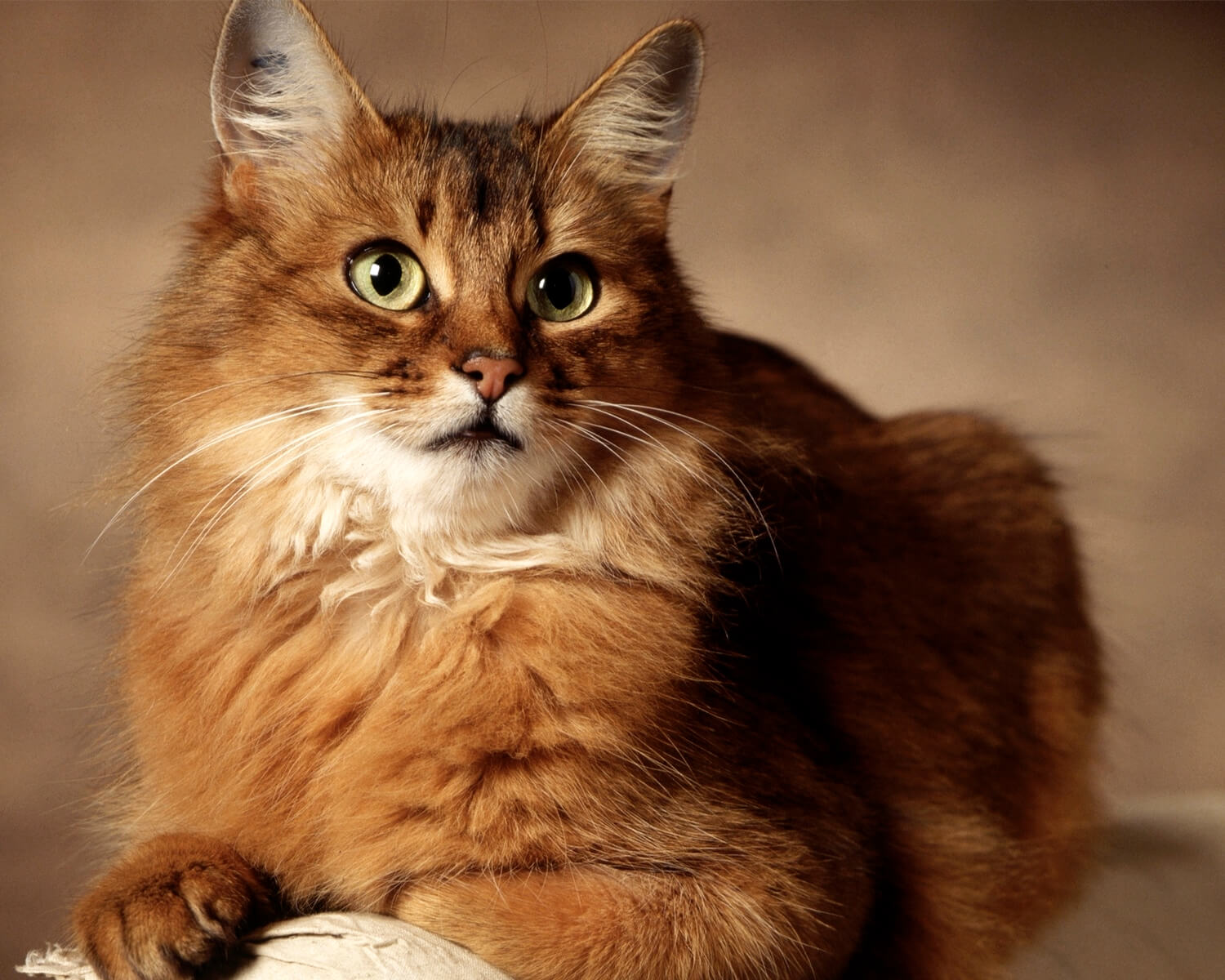 Somalis really appreciate the company of their own kind. It is therefore not recommended to keep cats individually, especially for cats that are purely indoor. The balanced and less stress-prone cat breed should also get along well with other animals, for example, dogs. Every now and then it happens that the Somali want to take a dominant position in coexistence with other animals. This can lead to difficulties and must therefore be carefully monitored.

Somalis are very active cats. Therefore, they not only need a large scratching post, but also a lot of space and numerous employment opportunities. Although the velvet paw is a semi-long-haired cat, grooming is comparatively easy. Depending on the age and condition of the coat, it is usually sufficient to comb the Somali once a week. Of course, when the coat is changing, you have to use a brush or comb more often.