The Neva Masquerade is a very people-oriented breed of cats and does not like to be left alone. If you are employed, you should therefore urgently consider keeping a second cat. In addition, the clever cat is one of the more playful breeds and is happy to have a large scratching post and numerous play options. Since the velvet paw is very close to nature, it is advisable to live outdoors. If she is only kept in the apartment, she should at least have a secure balcony available.

The Neva Masquerade is a point color variety of the Siberian cat and in terms of character and essence is strongly reminiscent of its close relatives. The masked cat is said to have been sighted for the first time on the Neva River. That is why it was initially given the name Nevskaya Masqueradnaya. Only in the course of time did the name change to Neva Masquerade.

Today it is assumed that the mask gene of the velvet paw found its way into the population of the Siberian cats through a cross with Siamese, Thai, or Birman cats. However, to this day there is no evidence of the exact origin of the color, as there is no data available for targeted breeding. 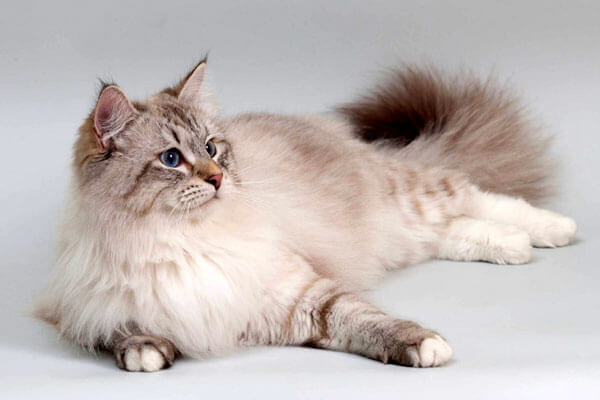 Just like its close relative the Siberian cat, the Neva Masquerade is considered to be very affectionate and cuddly. Her people are very important to her so that the velvet paw usually always behaves loyally. Some owners describe the masked cat as dog-like, as it tends to follow them around the house or apartment. However, it is not really intrusive, as is supposed to happen with Bombay every now and then. 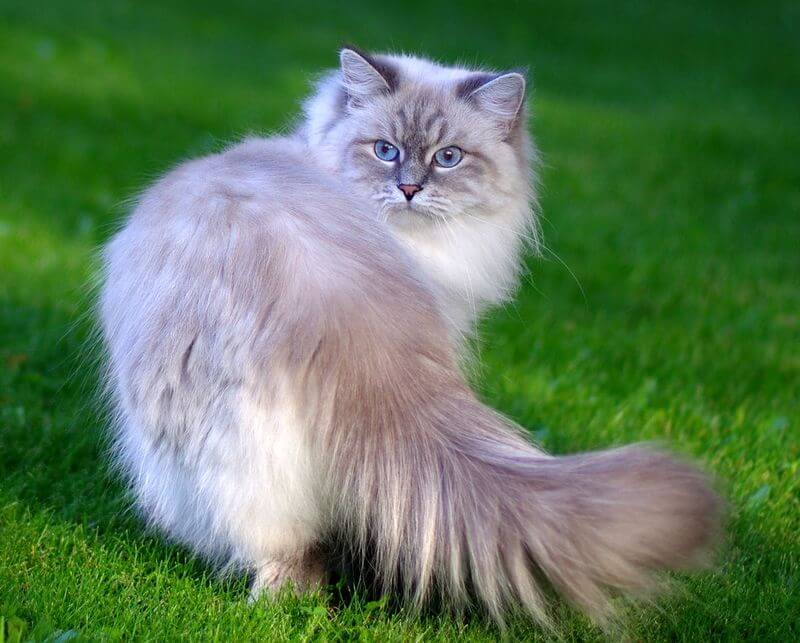 The Neva Masquerade is a very nature-loving cat. Outdoor access or at least a secured balcony usually makes them very happy. If you only want to keep the pedigree cat in the apartment, you need a lot of space, a sturdy scratching post and numerous play options to keep your velvet paw sufficiently occupied.

Since the Neva Masquerade is very fond of its people, it should be left alone as rarely as possible. The company of conspecifics is also important for pedigree cats. Despite its length, the fur of the velvet paw is relatively easy to care for. However, like many semi-long-haired cats, the Neva Masquerade should be brushed daily during the coat change.