In order to do justice to the Norwegian Forest Cat’s urge to move around, it is advisable to allow it to move freely. If the kitty is to be kept in the apartment, it needs a lot of space and a large scratching post. In addition, a secure balcony is recommended so that the Nordic cat can at least get some fresh air. In this case, buying a second cat makes sense, especially for working people. As a rule, the Norwegian Forest Cat gets along with all cat breeds, but it shouldn’t be too quiet companions for the agile velvet paw. It is considered the ideal family cat and a good playmate for children. The compatibility with dogs varies from animal to animal.

The breed is believed to have descended from short-haired cats from Central Europe, which adapted to the harsh Scandinavian climate. As protection against the biting cold, she developed a thick undercoat. The Norwegian Forest Cat is protected against the rain by its smooth, slightly greasy outer hair and its large paws carry it reliably over any blanket of snow.

The first presentation of a specifically bred Norwegian Forest Cat took place in 1938 at an exhibition in Oslo. At around the same time, the breed found attention in Germany, but after the Second World War, it was forgotten.

In the 1970s, the great Norwegians finally became popular again. The breed even received the title of Norwegian National Cat in 1972. It was recognized internationally by FiFé in 1977. 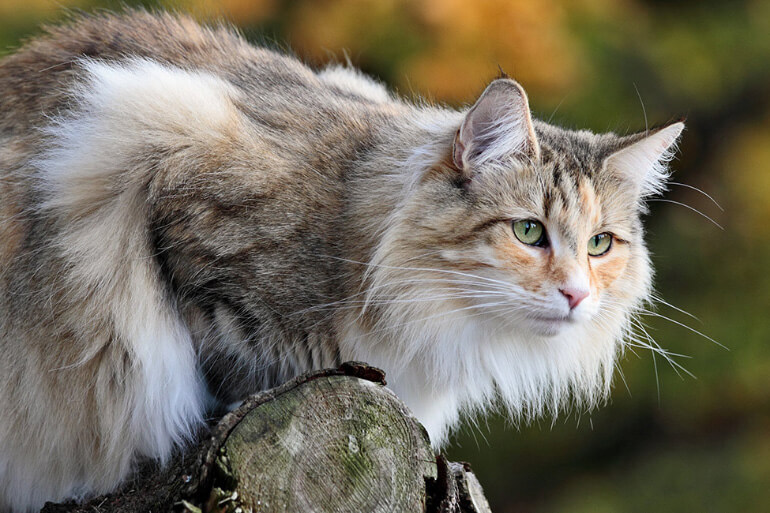 The Norwegian Forest Cat is described as good-natured and playful. She is considered a gentle velvet paw that accepts other cats in her environment. In keeping with their origins, the playful Norwegians climb a lot and enjoy being in the fresh air. As a rule, they are social and have a lively conversation with their people, but they do not chat as persistently as, for example, talkative Burma. 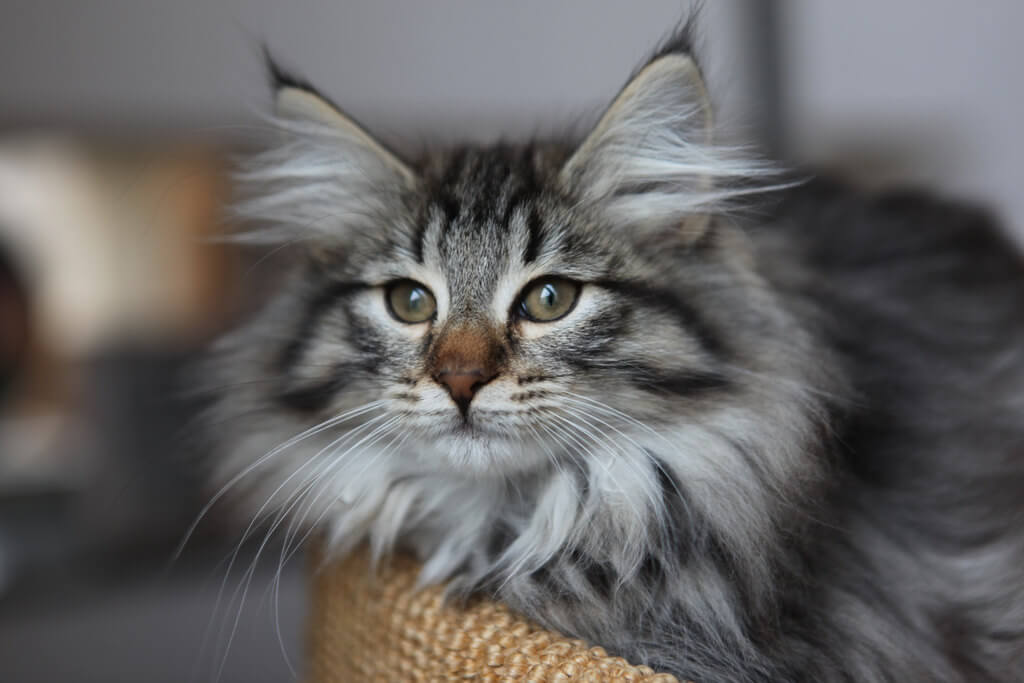 If possible, the sociable Norwegians should not be kept alone. Due to their origin, the beautiful animals are particularly enthusiastic about climbing in the great outdoors. They are also considered excellent hunters. In the best case, these needs are met with free access. Even cold temperatures cannot deter this breed. An apartment must offer a lot of space for the relatively large kitties. The animals are delighted with a balcony where they can get some fresh air and watch birds. A sturdy scratching post that does justice to your size and withstands your weight is a must.

The Norwegian coat requires regular grooming. It should be brushed and combed at least once a week, and daily brushing is recommended during the change of coat. Matted fur is extremely uncomfortable for a cat, interferes with cleaning, and reduces its quality of life. Grooming should therefore be taken seriously and not neglected.