The Nebelung is a people-centered cat that usually feels most comfortable in a quiet household without children. Often it is enough for her to stay in the apartment; the unpredictable situations in the open air tend to make her insecure. However, there shouldn’t be any objection to securing outdoor access in the garden. Hustle and bustle and stress are to be avoided, otherwise, the breed can react with stomach problems.

The Nebelung is a relatively young breed of cats. It originated in the USA in the 1980s. The breeder Cora Cobb mated a short-haired black cat with a long-haired black male. The cat Brunhilde and the tomcat Siegfried came from different litters but were each the only kitten with blue fur and a stature reminiscent of the Angora cat.

Both animals had the same parents and can therefore be described as full siblings. They are considered to be the progenitors of the Nebelung, which was recognized as a separate breed by the TICA in 1987. In the meantime, their standard has been brought into line with that of the Russian Blue. The only difference between the two races is the length of their hair.

Incidentally, the name of the Nebelung refers to the Nibelungenlied, after whose main characters the first parents Brunhilde and Siegfried were named. 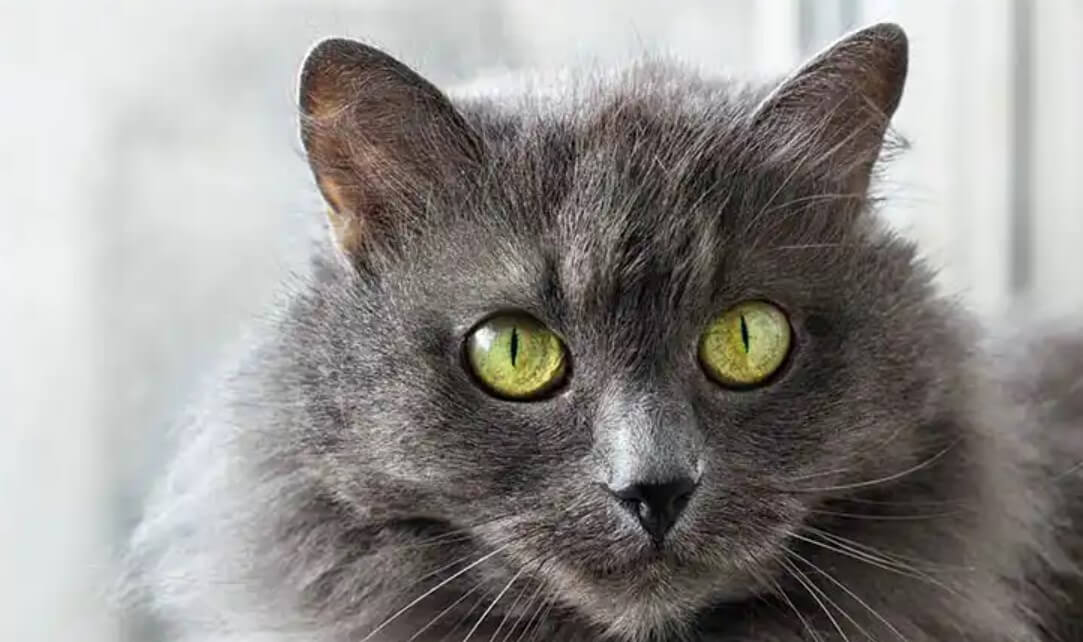 The blue velvet paw is considered sensitive and reserved. However, she is playful and curious towards her caregiver. She is affectionate but not intrusive. She can be sensitive to stress. As a rule, living in a flat is enough for her, because Nebelung can be unsafe and shy around strangers. Safe free running, in which she is not constantly confronted with new situations, therefore benefits her. She can be picky about food. The breed is often praised for its obedience and willingness to learn. 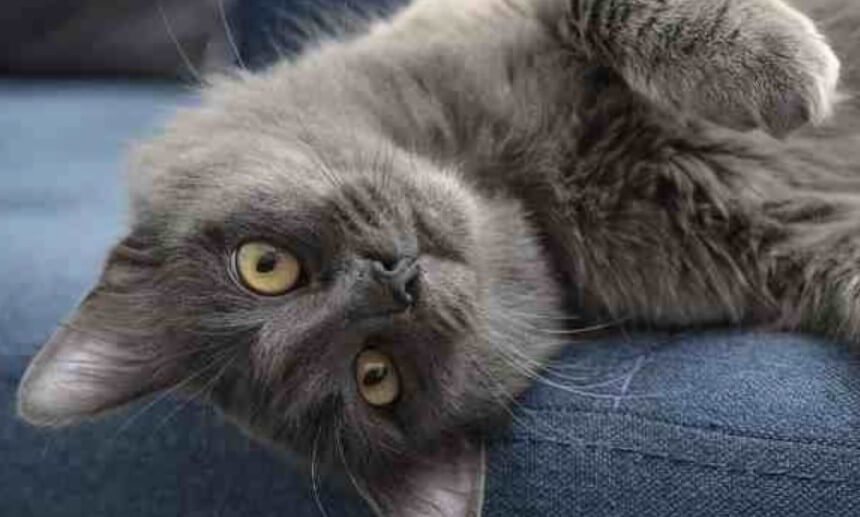 The sensitive Nebelung feels more at home in a quiet single household than in an extended family. Toddlers can be stressful for cats. It is therefore rather unsuitable as a family pet. If you still feel the desire for a blue cat, the playful and bright Carthusian / Chartreux may be an alternative. As a rule, children are not a problem for them. The Nebelung, on the other hand, likes it rather calmly. Excitement can lead to stomach problems. Overall, however, it is considered to be less susceptible to disease. She just can’t stand hectic. Their fur is rather straightforward to care for. Regular brushing, however, promotes the shine of the hair.