Since the Peterbald has almost no fur, it should definitely be kept as an indoor cat. In order for the active and curious cat breed not to get bored, however, they need a lot of space as well as enough activity and climbing opportunities. Peterbalds are very clever and are therefore usually happy when they can let off steam in intelligence games. With the appropriate socialization, the patient velvet paws get along very well with children and can therefore be kept in families without any problems.

Just like the Canadian Sphynx, the Peterbald is one of the so-called naked cat breeds and is said to have been the result of an experimental mating of a Don Sphynx male with a female Oriental Shorthair cat. The pedigree cat originally comes from Russia and was recognized there in 1996 by the SFF (Russian Selectional Feline Federation). The breed has been represented at TICA since 1997 and at CFA since 2003. It is different with FIFé: There the Peterbald is only temporarily recognized.

Since it carries a gene that causes hair loss, the Peterbald has very short fur, which is more likely to be referred to as fluff. Your skin is reminiscent of gray flannel and should feel like a horse’s snout. 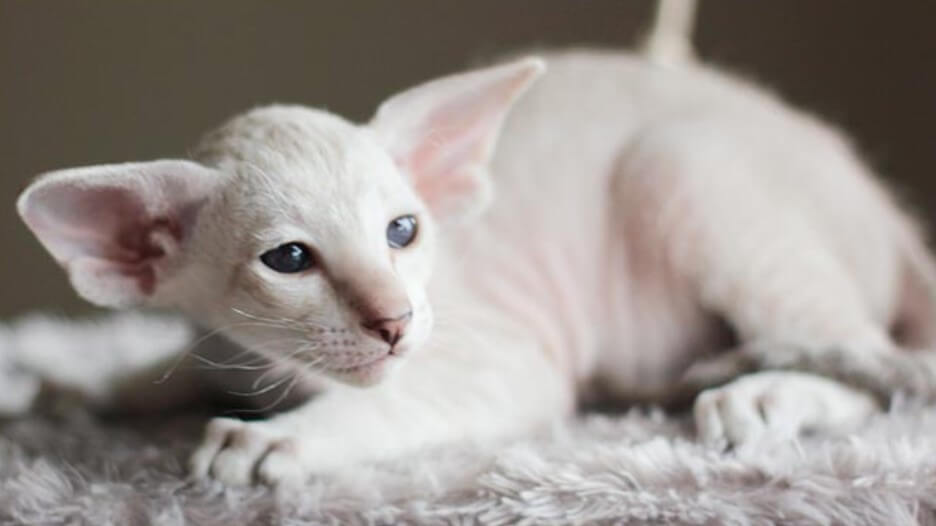 The Peterbald is usually described as a good-natured, peaceful, and curious breed of cats. She is also very smart and full of energy that she would like to live out in a sufficiently large apartment. Peterbalds are also considered affectionate. They spend a lot of time with their people and love to communicate with individual family members. They usually get along very well with other cats and animals, too, if they are appropriately socialized. 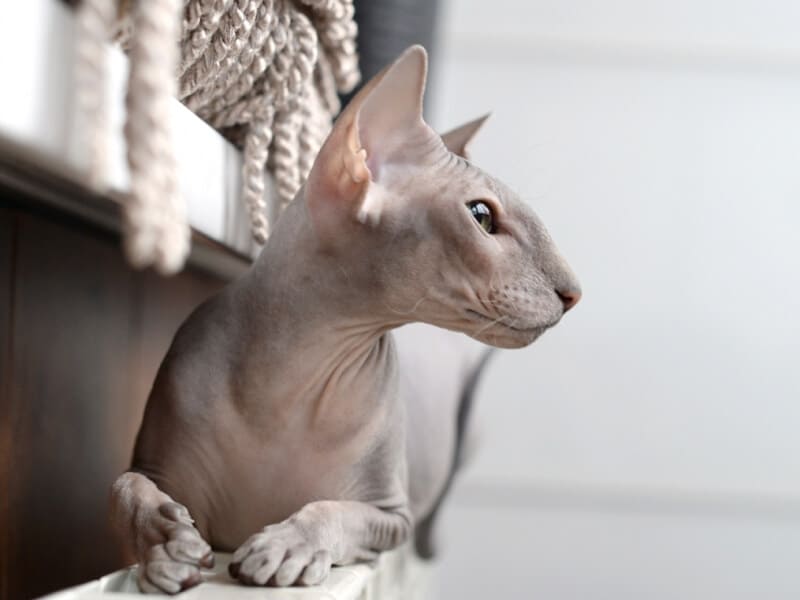 Since the Peterbald is a very gentle and patient breed of cats, it is a good fit for families with children. However, you should definitely do justice to the lively nature and their unconditional playful instinct and the Peterbald should provide numerous play and climbing opportunities. Many representatives of the breed are also happy when you train tricks with them.

Due to its special paw shape, the Peterbald is able to pick up food and small objects with its paws. Intelligence games, such as a fiddling board, are therefore just the thing for them.

The Peterbald is a very sociable breed of cats. That’s why she loves to be the center of attention and doesn’t like to be alone. Anyone who decides to keep this pedigree cat should therefore urgently think about acquiring a second cat.

Due to its very thin fur, which is more likely to be described as fluff, the Peterbald should be kept in the apartment, as it can burn itself in too strong sunlight or overcool in winter.