With a curious look and erect, pointed ears, the Schipperke is an extremely attentive fellow. The little Belgian Shepherd is known to be extremely vigilant, keeping an eye on its territory and pack. A reliable four-legged friend once guarded the workshops and offices of Belgian artisans and merchants. Today he is an affectionate family dog but needs to be challenged mentally and physically. 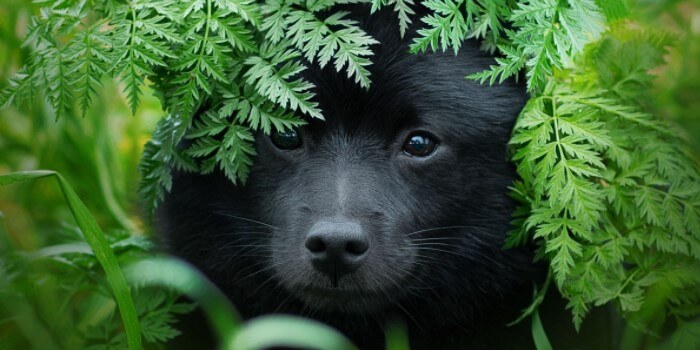 Schipperke means “little Shepherd” in Flemish. The genetic roots of the agile four-legged friend lie in Belgium and have not yet been fully deciphered. One thing is certain, the Schipperke was already one of the most popular dogs among artisans and merchants in cities like Antwerp and Brussels in the Middle Ages. It is related to the Belgian Shepherd, with which it shares a common ancestor: the so-called Levenaar. Schipperke has been bred in Belgium since 1885; just three years later a breed club was founded and breed standards were set. After World War II, the Schipperke almost died out. The FCI (Federation Cynologique Internationale) recognized the dog breed in 1954.

Schipperke is a born guard dog: he passionately and persistently guards the objects, territories, or people entrusted to him. He uses his loud, bright voice with great stamina. A living four-legged friend is rather reserved towards strangers. But even more, he loves his family: he is clingy, loves children, and needs a lot of intimacy.

Representatives of this Belgian dog breed are considered to be extremely hardworking, eager to learn, and persistent. They rarely rest: curious four-legged friends prefer to watch what is happening around them all day long. By the way, Schipperke is a passionate catcher of mice and rats. 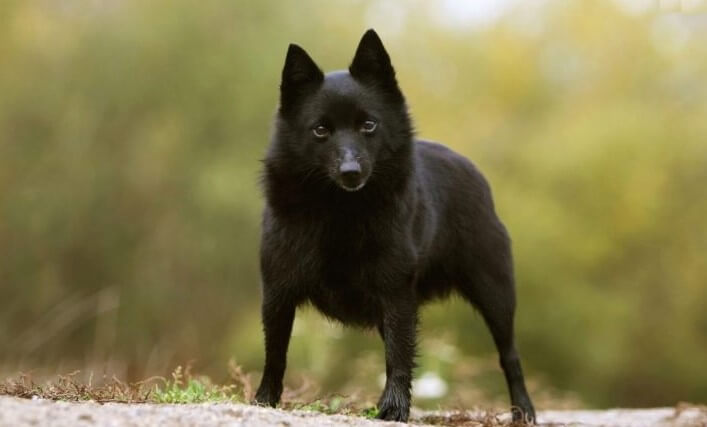 Schipperke is a very docile dog: if he is mentally and physically busy, he can be kept both in a city apartment and in the country. If a little Belgian is bored, he often becomes a barker. In addition to long walks, dog sports such as agility, dog dancing, or dog frisbee should be part of this dog’s weekly leisure program. Schipperke suits active people and needs close family relationships. Since he has his own opinion, it is important to educate him consistently and with love. You can find professional support at a puppy school or dog trainer. However, the most important condition for successful training is a close bond between dog and owner.

The coat of the Schipperke should be brushed once or twice a week, more often during the shedding season.

Already in the Middle Ages, this breed suffered from a genetic defect that led to taillessness. For a while, tailless Schipperke was even specially bred. However, today this is rejected by most reputable breeders.