With its wavy, long coat and funny face, the Norfolk Terrier makes an incredibly pleasant first impression. This lasts exactly the same time until the terrier notices the cat and, despite all the calls, hisses and goes hunting. The flamboyant hunting dog is a real challenge to train, but at the same time infinitely attractive: a small dog with a big nature! 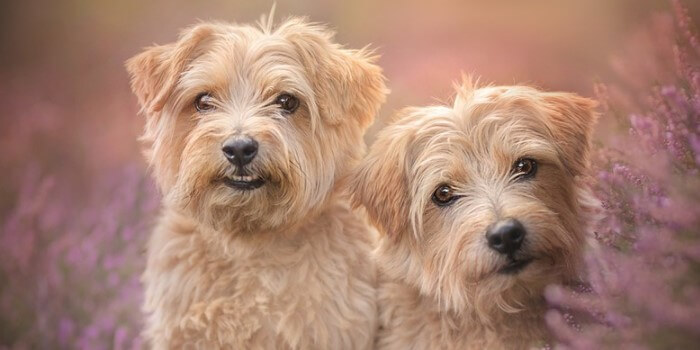 Terrier with a Rich History

Terriers have a long tradition in the UK. Already in the Middle Ages, they cleared cities and estates from rats and foxes. Until the modern Norfolk Terrier breed was created, there were many crossbreeds with similar breeds. Only in the last century was the Norfolk breed officially introduced, which differs from the pointed-eared Norwich Terrier only in its curved ears. For almost 100 years, the sturdy little dog is no longer been a hunting dog, but a popular family dog ​​and companion dog. Their charm wraps around the little fingers of their owners and often helps them cope with the strange pranks they pull.

In short: the Norfolk Terrier is a sly dog! Small dogs are smart, cheeky, and have a strong character. There is no such thing as giving up – whether it’s about chasing prey or following commands. It has your own opinion. Like the Pied Piper, the breed needed a lot of courage and self-confidence. They also bring these qualities with them as they live with us humans. They are very loud guarding their homes and people, as they love to bark very much. Little thugs show their soft side towards family members and especially children. . They are patient roommates, ready for any nonsense, and love to play. Good socialization is a must for the Norfolk Terrier. However, kennel schools and trainers should be experienced with the typical characteristics of the terrier.

Training & Maintenance of the Norfolk Terrier

Bred to be independent, Norfolk Terriers are highly intelligent and trainable but have little desire to please. His upbringing must follow a clear line, which is consistently adhered to from the day of his entry. Anyone who is negligent here may soon have a little tyrant in the house who gnaws furniture and shoes, constantly barks and digs up the garden. 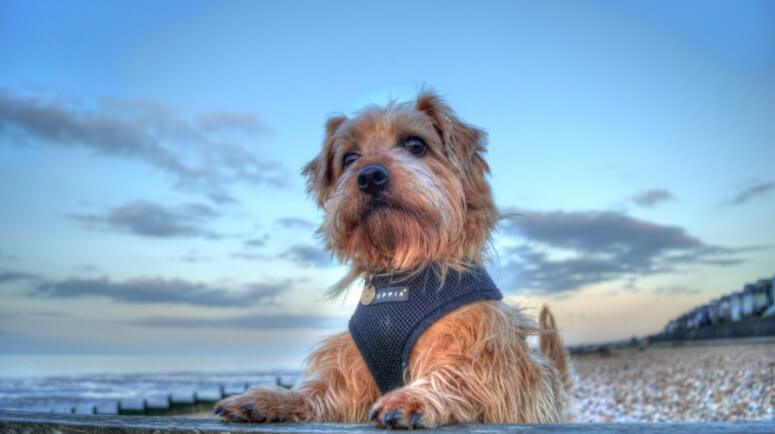 When training, special attention should be paid to the hunting instinct. Life with cats and small animals is generally difficult. Never leave your Norfolk alone with available four-legged roommates. When you run free, you should expect your terrier to run if you see the game. With a tow rope, you protect your dog and game from injury. It is best if your Norfolk Terrier is given a task. His favorite dog trick is search games. Be careful with very active games like throwing a ball or agility. This can boost your terrier’s adrenaline levels and overexert him rather than keep him occupied.

The strong, long coat of the Norfolk Terrier has a thick topcoat that needs to be trimmed two to three times a year. Scissors are not recommended. To keep long hair clean and free from tangles, it must be combed thoroughly several times a week. It also reduces shedding. With good care, the Norfolk Terrier can live up to 15 years.