Small, slender, elegant, and with a charming personality: the Russian Toy is a cute dog, somewhat reminiscent of a deer pinscher, and a characteristic companion. The term “toy” should not be taken literally; in English-speaking countries, it is a general term for small companion dogs (as opposed to “serious” working dogs). The Russian Toy is a great choice for dog owners looking for a friendly and intelligent four-legged friend in a “handy” format. 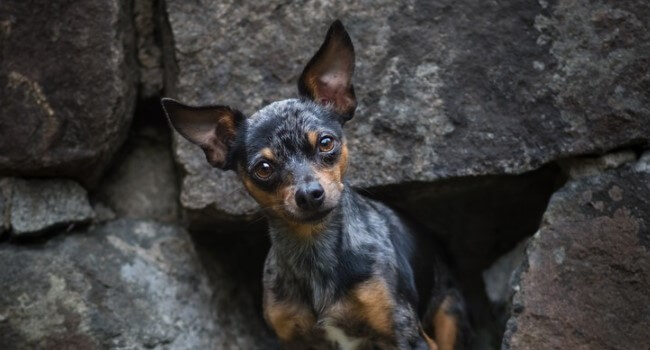 History of the Russian Toy Breed

At the beginning of the last century, English Toy Terriers were very popular in Russia; however, the breed diluted over time. In the 1950s, breeders tried to return to standardized rearing methods. This led to a random mutation in the form of a dog with long hair on the ears. It was also possible to bring this trait into the gene pool. The Russian Toy has become an independent version of the popular small dog. The FCI (Federation Cynologique Internationale) has recognized the breed since 2006.

The Russian Toy is an active, playful, and cheerful dog. He is friendly, non-aggressive, and generally gets along with other dogs, as well as other pets and children, as long as they handle him carefully. The four-legged friend is attentive and agile, faithfully follows his human, and demonstrates exemplary obedience if well trained. However, if he is not challenged, he tends to bark. 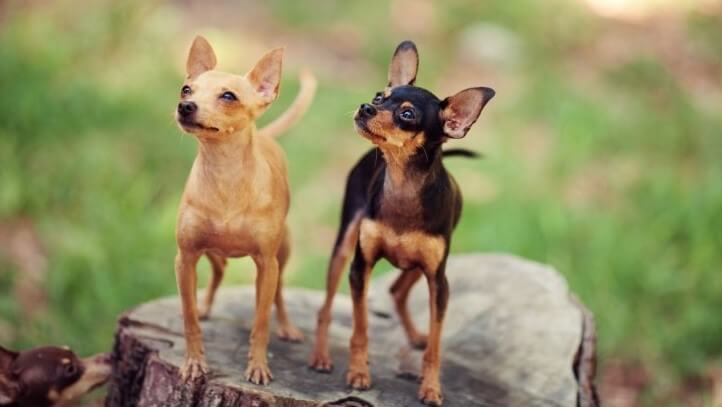 Since the Russian Toy has a strong “will to please” – a desire to please – his upbringing is usually not a problem. Of course, communicating with them requires patience, gentle constancy, and a certain “dog instinct”.

Even if a fur nose can easily live in an apartment due to its mini size, it needs a lot of exercise and outdoor activities. Keep in mind that your four-legged friend is a terrier. Russian Toy does not easily get rid of a pronounced hunting instinct.

Grooming is simple: comb your shorthaired dog from time to time with a massage glove. This is a daily procedure for long-haired animals so that the coat does not tangle. In addition, the eyes should be cleaned every day so that drying tear secretions do not cause inflammation. Like many small dog breeds, the Russian Toy is prone to tartar formation, which can be prevented by regular brushing.

Basically, the Russian Toy is a dog with a strong build. However, in breeding lines with little genetic diversity, health risks such as dwarfism, eye, and heart disease, or patellar luxation (protruding patella) can be inherited. Responsible breeders do their best to avoid such problems. Therefore, buy a Russian Toy from reliable suppliers.