His beauty makes him a star at shows, but the agile Poodle is anything but a fashionable dog: smart, athletic, and friendly to people, an attractive dog is just as suitable as a family member and for responsible canine jobs. Whether you choose the tiny Toy Poodle or the impressive Standard Poodle, that’s secondary: this particular breed is charming in all sizes and colors. 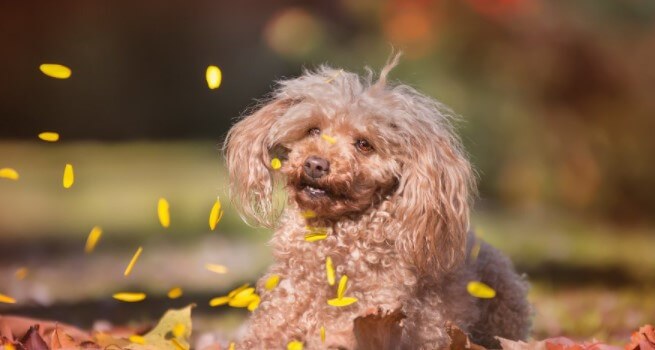 From Duck Hunter to Companion Dog

The Poodle is one of the most popular dog breeds. The word “Poodle” comes from the ancient German word “puddle”, that is, splashing in the water. A reference to the early use of Poodles as hunting dogs for waterfowl. France is considered the country of origin of today’s purebred dogs. At the end of the 19th century, high society became interested in the Poodle. The friendly dog ​​with a slightly dancing gait soon became a fashionable companion dog for women.

The personality of the Poodle is an irresistible mixture of intelligence, charm, hard work, great friendliness, and sociability. The Poodle is looking for connections with his people and wants to be with them everywhere. Due to these qualities, the poodle is also used as a talented service dog, guide dog, guard dog, and rescue dog. He also has a penchant for self-expression and showmanship: Poodles love to be liked and recognized.

Training & Maintenance of a Poodle 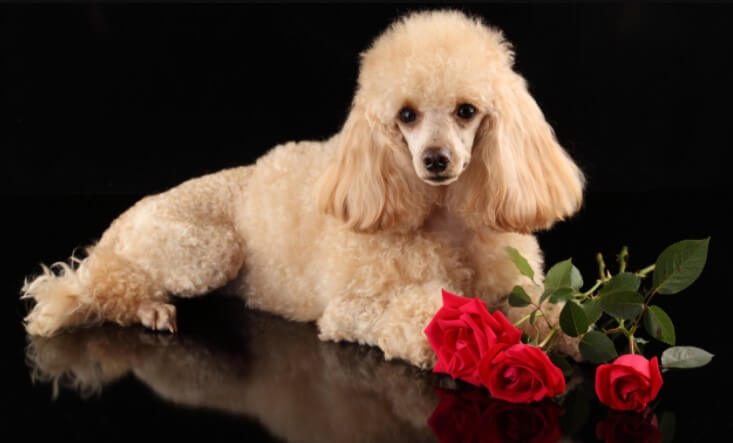 His friendliness and intelligence make the Poodle an easy dog ​​to train. He is alien to imperious behavior or stubbornness. However, the animal needs stimulation and exercise near you: with a Poodle, you will find a persistent running partner who is also suitable for agility, obedience. When keeping it, you should always make sure that your Poodle does not get bored, because underdeveloped animals are nonsense. Although Poodles are alert, they are only partially suitable as guard dogs. With sufficient physical activity and walks, the Poodle feels comfortable in a city apartment. Please secure the existing balcony well as curious animals can easily get in there. Since the Poodle’s coat does not shed, the Poodle is also suitable for allergy sufferers.

The Poodle’s cute curly coat requires special care that goes far beyond casual grooming: you should brush the dog daily and bathe it regularly, which is only necessary in exceptional cases with other breeds. Once every two months, entrust the taming of fast-growing wool to an experienced groomer or acquire the appropriate skills to work with a trimmer.