Intelligent, curious, full of energy, and devoted to his owner, the Irish Setter is a passionate hunting dog, but absolutely needs the companionship of his family. If he is not kept as a professional detective, then he needs to be occupied with something: looking for tracks, picking up and running a lot – this is the ideal daily routine of a red setter. If he is busy, he behaves at home like a balanced and affectionate family dog, which is also faithful to children. 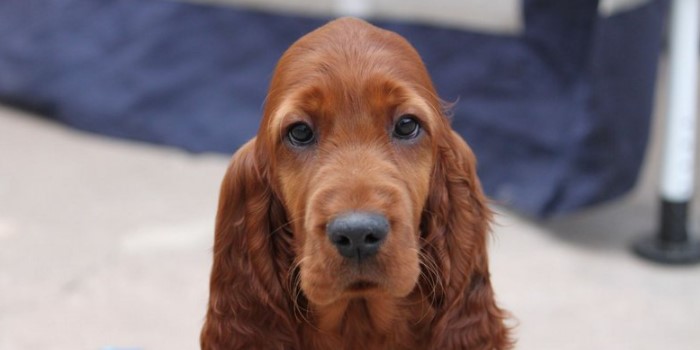 Passionate Hunter from the Emerald Isle

As the name suggests, the Irish Red Setter is originally from Ireland and has been bred there as a hunting dog since the 17th century. His ancestors were Irish Red and White Setters, Spanish Pointers, and French Spaniels. The traditional Irish Red Setter Club, which is still responsible for breed standards, was founded in 1882. The red setter is mainly used for hunting and tracking poultry. He acts with a great deal of sensitivity: instead of scaring off his feathered prey, the setter tracks it down and points it out to its owner. This quiet standing, mostly with the front leg raised, is called “set” in English, which means something like “freeze” or “fix”.

The Irish Red Setter is a very energetic and trainable dog. In other words, he wants to work. With his temperament and curiosity, he motivates his owners for active play activities and long walks, from which he returns balanced and clearly satisfied. His open nature and his outgoing nature make him a loving family dog, but not a guard dog. The Red Setter is loyal to his guardians and extremely affectionate. Most dogs of this breed become unbalanced, nervous, or insecure when they cannot live out their lust for action. 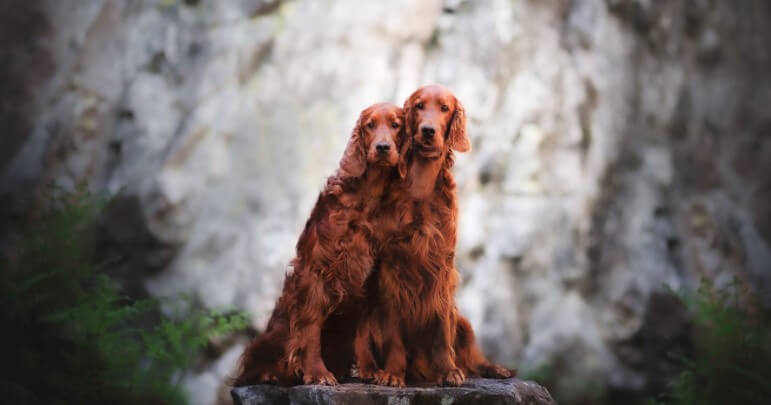 Since the Irish Red Setter is somewhat stubborn in nature and rather self-confident, he needs consistent training from the start. However, a sensitive sense of smell is in no way suitable for kennel content. If the Irish Setter is kept as a family dog, he needs to move a lot: long daily walks and fixed playtimes are a must for this breed. Red Setters have a very popular attribution: they love training with a dummy and are not afraid to jump into the water. With proper socialization and training, most Setters get along well with peers and children.

The Irish Red Setter has a thick, chestnut brown, fine coat that needs to be brushed regularly. He does not pay attention to his shiny long hair when he walks around the neighborhood and often returns home completely dirty. Therefore, the owner of the Setter should not be too sensitive. In addition to daily or weekly grooming, give regular attention to your dog’s ears and remove dirt from his long, floppy ears.