Nihon Supitzu – that was the name of the Japanese Spitz in his homeland in the Far East. Compared to the time-honored traditional breeds, the elegant little dog is not long at home. Despite the striking resemblance to the German Gross or Mittelspitz, the Japanese Spitz differs from its European counterparts in several details. Probably the most important advantage of the little Japanese: he does not bark. 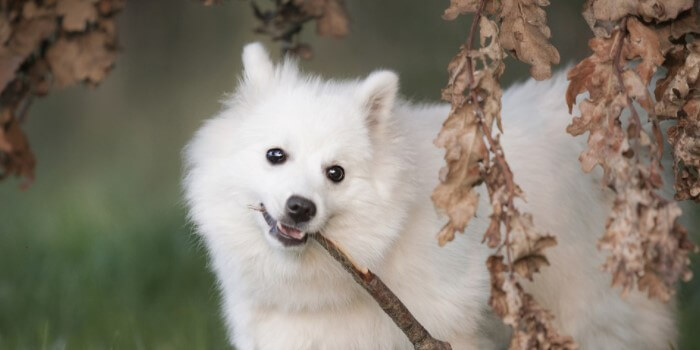 The origin of the Japanese Spitz cannot be clearly ascertained. However, most likely, it is directly related to the German Spitz, which came to Japan through Russia and China in the early 20th century. In addition, animals were imported from China and North America for the purpose of breeding Spitz. The Small Japanese Spitz was not bred as a separate breed until the 1930s. Since 1948, he has been recognized as a breeding dog in Japan. Recognition by the International Cynological Federation of Breeders (FCI) occurred in 1964.

Nature of the Japanese Spitz

Japanese Spitz is a smart, smart four-legged friend. They are playful and agile, but not overly energetic. Dogs are on the lookout; nothing escapes them. Animals develop a close bond with their human pack, including children and possibly other pets, and are affectionate and loyal. The “will to please”, that is, the desire to please people, is very pronounced in Japanese Spitz. At first, he is suspicious of strangers but does not immediately go for a confrontation, like some other representatives of the Spitz. The dog prefers to be in the center of the action so as not to miss anything that is happening around him. In a well-socialized Japanese Spitz, you will find an uncomplicated companion with a cheerful disposition.

Training & Maintenance of the Japanese Spitz

Grooming a Japanese Spitz is a little more difficult than a shorthaired dog. The dog needs to be brushed regularly (daily during the coat change). Dental care also needs your support: To prevent tartar, brush your dog’s teeth at least once a week with a dog toothbrush.

Features of the Japanese Spitz

Like many small dogs, the Japanese Spitz has an increased tendency to dislocate the patella, i.e. to the protrusion of the patella. However, this is not a breed-specific problem. The tear ducts can also become clogged in Japanese Spitz. A disease that is really noticeable in Japanese Spitz is distichiasis. Small hairs on the edge of the eyelid constantly irritate the cornea. Responsible breeders try to counteract this hereditary phenomenon.