The Miniature Poodle is a colorful four-legged friend who will not be left behind. With his charm and involuntary comedy, he will amaze you and make you laugh. At shows, in dog sports, or as a therapy dog at school – the extraordinarily intelligent pygmy Poodle moves confidently and in good spirits at every step. 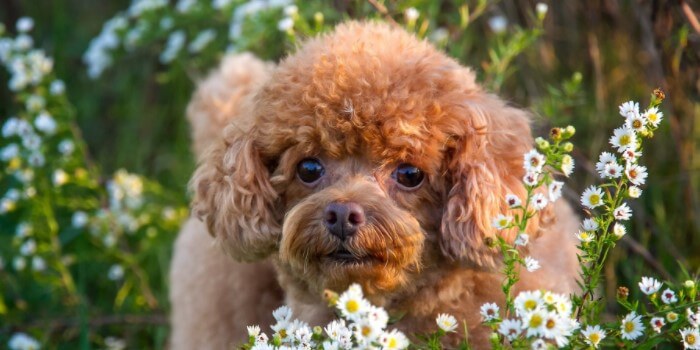 The origin of the Poodle will never be known for sure: it probably comes from France, where it is called “Kanish”. The breed was mainly used for duck hunting. The direct ancestor is thought to be the French Water Dog, with whom he shares his passion for water of all kinds.

But Poodles were popular not only with hunters: in the 17th century, smart four-legged friends won the hearts of the nobility and became more and more companion dogs. Extremely obedient and agile, they subsequently performed in circus arenas and delighted the audience with all sorts of tricks. In 1936, the Fédération Cynologique Internationale (FCI) recognized Standard and Miniature Poodles as dog breeds. Today there are two more representatives of their kind: a dwarf and a toy Poodle. The Miniature Poodle, up to 45 centimeters in size, is the second-largest Poodle.

Personality of the Miniature Poodle

Always in a good mood, charming, and very enterprising – this is how the Miniature Poodle manifests itself in everyday life. With above-average intelligence and a loyal eye, he is quick to fool his guardians. Besides, he doesn’t want to leave you. He would like to play, walk all day. And he often demands this attention and pokes you with his nose. It willingly accompanies you when you are walking, jogging, or cycling slowly. As the perfect playmate for children, he is incredibly affectionate, yet has a mind of his own.

The Miniature Poodle is an athletic dog and needs plenty of exercise: long walks in nature are a must. But it is also designed for dog sports such as agility or dog dancing. You can mentally challenge and cheer up your ready four-legged friend with little doggy tricks. 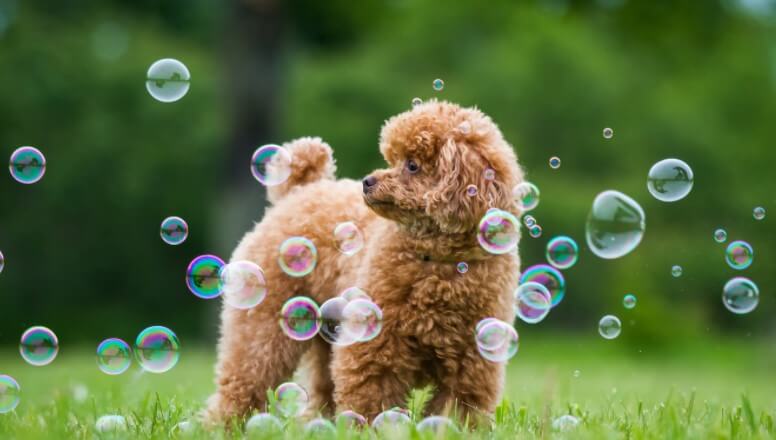 The hunting instinct is still present, but it is usually not strong and can be easily controlled with consistent training. Poodles love to trot and can rarely resist a dip in cool water. If a Poodle is socialized early—for example, at puppy school or dog parks—it will quickly learn to treat strangers and other dogs with respect. Thanks to its convenient size, the Poodle can be taken with you anywhere.

Caring for a beautiful coat is quite laborious: at least once a week, it is necessary to comb and comb the coat thoroughly, as loose hair usually just gets stuck in the coat. This breed requires regular grooming every six to eight weeks. The good news is that the Miniature Poodle sheds very little.

Poodles are prone to genetic eye diseases such as cataracts or PRA (progressive retinal atrophy), both of which can lead to complete loss of vision. Responsible breeders exclude sick animals from breeding.