In the 1990s, the West Highland White Terrier became a fashion dog. The snow-white curly head with beady eyes has become a popular family companion. But honestly, it’s hard not to fall in love with Terrier: the baby will inspire you with his affectionate and funny nature, as well as his vigilant self-confidence. But the glib White Terrier is by no means a lap dog. 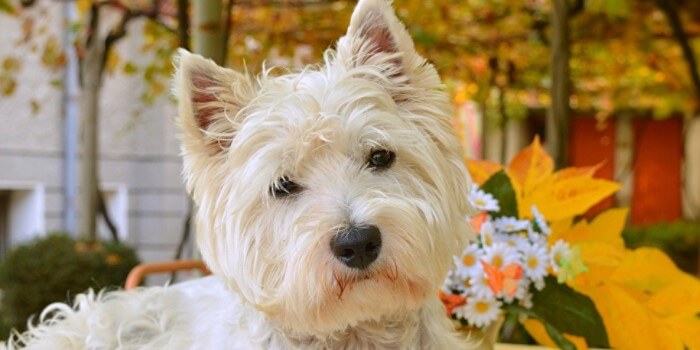 From Fox Lair to Advertising

In the Scottish Highlands, terriers specialized in fox hunting. Because they had to follow their prey into the burrow, the dogs couldn’t be too big. Colonel Edward Donald Malcolm is considered the founder of the West Highland White Terrier breed. He mistakenly shot his own dog, a brown Cairn Terrier, while hunting, and was so alarmed that he continued to breed dogs that matched the color of the game—preferably white. The bright color of the waterproof coat made the new terriers well recognizable even in the notorious British foggy weather. Breed standards for breeding West Highland White Terriers have been in place since 1905. Today, the Vesti is primarily used as a family dog. In the 1990s, the media revealed the terrier’s star qualities.

The temperament of the West Highland White Terrier reflects many typical terrier traits. Dogs are alert, bold, and self-confident. Her ego is much bigger than her little body. They have a very attractive charm, bright, cheerful, and daring. They show great affection for their owner and meet other animals cheerfully, confidently, and without aggression. Good compatibility is due to the history of the breed: as a pack dog, the West Highland White Terrier was expected to cooperate well in a team. Children, too, usually find a playmate in dogs as soon as they learn how to handle it properly. 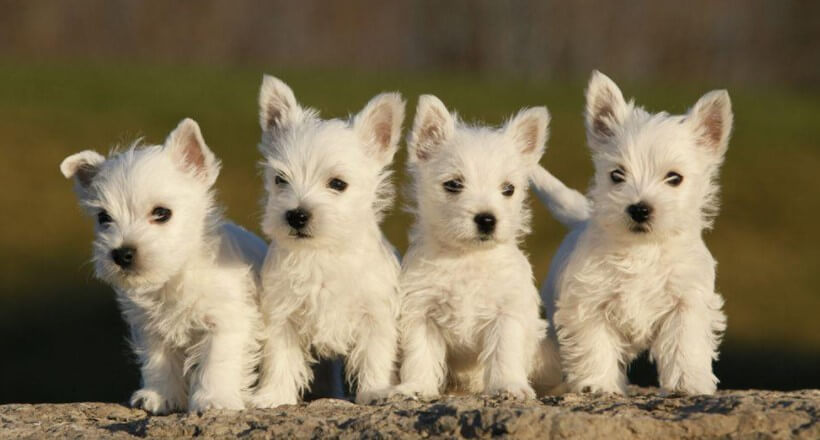 Like most terriers, White Terrier has a peculiar character, the upbringing of which requires consistency and clear boundaries. The West Highland White Terrier is a very active and persistent dog with a strong hunting instinct. Many exercises and games are elementary to keep the animal occupied and physically unbalanced. Especially with search and tracking games and obedience training. You meet a dog because rummaging and sniffing his passions. In his own home and garden, the West Highland White Terrier reliably reports every incident. His tendency to bark doesn’t necessarily make him a friend of all the apartment building neighbors. Due to its small format, it is generally suitable as a roommate in an apartment building. By the way: since the White Terrier hardly sheds, it can also be considered for a family with allergies.

The West Highland White Terrier is generally a very robust dog. You should also pay attention to his skin, prone to allergies and dehydration. Give your dog a thorough grooming regimen with daily combing and brushing as you pluck out loose hair. You should also rarely bathe the dog and use a special shampoo for terriers. West Highland White Terrier is sensitive to heat and should always be able to find a shady spot in the summer. Sometimes health problems arise, such as a dislocated patella and vulnerability of the liver and ureters.