Elegant, intelligent, and sensitive – this is how the Gordon Setter positions itself. The brave four-legged friend is a hunting dog through and through and needs plenty of exercises. If he is physically and mentally busy, the smart Setter becomes a sweet and affectionate family dog in his home. 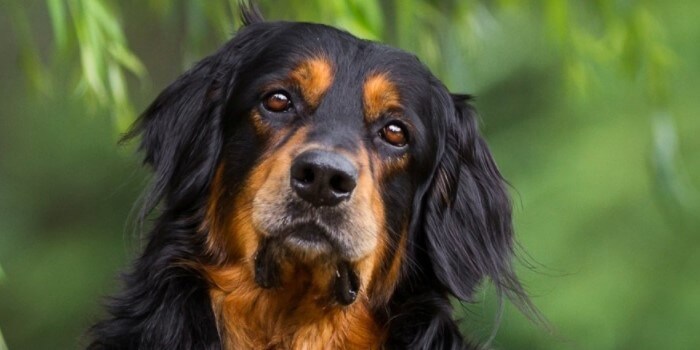 Impatient Dog from the Scottish Highlands

The ancestors of all English Setters are the so-called guard dogs, which have been used to hunt poultry in the British Isles since the 18th century. Among their ancestors are pointers who came to England in the early 18th century. Setting the dog means pointing the dog. These hunting dogs indicate to the hunter on the game: the animals take a rigid, upright posture and in many cases raise their front legs. The Gordon Setter, also known as the Scottish Setter in the past, takes its name from Duke Alexander of Gordon of Banffshire, Scotland. Since 1810, an enthusiastic dog lover devoted himself to breeding this breed, not yet recognized at that time. Only from the middle of the 19th century, Setters began to be divided into four breeds: the Irish Setter, the English Setter, the Irish Red, and White Setters and the Gordon Setters. In 1924, the Kennel Club officially recognized the breed in England.

The Gordon Setter is a passionate, capable and courageous hunting dog. He has an open and balanced character. Due to his composure and social skills, he is also ideal as a family dog ​​and companion dog. The sensitive four-legged friend is extremely fond of children, affectionate, and in need of hugs; However, he meets strangers with shyness and reserve. The Gordon Setter needs close family bonds – it is absolutely not suitable for keeping in a kennel. 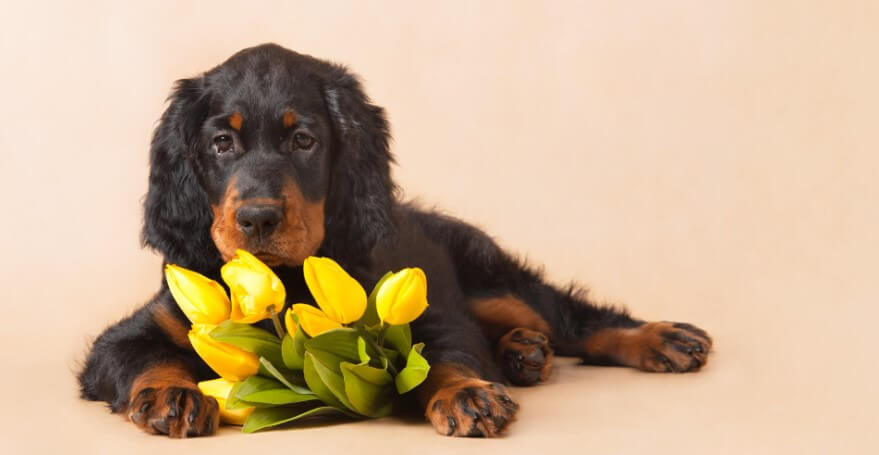 The very pronounced hunting instinct of this Setter requires professional and consistent training: even if you do not use the dog as a hunting dog, it is advisable to have obedience training of hunting dogs in a canine school. If you don’t do this, you will most likely have problems keeping this pointer out in the wild. Since Gordon Setter is very sensitive, you must be consistent but always careful when training him. The four-legged friend requires clear guidance but does not forgive rudeness. Physical activity is a prerequisite for his almost elegant composure: he loves nature, loves to use his nose, and loves to runs. Long walks, hikes, bike rides, and dog sports can replace hunting and complement the Gordon Setter.

Grooming the Gordon Setter is relatively difficult: the medium-length coat needs to be combed every day to keep it from tangling.

Features of the Gordon Setter

The Gordon Setter has a genetic predisposition for hip dysplasia (HD), Nervosa ataxia, and vision problems. Responsible breeders seek to eliminate these diseases through appropriate breeding selection. Therefore, when looking for a Gordon Setter puppy, contact a reputable breeder.