This dog looks ferocious as if contemplating who to bite next. All Prejudices: The English Bulldog is a sweet dog with a gentle disposition and a big heart. 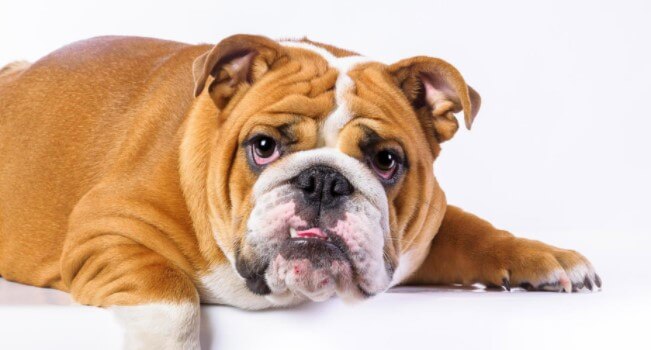 From War Machine to Family Friend

The so-called “Bund Dogs” are first mentioned in England in the 13th century. Animals were used as bull-biters and had to prove their strength and fearlessness in dog fights for a long time. Fortunately, they are now banned. In 1864, the first “Bulldog Club” in Great Britain undertook to renew the breed and turn it into a friendly family dog.

In the English Bulldog, personality traits such as pride, self-confidence, and stubbornness are combined with a soft side. Dogs are extremely sensitive. Your dog’s gentleness is expressed in a great need for hugs, love, and friendliness towards children. The English Bulldog does not tolerate rejection. She must always be sure of the love of her people. Although the animals are active and alert, they still have a tendency to coziness, as their condition is not very good. Relaxed cooling is closer to the dog than sweaty active sports. The nature of the English Bulldog also includes a good dose of humor: dogs can be real clowns and love to make their people laugh and thereby attract attention and praise.

Training & Maintenance of the English Bulldog 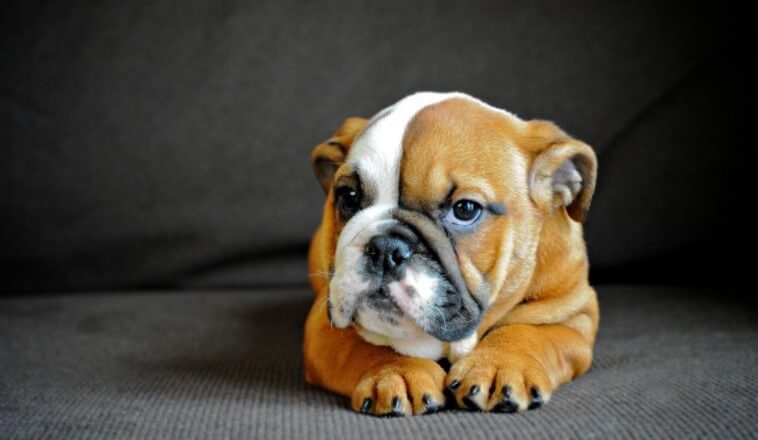 Training and coercion are out of place in raising an English Bulldog. Although she appears stubborn at times, she is easily trained to become a dutiful housemate with perseverance and loving consistency. Dogs are wary of strangers. They then strike a pose and, without becoming aggressive, display their muscle-like features. If you need a dog that will act as a discreet bodyguard, you have a reliable and loyal four-legged friend next to the English Bulldog. In a familiar company, this mastiff shows his best side and constantly requires strokes. A close bond with the human pack is extremely important. The English Bulldog usually gets along well with relatives and other animals, as long as they are not attacked. She then shows herself on the defensive. Due to the rather moderate craving of animals for movement, their maintenance is also possible in a city apartment; of course, sufficient daily exercise and walks must be provided.

For short coats, occasional brushing is sufficient. Brushing is useful as a massage to stimulate circulation. Already massive animals are prone to overweight and, as a result, to problems with breathing and joints. Although English Bulldogs are very sweet beggars and have a good appetite, make sure your dog doesn’t get too fat. Particular attention is paid to the skin folds on the face required. To prevent inflammation, they must be cleaned regularly, for example with baby wipes. Unfortunately, English Bulldogs are prone to breathing problems due to their short muzzle. Fortunately, modern breeders try to avoid extreme manifestations of typical breed traits.