Small bichons are created to accompany and please their owners everywhere. The Bichon Frisé, whose name translates as a curly lap dog, does this job very well. The breed is often recommended for first-time owners, as the little furry friends forgive mistakes in their upbringing and are known for their patience.

External Characteristics of the Bichon Frise

The little puppies rarely grow to more than 30 cm (according to the breed standard of 25 to 29 cm measured at the withers) and weigh only about 5 kg. The body shape is difficult to recognize because of the heavily curly coat – the coat should therefore be regularly shaped by a dog groomer to emphasize the natural body shape.

Identifying features according to the breed standard 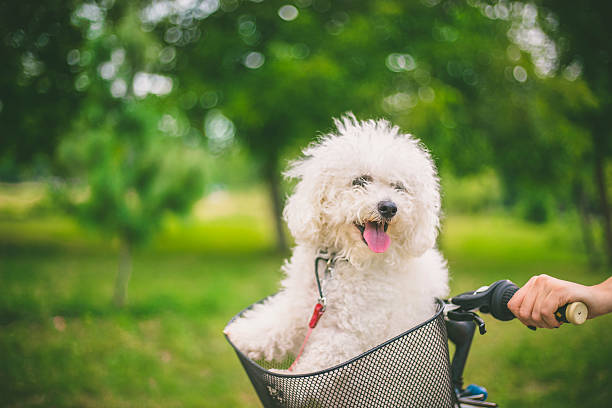 Coat and color: An unmistakable characteristic

The Roots of the Bichon Frize – Where Does the Lapdog Really Come From?

Bichon-like dogs were already widespread in ancient Egypt and were traded among kings and nobles all over Europe to Russia in the Middle Ages. Formerly known as the “Tenerife Puppy” or Teneriffe Bichon, the Bichon Frize was created by crossing small water spaniels with the white lapdogs of the wealthy. Because of its resemblance to the French barbet, it was initially called the Barbichon, from which the name Bichon developed for this small group of hairy sunshine. The Russian Bolonki later emerged from the breed.

Close relatives of the breed

In the 19th and early 20th centuries, bichons were less in demand, and in some towns, they were also common as street dogs. In 1933 the breed was officially recognized in France. In the United States, the first breeding dogs were not introduced until the 1960s, when lapdogs slowly regained popularity.

The Sunny Character of the Bichon Frise

Bichons are becoming more common in urban areas and are perfectly adapted to life in big cities. Since office dogs are now allowed almost everywhere and remote jobs are becoming the norm, many single owners and career people opt for a Tenerife puppy as a companion. But families in the country also make the little curly heads happy – as long as they are loved, they can really live anywhere.

These qualities make him so popular

Adopting a Bichon Frize from an animal shelter 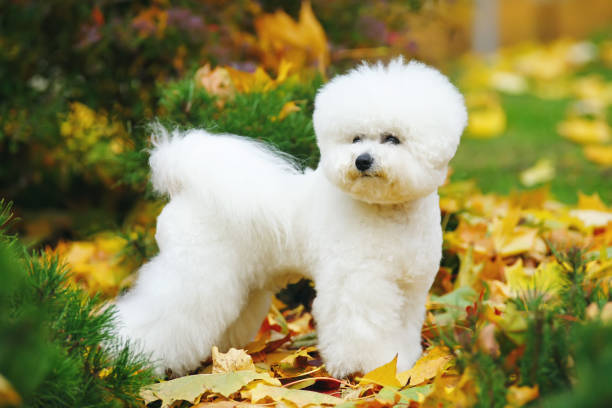 As the breed is currently gaining popularity, the illegal trade in puppies is also on the rise. Whole litters end up in animal shelters more and more frequently. Mass bred puppies and small furry dwarfs abandoned by their owners for other reasons may not exhibit all of the typical behaviors listed above. Give your four-legged friend some time to heal, then you can watch how he regains more and more zest for life and develops into a completely normal companion dog. Bichons in particular, with their confident and friendly nature, tend to overcome bad experiences very well.

Training and Keeping Bichon Puppies – Small, but not a Cuddly Toy

Admittedly, toy breeds are adorable, always in a good mood, and will never complain if treated like little stuffed animals. Male dogs rarely mess with others and hunting instincts are easy to manage if they show themselves at all. Nevertheless, Bichon puppies naturally need basic training so that they do not endanger themselves in everyday life and remain calm even in stressful situations.