When your cat bites you, it is often not a sign of malice. Sometimes your puss is just playful – or has had enough of your pats. But what does the tender nibble mean? Your animal world has the answer.

Is there a difference between bite and bite? Yes – at least with cats: While aggressive bites are more likely to result from fear, defense, or territorial behavior, the kitties can bite almost lovingly. In English, one speaks of “love bites”, that is, of love bites. 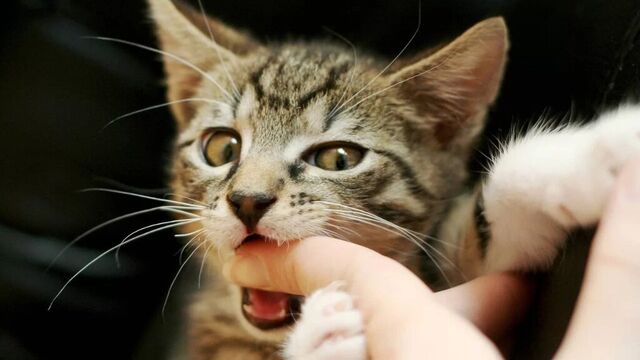 Many cat owners are probably familiar with this situation: they have just been cuddling their velvet paws peacefully, perhaps petting them extensively – and suddenly they are gnawing their fingers or their hand. Most of the time it pinches something, but it does not result in a bleeding wound.

But why does the cat bite when you’ve just had such a good time together? The answer is pretty simple: Your attention has probably become too much for the kitty.

The term “love bite” is still a bit misleading. Because even if affection was involved in the previous game or cuddling, the biting is a clear signal: That’s enough now.

It sounds crazy at first, but too many pats can actually be uncomfortable for cats. The reason for this is the so-called “caress-induced over-stimulation”. “The hair follicle receptors can only take a certain amount of petting before it hurts,” Jackson Galaxy, an animal behavior expert, told the Sydney Morning Herald.

When the Cat Bites Lovingly – and When It Bites Aggressively 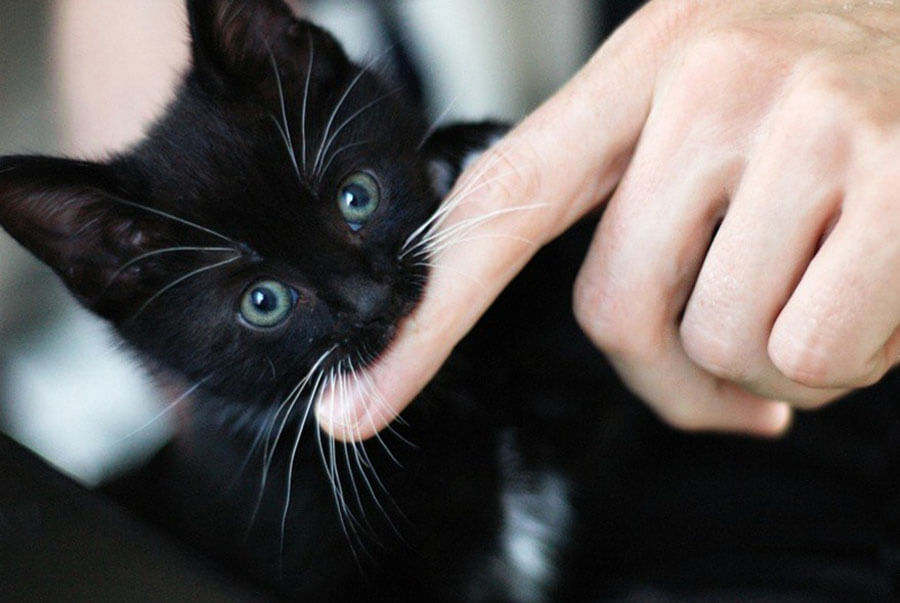 How do you distinguish aggressive bites from those more cautionary ones? Especially in the context: “It starts with licking, which becomes more and more intense until you can feel the small teeth,” explains veterinarian Dr. Wailani Sung to “PetMD”. In addition, the kitty shows no other aggressive behavior, such as hissing, growling, or scratching. “Usually the entire body language of the cat is quite relaxed, although it can become a little tense just before biting,” says veterinarian Dr. Liz Stelow.

It doesn’t have to get that far, however: Your cat often shows beforehand that it is no longer feeling well. For example, by widening her eyes or putting on her ears. If you notice these signs, just leave your kitty alone – and you’ll be fine.

It is also important not to punish the cat. Even if it may be your first reaction: You should never shoo the kitty away, shake it or grab it by the neck. This could only result in your cat reacting with real aggression – and making it dangerous.

Dr. According to Karen Becker, there is also another type of “love bite”: the playful bite. Some kittens just play very wildly and exuberantly. This also means that they playfully bite their siblings. Some kitties also display this behavior in their humans – but not because they have had enough, but because, on the contrary, they want our attention and want to play with us.

In the end, it depends on how well you understand your velvet paw and how you can interpret their behavior. The more sensitive you get to their mood, the fewer misunderstandings there can be – and the less chance your cat will bite you for whatever reason.