Can’t go wrong with feeding your cats? Unfortunately. Your animal world reveals the most common mistakes – and how to avoid them.

Of course, what exactly you give your cat to eat plays an important role in its health. However, HOW we feed cats is almost as important. Because not only do cats have certain requirements, some aspects of “typical” cat feeding also hardly correspond to their natural eating behavior.

Therefore, here are common mistakes when feeding cats – and how to avoid them: 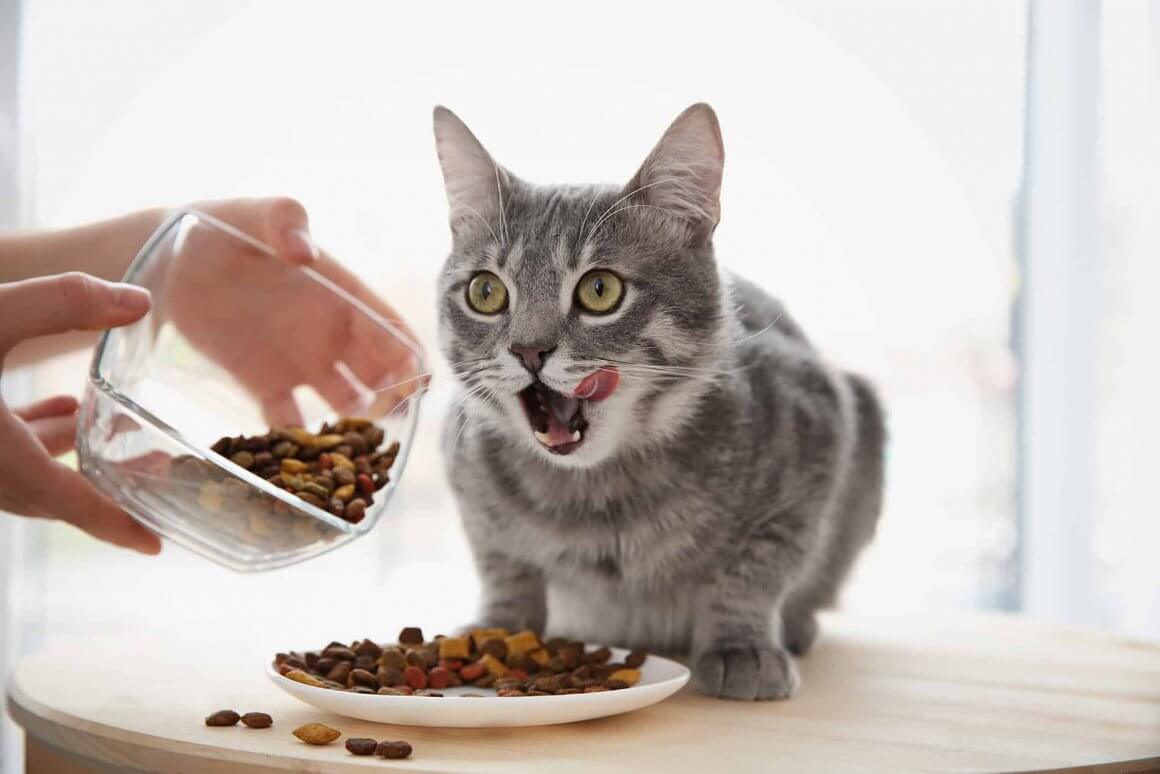 Probably the most common mistake: Overfeeding cats. “Obesity is the most common nutritional disease in cats,” warns Joe Bartges, a professor in the College of Veterinary Medicine at the University of Tennessee, to Fetch magazine.

Most of the time, that doesn’t even happen on purpose. However, the lifestyle of our cats has changed a lot in the past few years: If they used to live on farms and kept them free of mice, many cats now spend most of the day in their homes, where they move much less and also need less food.

Another common mistake: only give the cat dry food. Cats not only meet their water needs by drinking, but also by the moisture in the food. That’s why wet food actively helps prevent kitties from becoming dehydrated.

Cats actually have a pronounced hunting instinct – which quickly withers away in the apartment with constantly available food. The American Association of Cat Veterinarians has published a declaration of conformity.

It says, for example: “Currently, most domestic cats are fed ad libitum in one place, or they get one or two large and usually quite tasty meals a day. In addition, many indoor cats hardly receive any environmental stimuli, so that eating itself can become a job. ”However, this form of feeding is not based on the needs of the cats.

“Appropriate feeding plans must be individually tailored to the household and should include the needs of play, hunting, and a safe feeding and drinking place for all cats.” This also means that you should not feed cats in direct company with dogs or other cats.

Feed All Cats Side By Side 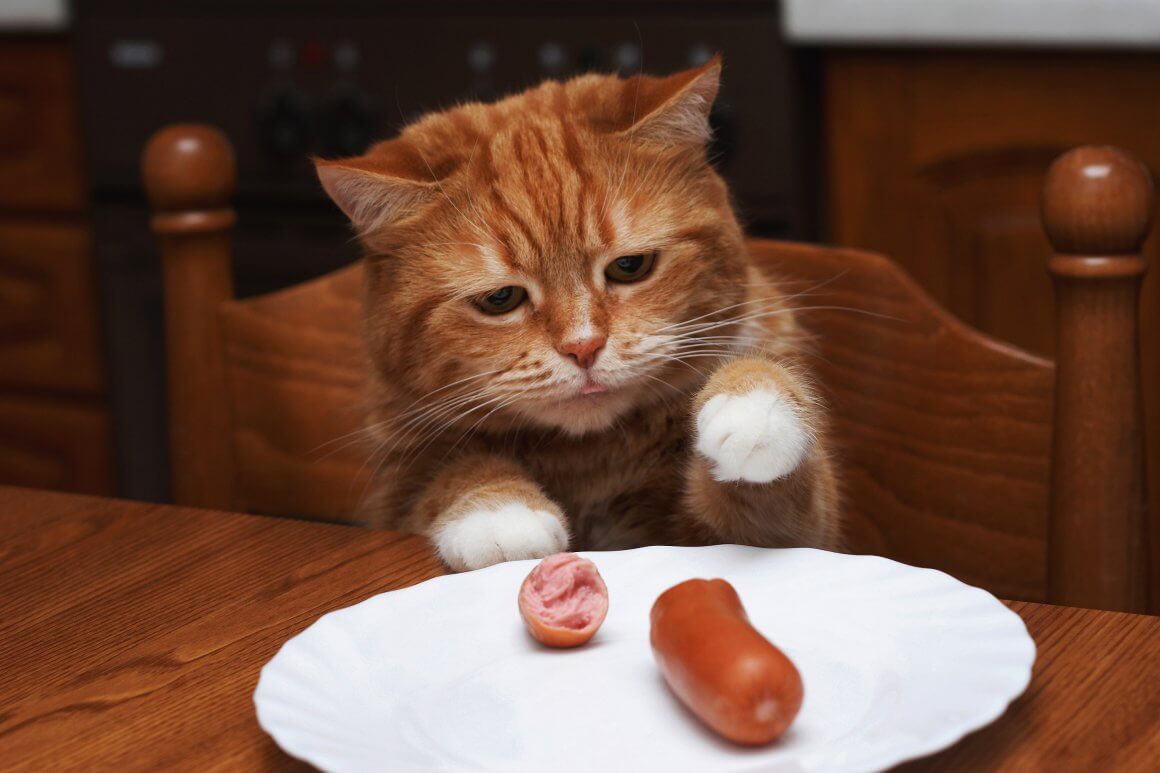 “Remember that cats are solitary hunters and predators. They want to hunt and eat alone, “explains veterinarian Elizabeth Bales to the magazine” Catster “. “At the same time, they are prey and do their best to hide any signs of stress or weakness.”

However, if your cat has to eat right next to other animals, it may feel stressed and vulnerable. Not the best conditions for a relaxed meal, right?

Put Cat Food in the Bowl

But the kitties shouldn’t have the choice between food toys and bowls. Because in that case, most of them choose the feed option for which they don’t have to work. A recent study by researchers at the University of California, Davis, revealed that cats apparently eat more food from the tray than from an intelligence toy. In addition, they often opted for the freely available feed first.

Nevertheless, the scientists do not assume that cats prefer freely available food out of laziness. Because even the particularly active of the 17 examined cats were more interested in the tray.

The result is still surprising: studies with other animal species – including birds, rodents, wolves, and primates – prefer to work for their food. The researchers, therefore, suspect that the choice of food toy may have influenced the result because it does not imitate the cats’ natural hunting behavior.

Intelligence toys still serve their purpose as a type of feeding: After all, according to experts, it is a plus point if the cat eats more slowly and in smaller portions at once. Because large portions of food and a lazy lifestyle can lead to obesity.

And that is not so rare: it is estimated that around a third of domestic animals in Europe are too fat. This can have dire consequences for the animals – being overweight increases the risk of diabetes, heart disease, and joint problems.

A healthy diet is a basis for a long and healthy cat life. 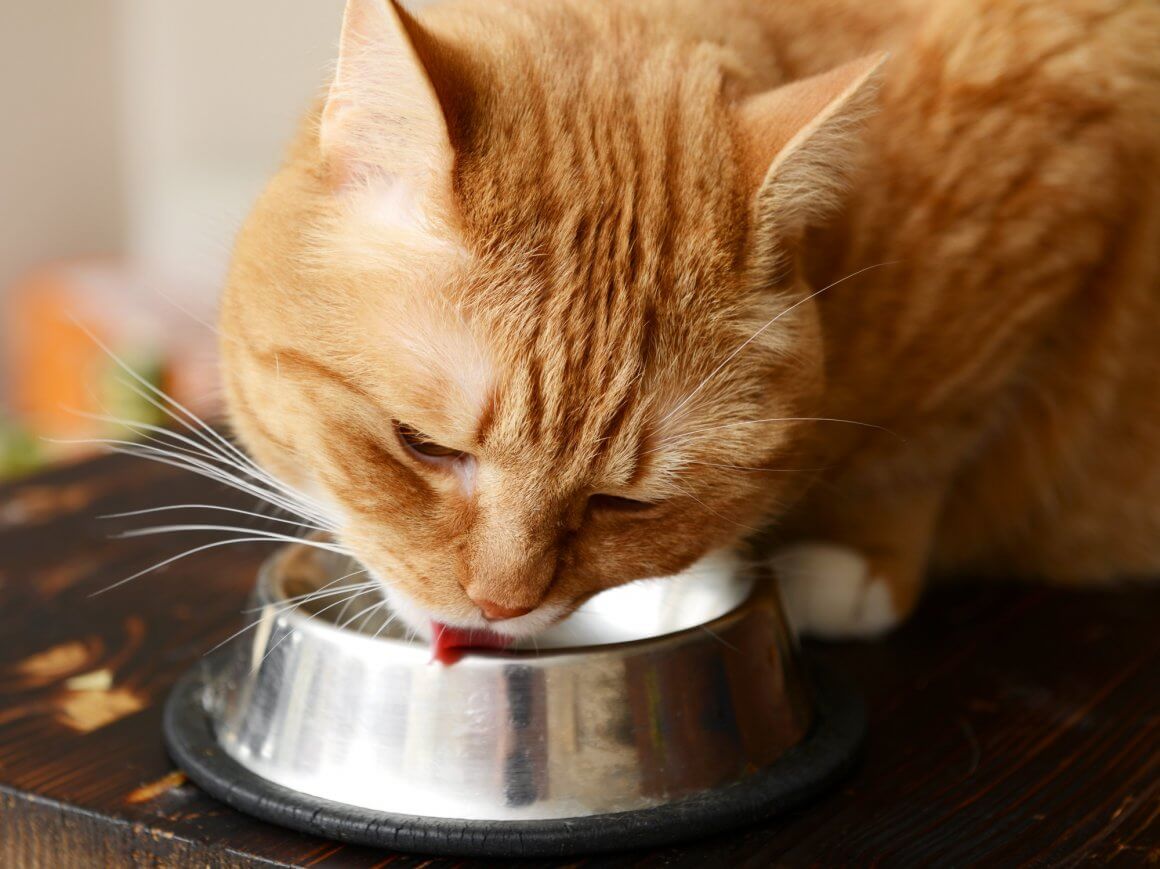 The Cat Animal Association recommends feeding cats depending on their lifestyle – indoor or outdoor cats – whether they live alone or in a multi-cat household, their age, and state of health. The tips of the experts:

In addition, an automatic feeder could be useful in some cases. It is best for the cat owners to work with their veterinarian to create a safe and effective feeding plan for the respective cat – while keeping not only the physical but also the emotional health in mind.

By the way: Cats should eat between 24 and 35 kilocalories per day for every 500 grams of body weight. And treats shouldn’t make up more than ten percent of your daily calorie intake … Did you know?