As every year, billions of birds all over the world move to their winter quarters this autumn. They often travel thousands of kilometers in huge swarms without getting in each other’s way. Why don’t the birds actually collide?

Birds Migrate to Their Winter Quarters in Swarms 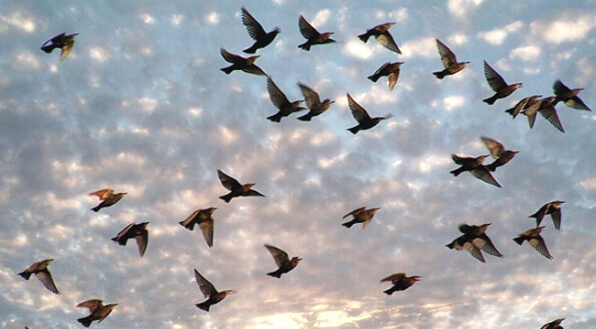 When it slowly gets colder and food is increasingly difficult to find, many species of birds make their way south. There they spend the winter in warmer climes and do not return to the north to breed until spring.

The journey of the migratory birds takes place every year, but this year some species were particularly early.

For nature lovers, the start of the bird migration is always a spectacle. The large swarms of starlings in particular, which move at breakneck speed through the air like a living organism, are a spectacular event.

But why don’t the birds collide during their maneuvers? 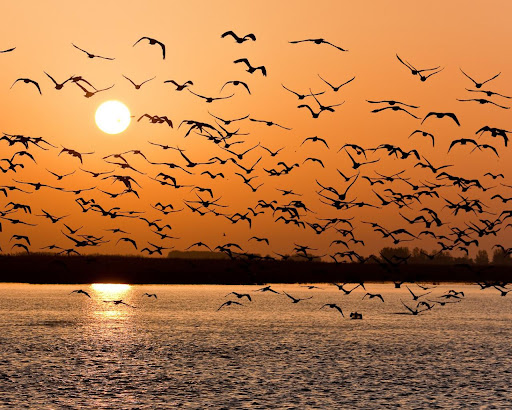 The starlings travel thousands of kilometers year after year and usually arrive safely at their destination. The fact that they do not collide closely in the flock is actually very easy to explain: The birds have such good eyesight that they can react extremely quickly as soon as their neighbor comes too close, explains ornithologist Peter Berthold to the “FAZ”.

During the flight, the birds concentrate only on those of their own species that are flying directly around them – if one of the birds changes direction, the next man reacts immediately and the other animals follow. However, it would sometimes happen that the birds touch each other slightly during flight. However, injuries do not usually result in these collisions.