Many cats wake their humans up in the middle of the night or early morning. Read here why this is and how you can teach your cat to let you sleep in.

Many cat owners don’t even need an alarm clock because their cat is ready to wake them up early in the morning – even if it’s still the middle of the night. If the bedroom door is open, the cat may sit right next to you and nudge you. When the door is closed, things really get going: people meow, scratch and jump at the door until the person finally gets up.

Some cat owners simply accept this out of love for the house tiger, get up and fulfill the cat’s wish. But that need not be. After all, this interferes with the sleep we need to recover. You can therefore try to get your cat used to let you sleep in.

Why do Cats Wake Up Their Humans? 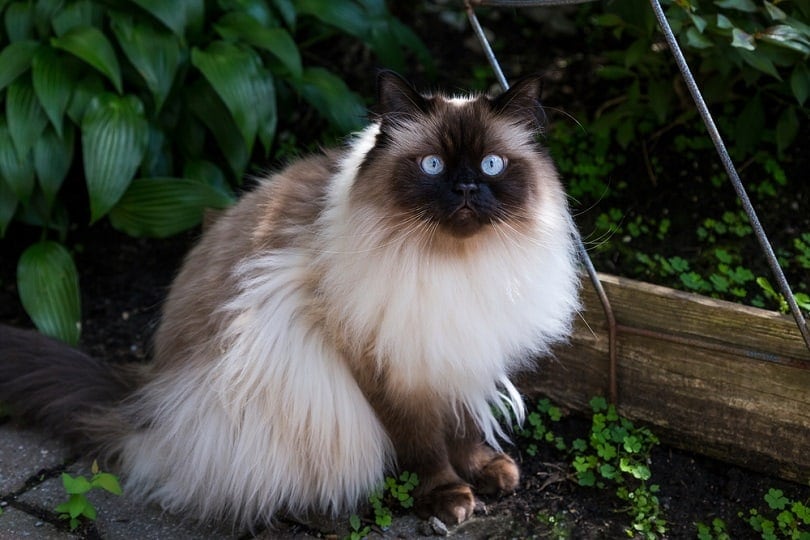 There is no one solution that will stop your cat from waking you up at night. This is because the causes of the night’s restlessness can be as varied as the cat’s habits. It is therefore important to find out the reason why your cat wants to get you to stand up in the first place:

Depending on the cause, the solution approaches vary.

The Cat is Bored

The solutions to the causes of hunger and boredom are relatively close together. First of all, you should look at how this happens:

The natural daily routine of a cat is “hunt-eat-sleep-hunt-eat-sleep” etc. Cats eat several times a day and in between, there are always phases of rest and activity.

In domestic cats, however, these processes get confused because they have to adapt to the daily routine of humans:

Accordingly, domestic cats often spend most of the day resting or sleeping. When the human comes home, the cat gets its food, they probably play a bit and then they often go to the couch to cuddle and relax.

For humans, that’s just the thing after a day’s work, but cats still have pent-up energy that needs to be released at some point. And that often happens at night when people want to sleep. The cat wants to be occupied and therefore seeks human attention.

Your Cat Will no Longer Wake You Up Out of Boredom

To avoid your cat waking you up at night because it wants to be occupied, you should make sure that it has enough energy during the day. Plan several rounds of play every day. Provide the cat with additional activities that it can use without you.

A long game session just before you go to bed is particularly important. Then give your cat something to eat again. The cat will then first clean itself extensively and then finally fall asleep exhausted.

If your cat is really lonely, you should consider getting a second cat. In this way, the cat has a conspecific that it can occupy itself with in addition to you.

The Cat is Hungry

If the reason for the cat’s nocturnal disturbances is hunger, the solution is almost the same as for the cause “boredom”:

Play extensively with your cat just before you go to bed and give it something to eat afterward. The cat is then exhausted and full and will also go to sleep.
In addition, the following measures can help:

The most important thing is if your cat tries to wake you up after all: be persistent and ignore them! Don’t pay any attention to the cat, neither by giving in to its wish nor by yelling at it, etc. This may take a few weeks, but at some point, the cat will understand that its behavior is not goal-oriented.

The Cat Wants to Be Let Out or In

If you have an outdoor cat who often decides in the middle of the night that she wants to go in or out and wakes you up, a cat flap is a good problem solver. There are cat flaps that only react to a specific cat and thus are only open for your cat. The cat can then decide for itself when it wants to go out or in and doesn’t have to wake you up every time.

The Cat Wants to Go Into the Bedroom 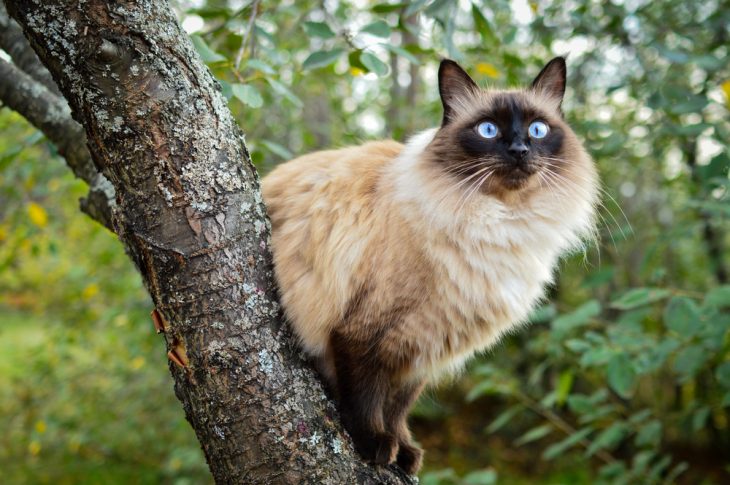