Its sight is unusual because the lower caudal fin is elongated into a sword that can be almost as long as the body. Its appearance, ease of keeping, and the many varieties that are available make it one of the most popular aquarium fish. 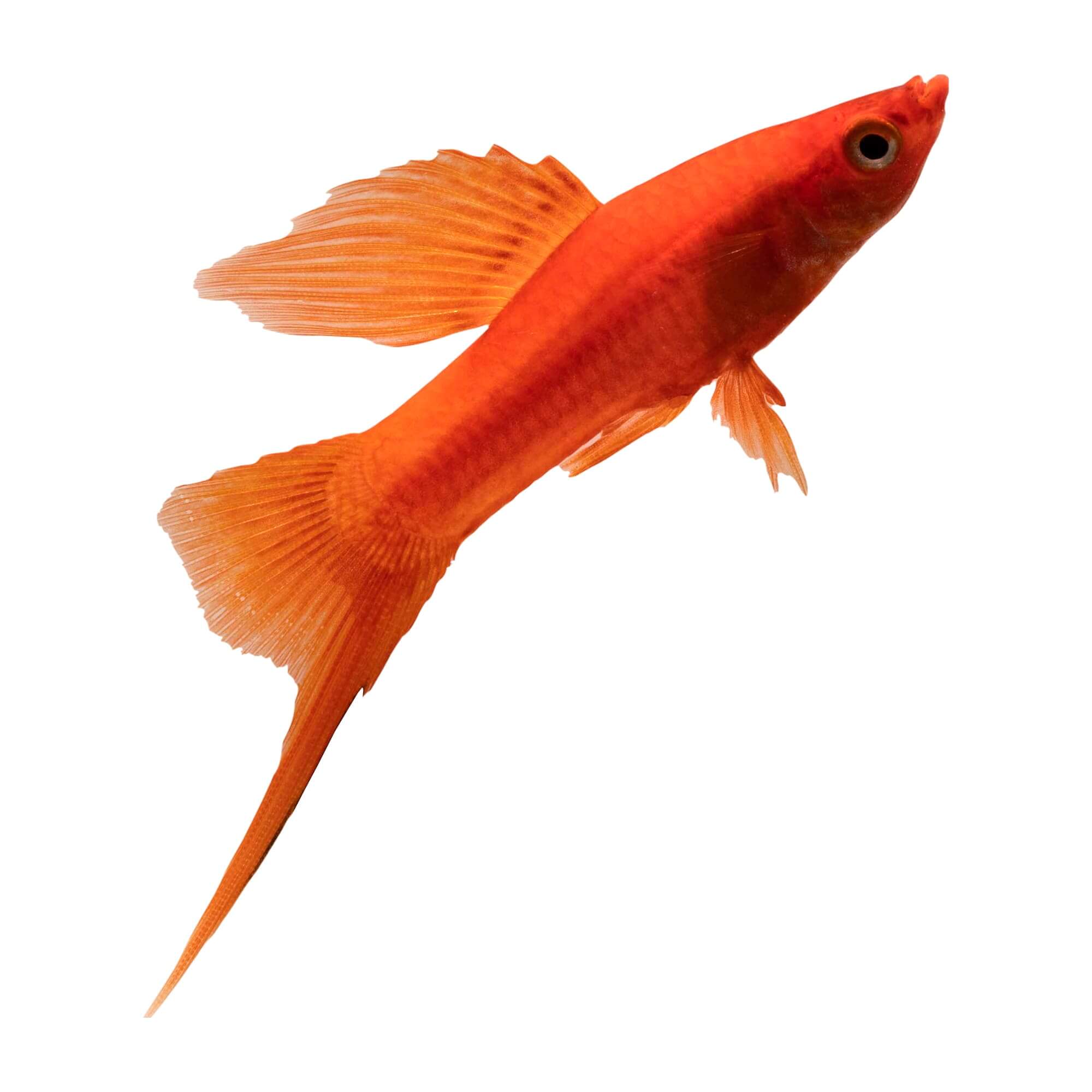 Interesting facts about the Swordtail

Due to the large area of ​​distribution, the variability is relatively high. Some wild forms reach a length of 12 cm (males, without sword) to 14 cm (females), others only 9 or 11 cm. The sword can be up to 2/3 of the body length.

The color of the natural forms is greenish with a metallic sheen and a clear vertical stripe from the eye to the top of the black-rimmed sword. Special wild forms can also be yellowish or bluish. The first cultivated form – after a cross between the wild form of platy and swordtail – was red. In the meantime, there are offspring in many colors, from albino to gold, pineapple, neon, and many others.

Originally swordtails only occur from Mexico (south of Xalapa) to northwestern Honduras in waters that flow to the Atlantic. However, due to the release of aquarium fish, swordtails can now be found on all continents. In Europe, however, they only occur in warm waters (Hungary, Margaret Island in Budapest, around Heviz).

Swordtails are viviparous. The courtship of the sword-bearer males is one of the most conspicuous among the livebearers in aquarium fish. With folded fins, the male shoots back and forth in front of the female in a zigzag dance before fertilization and sperm transfer occur. The female then releases up to 200 fully trained young fish approximately every four weeks. Since the swordtails chase after their young, pregnant females (recognizable by their circumference) can be put in a separate, small, well-planted aquarium for throwing. In the case of highly pregnant females of light cultivated forms, shortly before birth, it is sometimes even possible, on closer inspection, to recognize the eyes of the young animals through the body of the female at the level of the gestation mark.

Swordtails have a life expectancy of up to a maximum of five years. But three to four years are still quite normal.

Swordtails are typical omnivores that can even be kept with a pure dry food diet. But they also like to take frozen and live food, which should be served once a week.

Swordtail males can be extremely aggressive towards one another. Two or three males can fight one another so hard that only one male remains. If the aquarium is sufficiently large (from 300 L), five or more males of the same size can be kept so that the aggressions are evenly distributed. The females should always be somewhat in the majority because the courtship of the males can be very violent.

Due to the maximum achievable length and the very impetuous and expansive courtship behavior, the aquarium should have an edge length of at least 100 cm (from 160 L). There a male can be kept together with several females.

In nature, many bodies of water have only a few plants. Nevertheless, they should not be missing in the aquarium, as they also contribute to water maintenance. Some denser plant populations also serve to allow the females to withdraw a little if they are too pressured, and to give the young animals protection from their parents who are following them.

Swordtails are excellent to socialize with much other fish. Aggressive towards one another, the males are peaceful towards other fish. Since they colonize the middle to upper water layers, bottom fish are particularly suitable, but so are barbs and other viviparous tooth carps that can grow up to 10 cm in size. But many other non-coarse fish are also suitable so that swordtails are almost ideal residents of a community aquarium. Due to their very active swimming and courtship behavior, however, they should not be socialized with fish that are too calm. These would be stressed quickly and therefore more susceptible.

The temperature should be between 20 and 24 ° C, the pH value between 7.0 and 8.0. Deviations up and down – except for a pH value that is too low – are well tolerated.