There are some aquarium fish that are used to living in the oxygen-poor water of rice paddies, for example, and can even drown if they cannot catch their breath on the surface. A particularly colorful representative is the dwarf gourami. 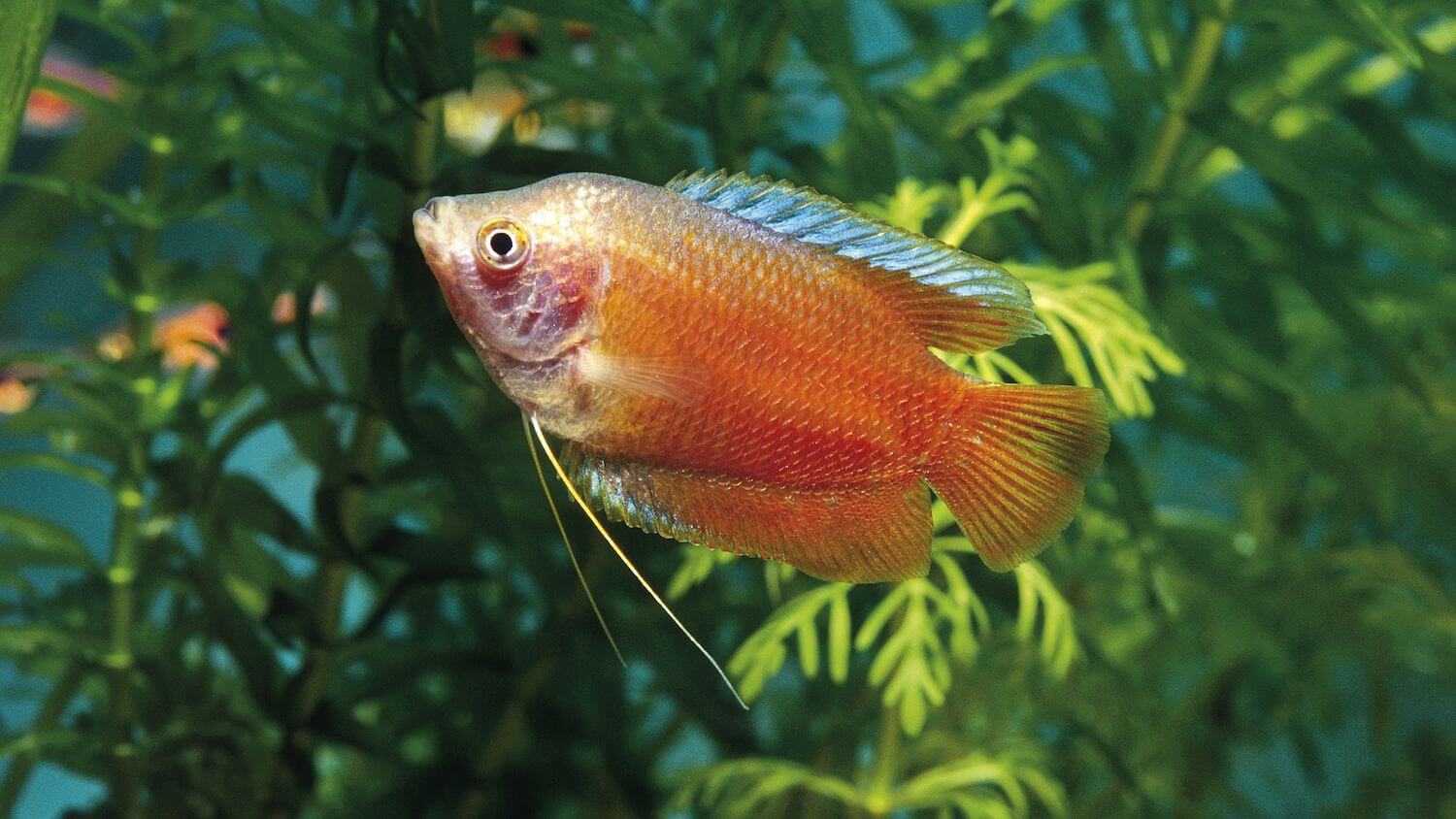 Interesting Facts About the Dwarf Gourami

The males reach a length of about 6 cm, the females are barely 5 cm long and thus remain significantly smaller.

The males of the natural form have numerous red stripes on a turquoise background on the sides of the body. The dorsal fin is blue at the front and red at the back like the other unpaired fins. The red iris is striking in the eye. In the meantime, there are numerous cultivated forms in which the colors, especially of the males, can be seen much more strongly and flatly on the entire sides of the body, such as red (see picture), blue, cobalt blue, green, neon, and others. Females, on the other hand, are predominantly silvery and only show weak stripes.

The dwarf gourami originally comes from the tributaries of the Ganges and Brahmaputra in northeastern India. Since it is a popular food fish despite its small size, it is now also found in the neighboring countries of Myanmar, Bangladesh, Nepal, and Pakistan.

The males take in air from the surface and release saliva-filled air bubbles on the surface. This creates a foam nest with a diameter of up to over 15 cm and a height of up to about 2 cm. As long as the male is still building, the female has vehemently driven away. In spawning mood, both are under the nest and spawn with each other. The oily eggs rise to the surface in the foam nest and are well supplied with oxygen due to the surrounding air bubbles. The male guards the nest until the fry, which hatch after one to one and a half days, swim free after another three to four days, and then eat. A female can lay up to over 500 eggs.

Dwarf gourami rarely lives to be more than two and a half to three years old.

Dry food can form the basis but should be supplemented with small live or frozen food at least twice a week. However, as a precaution, you should avoid red mosquito larvae, as these can lead to intestinal inflammation (which is always fatal).

If the aquarium is not very large (over 1 m² floor space), it should be kept in pairs.

Since the males are quite territorial and can also harass the females, the aquarium should contain at least 112 l (80 cm). In aquariums with an edge length of around 120 cm or more, you can also keep two males with two to three females, but they must be used at the same time, otherwise, the first male will consider the entire aquarium as his territory.

The planting of the aquarium is particularly important, with some of the plants extending to the surface in several places. On the one hand, such places serve as a suitable place for the male to build foam nests; on the other hand, the females can hide here if the male presses them too hard. Since you have to go to the surface of the water to breathe, it is important that the plants reach this point and give them cover there as well. A dark substrate lets the colors of the males stand out particularly well.

Compared to other gourami with similar demands such as Trichogaster chuna, Trichogaster fasciata and Trichogaster labiosa, the male dwarf gourmets can be very brutal. Since they mainly colonize the upper water layers, they can socialize with other peaceful fish. It is just not allowed to be fish such as the tiger barb, which can pull the threads and thus damage the dwarf gourami. 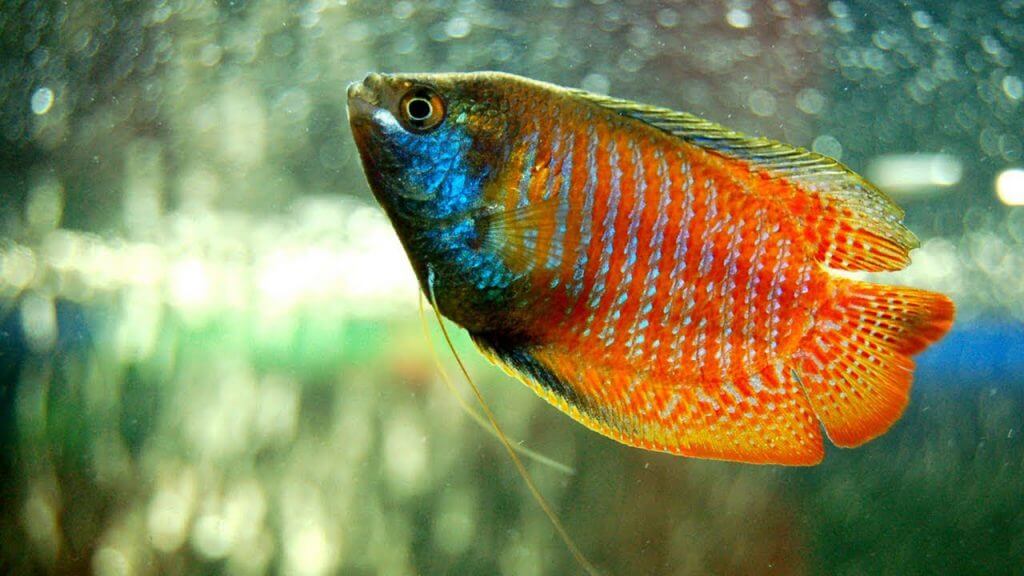 The temperature should be between 24 and 28 ° C and the pH value should be 6-7.5. In summer, but also for breeding, temperature increases of up to 32 ° C are possible over a few days and are well tolerated.