Their name either comes from the Indo-European word “AIG” – something that moves quickly; or from “aik” – oak. And the fluffy ears look like little squirrels from afar.

The squirrel’s bushy tail is particularly striking. At 17 to 20 centimeters, it is almost as long as its body, which can reach a size of 20 to 25 centimeters.

The 300 to 500 gram heavy squirrels are white on the belly and chest. The back is mostly covered with red fur; the fur can also have any other color from black to light yellow. The squirrel’s hind paws are longer and stronger than its front paws. In winter, small tufts of hair stand up on top of the ears, which are also called brushes.

Where do squirrels live? 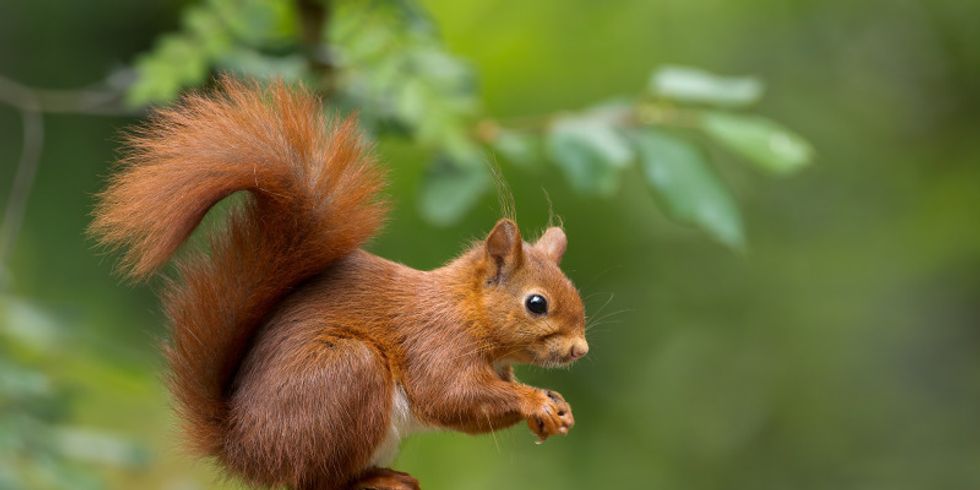 Except for a few islands in the Mediterranean Sea, squirrels can be found in every forested region of Europe and Asia. Squirrels live in the forest. They prefer to live in forests with tall conifers. But they also feel comfortable in deciduous forests and parks – provided they find enough to eat.

What species are squirrels related to?

The squirrels belong to the group of squirrels, which with 250 species form a large family within the rodents. The squirrels are divided into tree dwellers, ground squirrels, and flying squirrels. There are around 40 subspecies throughout the range of the squirrel.

How old do squirrels get?

Squirrels can live up to twelve years. But in the wild, they rarely reach such an old age.

How do squirrels live?

The lives of squirrels usually take place high up in the trees: there they climb and do gymnastics over the branches at lightning speed.

The tail serves as a balancing pole and as a steering wheel during their daring leaps from tree to tree. Squirrels are excellently adapted to this life: they can see very well and judge distances accurately.

They also have real sensors: vibrissae on the head and on the sides of the body. on front and rear legs and on the tail help them to always keep the right distance and feel branches and twigs accurately. When a squirrel walks on the ground, it is particularly cautious: it always gets up and keeps a watchful eye out for danger.

Squirrels are diurnal. In the morning they leave their sleeping nests and go in search of food. They move within a radius of 10 to 50 hectares. In the evening they return to their nests, which are also called roosts. They also like to hide there for a few days when it is raining and storming too much outside.

Squirrels don’t hibernate – even in the cold and snow, you can sometimes see them foraging for food. When it’s very cold, several squirrels sometimes sleep together in a nest – snuggled up close to each other and covered with their bushy tails to keep them warm.

Friends and foes of squirrels

Squirrels’ enemies include birds of prey such as hawks, buzzards, and eagle owls, but also pine martens and sables. Squirrels can also be dangerous for other animals because they sometimes eat bird eggs and young birds.

How do squirrels reproduce?

Squirrel mating season begins at the end of December. The males hunt the females. The female gets quite upset sometimes. The male then tries to calm the female by mimicking the calls of young squirrels. It may take a few days before the female is finally ready to mate.

Almost exactly 38 days after mating, the female gives birth to two to five naked, blind young. The newborns weigh just ten grams. They are cared for by their mother for three months. She feeds the young, defends them, and even moves them to another nest if she feels threatened. After that, the young can feed themselves. They leave their mother about a month later. 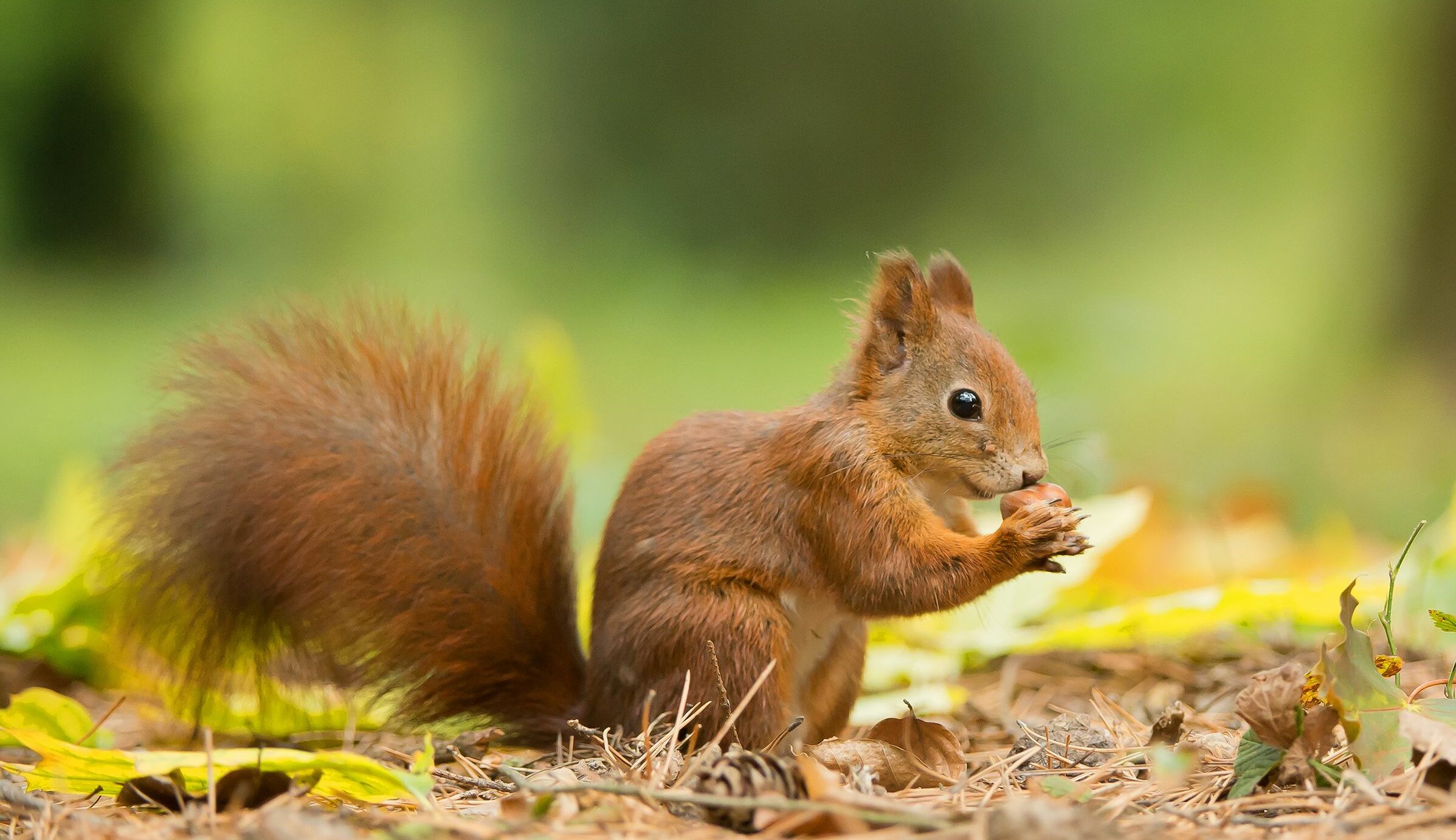 Around three-quarters of the boys die in the first year of life because they fall victim to enemies or cannot find enough to eat. Squirrels can have offspring twice a year. The first litters take place in late January, the last in August.

Veterinarian Karoline Zebisch hand-reared four baby squirrels. The little ones had probably fallen out of the nest and been given to the vet. After four weeks, the squirrels have grown quite a bit and are darting around in their cage. In the meantime, they also get to eat nuts – but they still have to learn how to crack open the nuts.