Budgerigars are friendly and curious birds by nature, with neither aggressive territorial behavior nor difficult behavior. Not least because of the sociability of the animals with one another, many Welli owners would like to keep their little ones in a large aviary with other birds. But “keep your eyes open when choosing a partner” also applies to the society of budgerigars: Whether or not they can live together depends, among other things, on the level of activity and habitat of individual species. That is why we are looking at four species of birds today and see whether socialization with budgies is possible and useful. 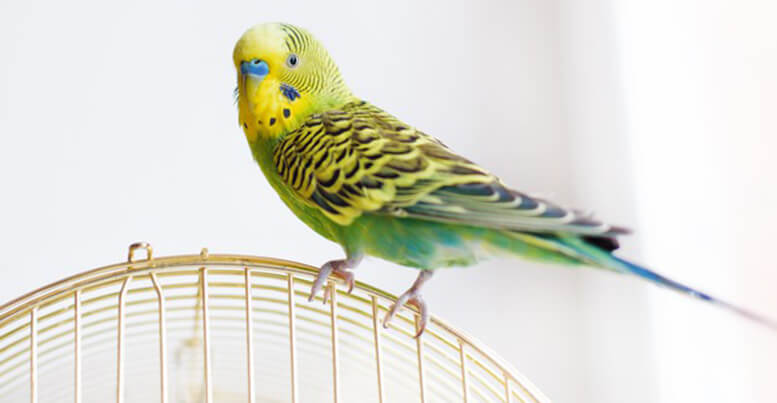 The cockatiel also lives side by side with budgies in nature. These parakeets are slightly larger than the Wellis and are mainly characterized by their yellow head with the characteristic feather hood. In the Australian home of both species, they live in the same range and share not only water areas but also breeding grounds. Often the nests of both species are in the same tree.

The character of the nymphs is similar. They are just as peaceful as budgies and are therefore a good species of bird to socialize. Of course, there is no blanket guarantee here, because each animal has its own individual character: There are also very calm cockatiels that cannot cope with very lively and vital budgies. It is important here that all birds have enough space to withdraw and, if necessary, to be able to consciously distance themselves from one another.

By the way, it is particularly practical with these two species that, due to the common habitat, they also prefer the same food, so that two types of food do not have to be offered. A balanced large parakeet feed mix that provides both birds with all the nutrients they need is suitable. In addition, fresh food such as vegetables and fruit is of course a welcome addition to food for both birds.

This bird is also an Australian, but it can be found in the core of Australia even more than a cockatiel and a cockatiel. In fact, Bourke’s Parakeets were often mistaken for red budgies in the past, as they are very similar in size, stature, and pattern to their neighbors. They are very compatible and, above all, patient birds, which in principle makes them a suitable partner for budgies. Many bird owners also report that Bourke’s parakeets do not care much about other bird species in the aviary and that they obviously do not care about them: It is more like living side by side than living together.

Bourke’s parakeets are crepuscular and only really wake up when budgies want to sleep. If the habitat is not large enough, the two birds unintentionally disturb each other through the different phases of activity. With this combination, the size of the aviary or bird room and the sufficient number of retreat options are important.

The socialization with large parrots such as amazons, macaws, gray parrots or cockatoos can (!) Work, but we would not advise you to do so. Although most parrot species are actually peaceful and their natural habitat overlaps that of budgerigars, this combination – for the sake of the Wellis – is not a good idea.

Just considering its size, beak, and claws, it quickly becomes clear that the budgie is clearly inferior to the parrot. Injuries do not have to be deliberately inflicted, an oversight is enough. For example, easy chopping is part of the normal social behavior of birds. At least internally, this is harmless. But when a macaw (four to five times the size of a welli) chops on a small budgie, there are naturally nasty injuries: bitten toes, deep wounds, or, in the worst case, death of the parakeet has often occurred due to the ignorance of the owner.

Therefore, in addition to socializing in an aviary, the common free flight of macaws and budgerigars should also be canceled, since games and fun can quickly end badly here too: Better safe than sorry.

Better to Be Strictly Separated: Inseparable 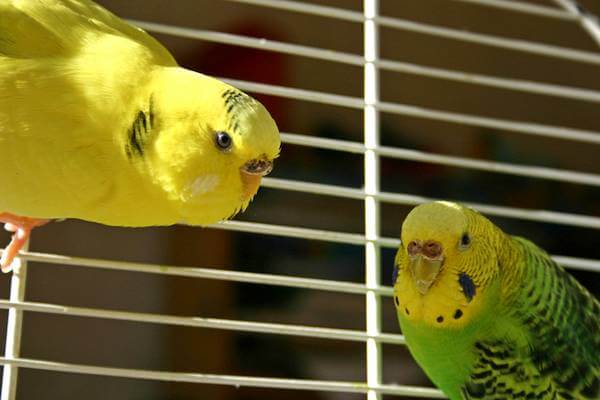 Despite the pretty name of these small parrots, you should never keep lovebirds (also: “agapornids”) together with budgies. After all, the eponymous bond only relates to internal relationships. While young animals are usually still very peaceful, you should not expose any other bird to the pronounced territorial behavior of the agapornids: Inseparable animals see every other animal in their territory as an opponent who needs to be driven away or even eliminated. In doing so, they tackle much larger birds themselves. Therefore, the separation requirement applies even more to budgies. Breeders of agapornids even separate different agapornid species from one another. You can keep lovebirds and budgies in one room, but then in separate, closed aviaries or cages. There should be no joint free flight.