This entry will deal with the fun side of a budgie’s life: How to keep your bird busy, what useful and nonsensical toys look like, and how you can build your own toys for your Welli – we reveal it here. 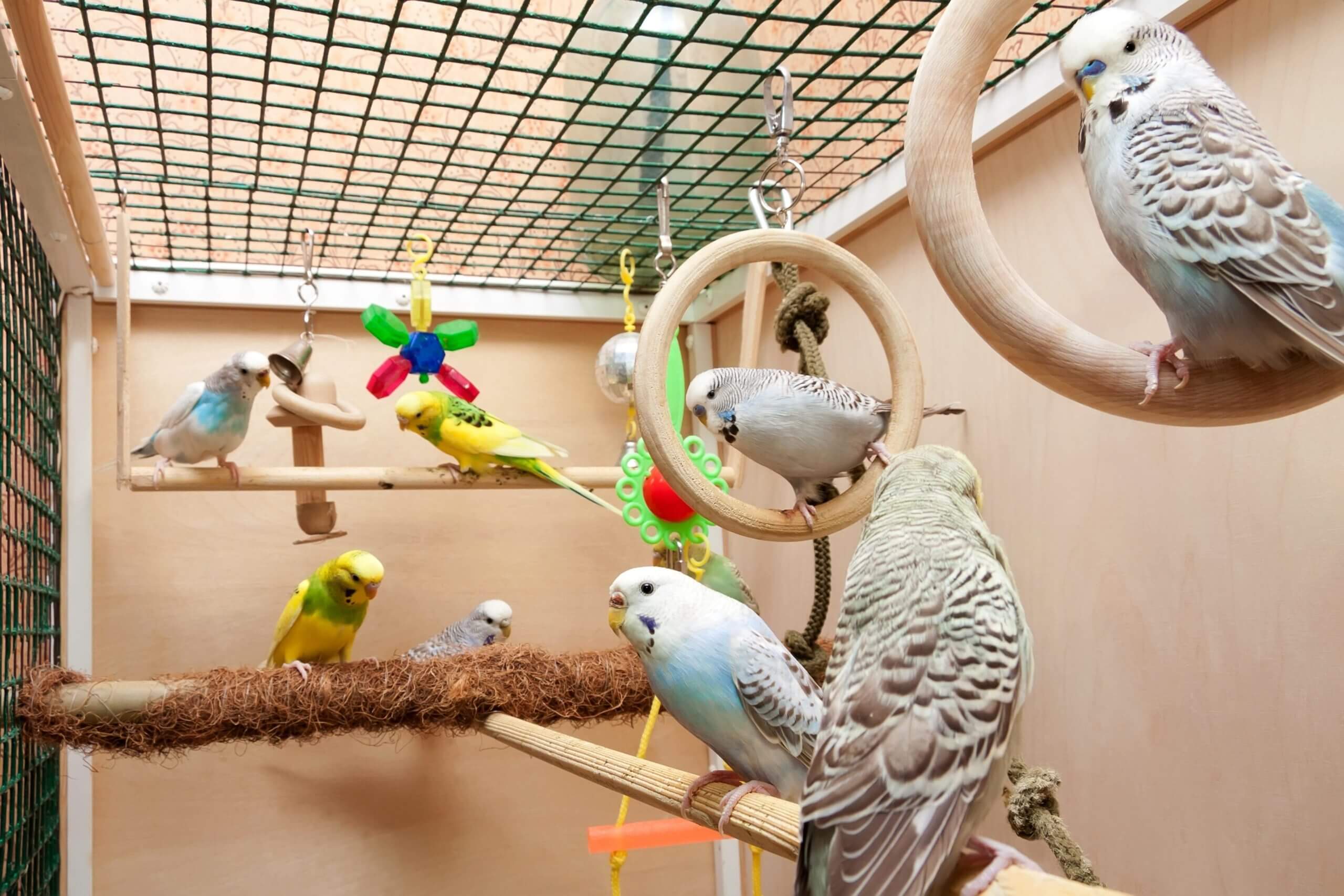 First of all, it is important to emphasize that a budgie can do best with other conspecifics: It is torture to keep such a sociable animal alone in a cage, so always keep at least two birds. The free flight is also important for the “Welli”. Here your bird gets the opportunity to use its full flight potential and, above all, to exercise properly and to work off. It is of course important to ensure that the room is bird-proof; This applies to windows and doors as well as to heat sources (irons, kettles, straighteners), deep down, nothing stands in the way of free flight. Your Welli will enjoy using the wings properly on a regular basis; in addition, the curious bird has the opportunity to explore its surroundings during its free flights.

There are quite a few useful toys on the market that are good for the Welli and also pose exciting challenges. We now want to introduce a few selected ones, as there are far too many to describe all possible toys.

Hanging swings made of cotton are a comfortable place to sit in the cage and challenge the Welli, as he has to keep his balance on the swing. Such swings can also be used in the free-flight area: They represent a good landing spot.

A real challenge are astrolls that rotate on their own axis: if the budgie tries to stay on top of it, the astrolls will move. The little bell, which makes noises inside, also motivates the bird to keep its balance again and again. Clearly promotes the balance and fitness of your feathered animal.

Grid balls, in which a ball is placed, animate the bird to push back and forth. They are particularly recommended for free flight, as the Welli can move them over a larger area here.

Cork bark is just as popular: it can be used to make all sorts of playgrounds and seats, swings, and sleeping arrangements, and the bird can also nibble wonderfully on it: Particularly suitable for budgerigars that cannot sit on “normal” narrow perches due to illness or injuries.

A small bridge, as we know it from the rodent trade, is also very popular with birds and promotes their coordination when crossing. They are very popular both in the larger cage and outside in playgrounds.

Finally, wooden toys to fill: Here you can always challenge your Welli by filling the toy with millet, fruit, or rusks.

Of course, there are also toys for budgie accessories, which are completely unsuitable, but unfortunately still occur far too often: especially because it was considered useful in earlier times.

If you didn’t have the money or the inclination to buy a second bird in the past, you simply put a plastic bird in the cage of the Welli “so that he is not so alone”. But this has fatal consequences because this partner replacement leads to behavioral disorders. The bird tries to communicate with its “conspecific” and to feed it. But since the other bird does not accept it, the budgie swallows it down itself and later chokes it out again to try feeding again. This can lead to throat irritation and inflammation of the head, which can lead to death. A mirror has exactly the same effect: the Welli does not recognize itself, but another bird; the process of frustration just described remains the same.

Another point has nothing to do with this substitute conspecific: Many toys are partly made of raffia. This is easy to work with, but it is a great danger for the bird, as many a bird has already hung itself on such a line: It is better not to take the risk in the first place and to exchange it. 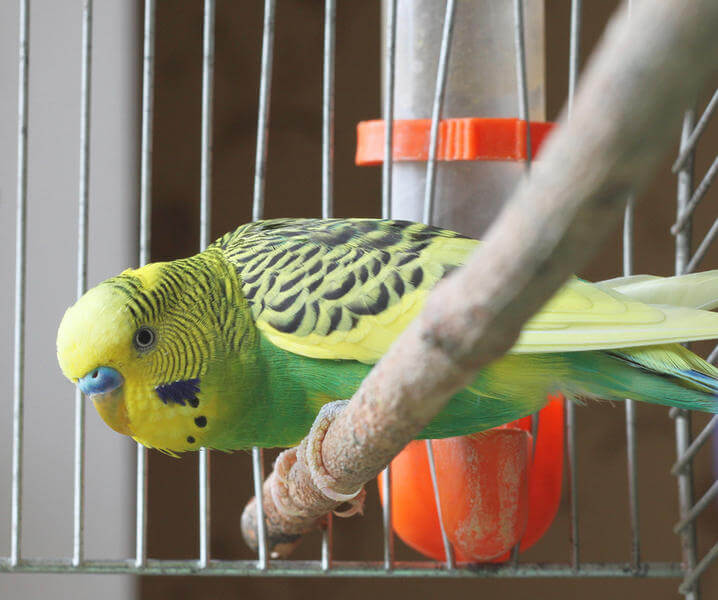 Finally, we want to give tips on how you can get creative yourself and build an individual play paradise for your Welli.

Various accessories are referred to as “welliness” in the budgie scene: For example, you can build a super budgie shower with an aquarium pump, a hose to attach to the pump, and a deep flower coaster. Stones placed on the bowl serve as seating and prevent it from tipping over.

Since domestic birds do not live in the wild, they have probably never sat in a tree: That can be changed! With a few long branches, forks and additional extras such as ropes and toys, you can create a play tree in no time at all. There are no limits to your own creativity, whether large or small, expansive or narrow: the main thing is that the tree is stable.

You can also build landing areas for a free flight yourself: A play wall, for example, consists of a board that is attached flat to the wall. Horizontal branches, ladders, and seats are then fixed on this board, on which the bird can land, hop around and take off from there again. As a bird owner, you have total freedom of design again. You can also build a landing site out of a coconut: Simply cut it in half, hollow it out and hang it on top of each other on a Welli-safe cord: the landing site is ready.

There are no limits when it comes to designing yourself. You can also just invent something completely new, after all, you know your Welli best and know what he likes.

A tip: If the budgie finds the toy boring at first or is skeptical about it, you can try to convince it with treats such as millet or fresh herbs: Hunger and curiosity are usually stronger than fear.