Raccoon or marten, cat or dog? Hardly anyone recognizes the raccoon dog at first glance. But the little furry companion clearly belongs to the dogs.

Raccoon dogs are like small raccoons. However, they are not related to them but belong to the dog family. Like these, they are so-called toe-walkers and have 42 teeth. Raccoon dogs measure 50 to 68 centimeters from head to bottom. The tail is 13 to 25 centimeters long.

The legs are quite short, which is why the shoulder height of the raccoon dogs is only 20 to 30 centimeters. They weigh four to ten kilograms. Raccoon dogs have facial markings very similar to raccoons. They are colored white on the forehead and above the eyes. In addition, a wide white stripe runs from the forehead to the nose and around the tip of the snout.

The fur on the back is black-brown, on the flanks and belly it is beige to gray. The best way to tell the difference between a raccoon dog and a raccoon is by looking at the tail: the raccoon is ringed in black and white, while the raccoon isn’t. 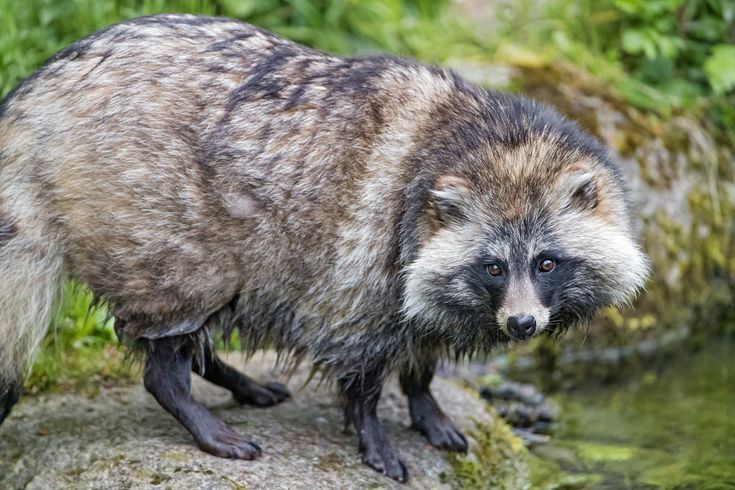 Where do raccoon dogs live?

Raccoon dogs come from Asia. They come from Japan and China as well as from the eastern part of Siberia and North Vietnam. Because the animals’ fur is in great demand, they were introduced to western Russia in the 19th century to be used for fur farming. The raccoon dogs were also released there. They kept moving west.

In Germany, the first animals appeared in 1960. Today they are quite common in eastern Germany and Lower Saxony. They are still rare in central and southern Germany. Raccoon dogs are among the so-called neozoa: These are animals that migrate from another region to a new area and successfully colonize it. The raccoon also belongs to the Neozoa. However, it was introduced to us from North America.

Raccoon dogs prefer to stay in forests with dense undergrowth. They like it when there are lakes and reed belts in their habitat. They move through fields and gardens in search of food. They often roost in abandoned badger or fox burrows. In Japan, raccoon dogs can be found even in big cities like Tokyo.

Which raccoon dog species are there?

The raccoon dog is related to other wild dogs, such as the red dog or the gray fox.

How old do raccoon dogs get?

How do raccoon dogs live?

Raccoon dogs are very shy. During the day they hide in their underground burrows and sleep. They only become active at night and roam their territory in search of food. You always stay on the ground. They cannot climb trees. But they are good swimmers. Raccoon dogs are not real hunters either but primarily collect small animals, fruit, nuts, and carrion.

Raccoon dogs are the only dogs that hibernate during the winter. Then they withdraw into their burrow and feed on the layer of fat they have eaten up in the summer. Only now and then do they wake up and briefly leave their cave. If the winter is mild, the raccoon dogs do not hibernate.

Because they live so hidden and secretive, raccoon dogs are rarely seen. The easiest way to spot their tracks is in the mud or snow. Another clue to the animals is their droppings. These are used to mark their territory. 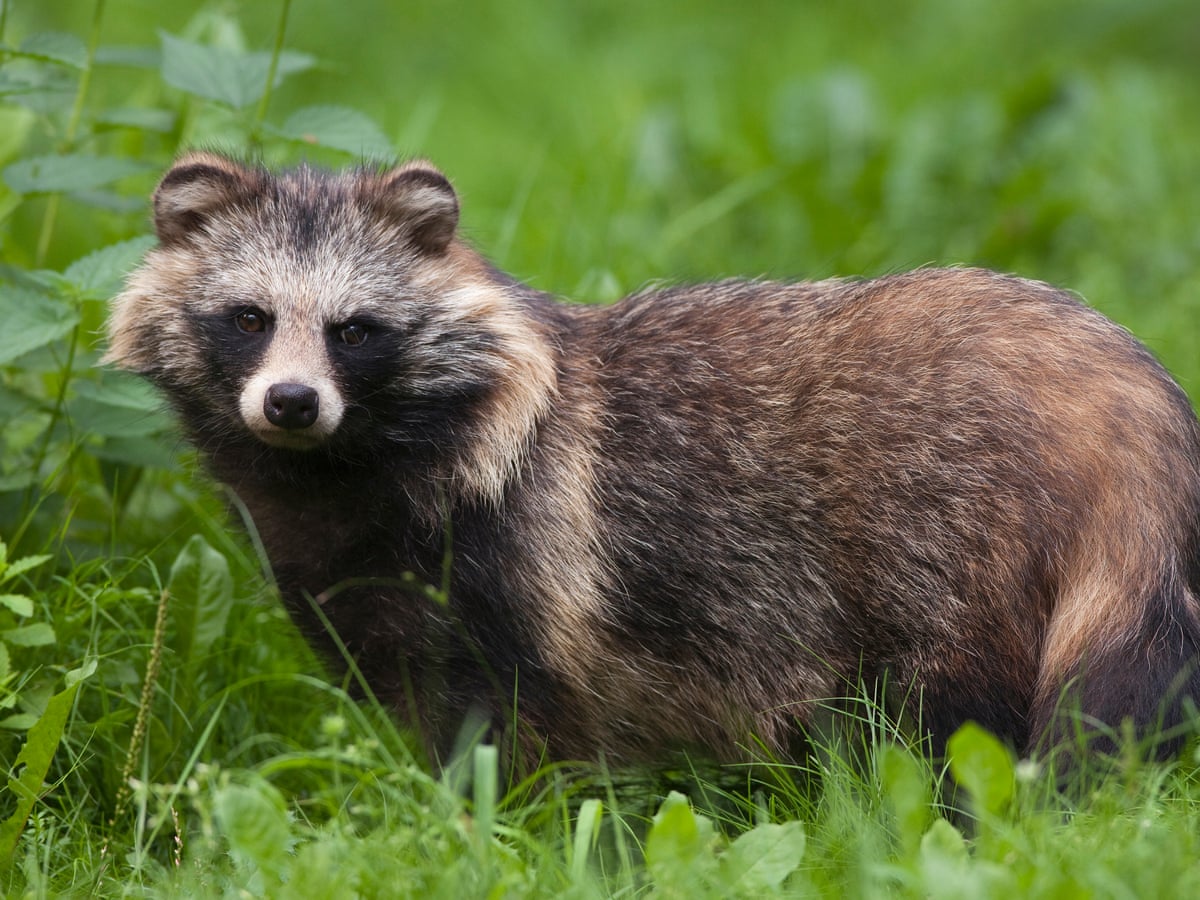 Some conservationists fear that the raccoon dogs could spread too much and endanger other animal species because their natural enemies are missing here. So far, however, this has not been proven. In Japan the animals are called Tanuki, in England, they are called Raccoon Dog because of their resemblance to the raccoon. Raccoon is the English name for the raccoon.

Friends and foes of the raccoon dog

How do raccoon dogs reproduce?

Once raccoon dogs have found a mate, they stay with them for life. Mating takes place in January and February. Nine weeks later, the female gives birth to five to eight young. They are blind at birth and very helpless.

Males and females take care of the young together. The father guards the cave. In the beginning, the little ones are only suckled. But as soon as they can eat solid food, the father provides food. At the age of two weeks, the puppies venture out of the protective burrow for the first time.

Young raccoon dogs are fully grown at the age of six months. At ten months, the animals are capable of reproduction. Next spring, the young and parents go their separate ways.

How do raccoon dogs communicate?

The sounds of the raccoon dogs are hardly reminiscent of barking. Rather, they whine and meow, the puppies squeak. When threatened, the animals growl. When a male searches for a female, a long howl is heard at night.