They look like a mouse but are related to hamsters: mouse hamsters are rodents that live in barren rocky regions in the Middle East.

Mouse hamsters are rodents. There they belong to the root family and there to the hamster genus. However, they don’t look that much like hamsters with their cylindrical, tailless bodies. They look much more like a wood mouse with their strikingly large ears and long tail.

Mouse hamsters are seven to nine centimeters long. Her tail is slightly longer than her body and has a brush-shaped tassel at the end. The fur is grey-brown on the back and white on the belly. The tail is sandy or dark brown on top and whitish on the underside. Unlike normal hamsters, mouse hamsters do not have cheek pouches. 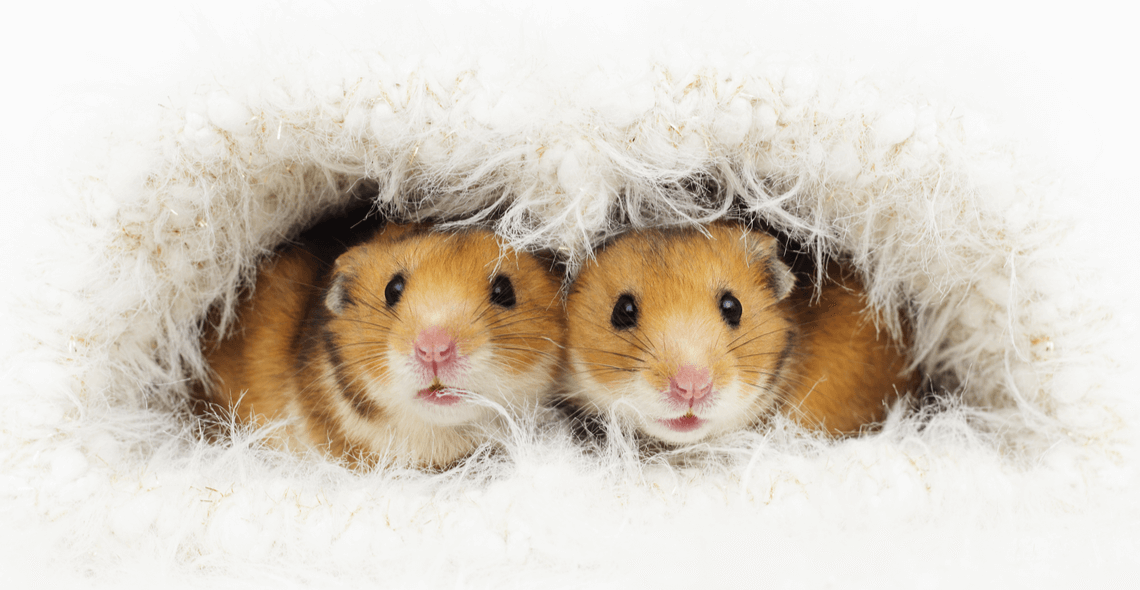 For a long time, the researchers did not know whether mouse hamsters belonged more to hamsters or to mice, especially the North American species. Because of the similarity in teeth, however, it is now assumed that they are more closely related to hamsters and probably descended from hamster ancestors from the Tertiary period.

Where do mouse hamsters live?

Mouse hamsters are native to Iran, Afghanistan, Baluchistan, southern Turkmenistan, and a few regions in Syria. Calomyscus mystax is native to Turkmenistan.

Mouse hamsters are pure mountain dwellers. They live in barren, rocky, dry mountain areas from 400 meters to 5000 meters in altitude. There they stay mainly in solid heaps of rubble that reach deep into the ground. In the lowlands, on the other hand, they are not found at all.

How old do mouse hamsters get?

How old mouse hamsters can get is not known. But they probably only live a few years

How do mouse hamsters live?

Mouse hamsters spend most of the day in their nests, which they build in crevices and line with grass and sheep’s wool. Sometimes they also use the abandoned burrows of other animals. They don’t dig in the ground themselves. Like all hamsters, they only wake up in the evening and start looking for food. Only in the cold season in autumn and winter do they show up from time to time during the day.

Even if they don’t have cheek pouches, mouse hamsters store food. In addition, they always carry only a few seeds in their mouths to their hiding place. Mouse hamsters are good at climbing and skilfully jumping on steep rocks and scree. The long tail acts as a balance bar.

Thanks to their large ears, they can hear very well. Because they inhabit a very barren and extreme habitat, mouse hamsters have little competition from other small mammals. They can therefore be found in fairly large numbers in the regions where they live.

Friends and foes of the mouse hamster

Birds of prey and predators can be dangerous to mouse hamsters.

How do mouse hamsters reproduce?

Raising the little mouse hamsters takes several months – that’s quite a long time for such a small animal. Females usually give birth to their first litter in March. He will be raised until June. The boys of the second litter are not independent until December.

There are three to seven young in a litter, usually only three to four. The young are born naked and blind. After about three days, their fur begins to grow. After ten days they have their gray juvenile fur and at 13 days they open their eyes. At six to eight months, when they become adults, their fur changes color to match that of the adult animals. 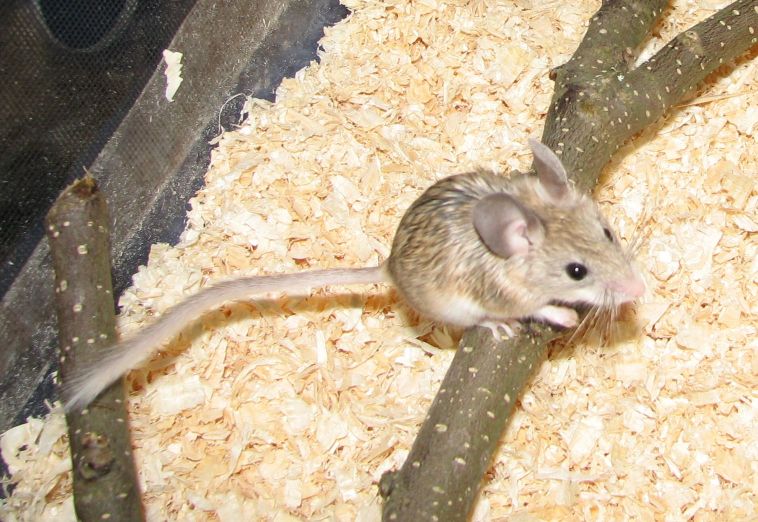 What do mouse hamsters eat?

Mouse hamsters are probably pure vegetarians. They mainly eat seeds, flowers, and leaves, especially those of a certain type of grass. In captivity, they are fed a mixture of grains and fruits, and vegetables.

Mouse hamsters can be kept as pets in pairs or in small groups. They need a terrarium with piles of rocks and branches so that they have ample opportunities to climb. Because they are active at night, however, they are not suitable as pets for children.