With their long mane, distinctive face, and huge canine teeth, as well as their red buttocks, Hamadryas baboons have a special appearance.

Hamadryas baboons measure about 61 to 80 centimeters from head to buttocks, plus the 38 to 60 centimeters long tail. The males in particular are impressive figures: they weigh around 21 kilograms. The females are much more delicate and weigh only nine to twelve kilograms.

The fur of the males is silvery white. Her lush mane reaches from her shoulders almost to her stomach. Because this mane is reminiscent of a coat, the animals are called hamadryas baboons. The olive-brown females have no mane. The snout of the animals is elongated. The males wear distinctive whiskers. 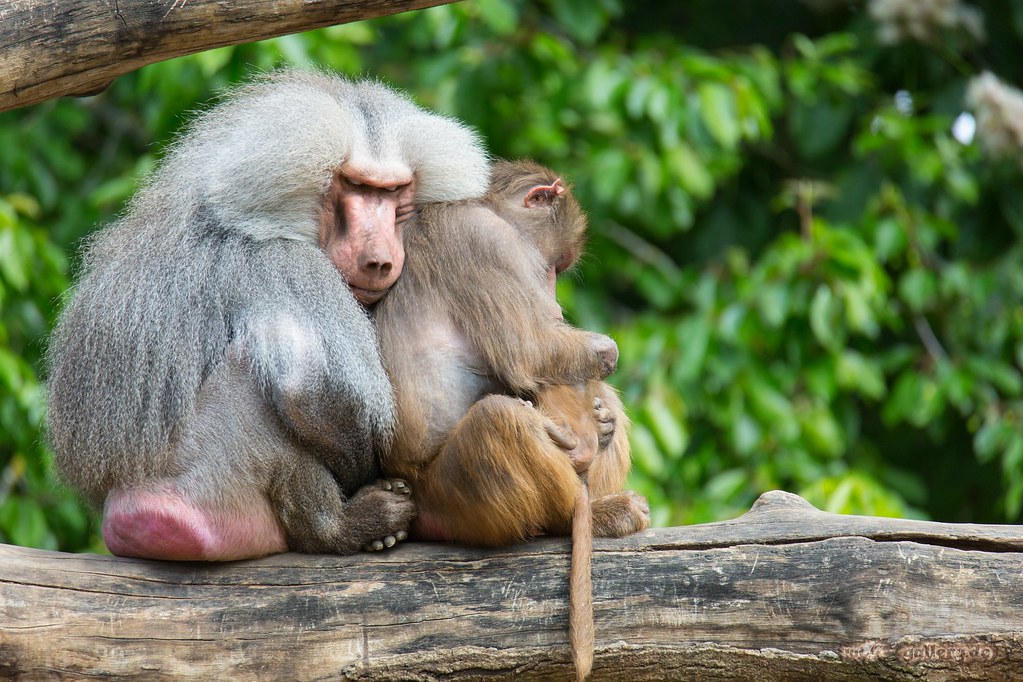 The bottom of the baboons is striking: The spots on which the animals sit are called seat or buttock calluses.

These are hairless and always bright red in males. Females only turn red when ready to mate. What is most impressive, however, is the enormous teeth of the Hamadryas baboons: the males, in particular, have huge canine teeth. They are as sharp and strong as those of predators.

Where does the Hamadryas baboon live?

Hamadryas baboons are the most northerly living baboons: They are at home in north-eastern Africa. There they live from the west coast of the Red Sea across Sudan to Ethiopia, Somalia, and Eritrea. They can also be found on the Arabian Peninsula. Hamadryas baboons live in semi-desert, steppes, and rocky regions – i.e. in areas that are very barren and where there are hardly any trees. However, it is important that there are water points in their habitat.

What types of Hamadryas baboon are there?

How old do Hamadryas Baboons get?

The oldest captive Hamadryas Baboon was 37 years old. They probably don’t live that long in nature.

How does a Hamadryas baboon live?

Hamadryas baboons are diurnal animals and spend most of their time on the ground. They live together in so-called harem groups. These consist of one male and ten to fifteen females – sometimes there are more. Such small groups often get together and then form associations with up to 200 animals. The male guards his females and does not let any other male near them. Sometimes there are fights between the males, in which the animals usually do not seriously injure themselves.

Hamadryas baboons are very social creatures. They do not only communicate with each other through sounds. Body language is also very important. When male baboons yawn, they show off their huge teeth to their competitors. This is how they warn him: Don’t get too close to me, or you’ll get in trouble with me!

Also with their red buttock calluses, the males show that they are strong and master of a harem full of females. During the day, the animals roam around in search of food. They often cover long distances – sometimes up to 20 kilometers a day. At night, groups of baboons form so-called sleeping hordes. They then retreat to rocks where they feel safe from leopards. Such sleeping packs can contain several hundred animals.

When Hamad baboons are resting, they are often seen grooming each other. They don’t just look for fleas. The main purpose of grooming is to promote group cohesion. The male leaders are most often ambushed by the females – this is how they show respect for their males. Baboons are quite intelligent, they are even known to use sticks as tools to get food.

Friends and foes of the Hamadryas Baboon 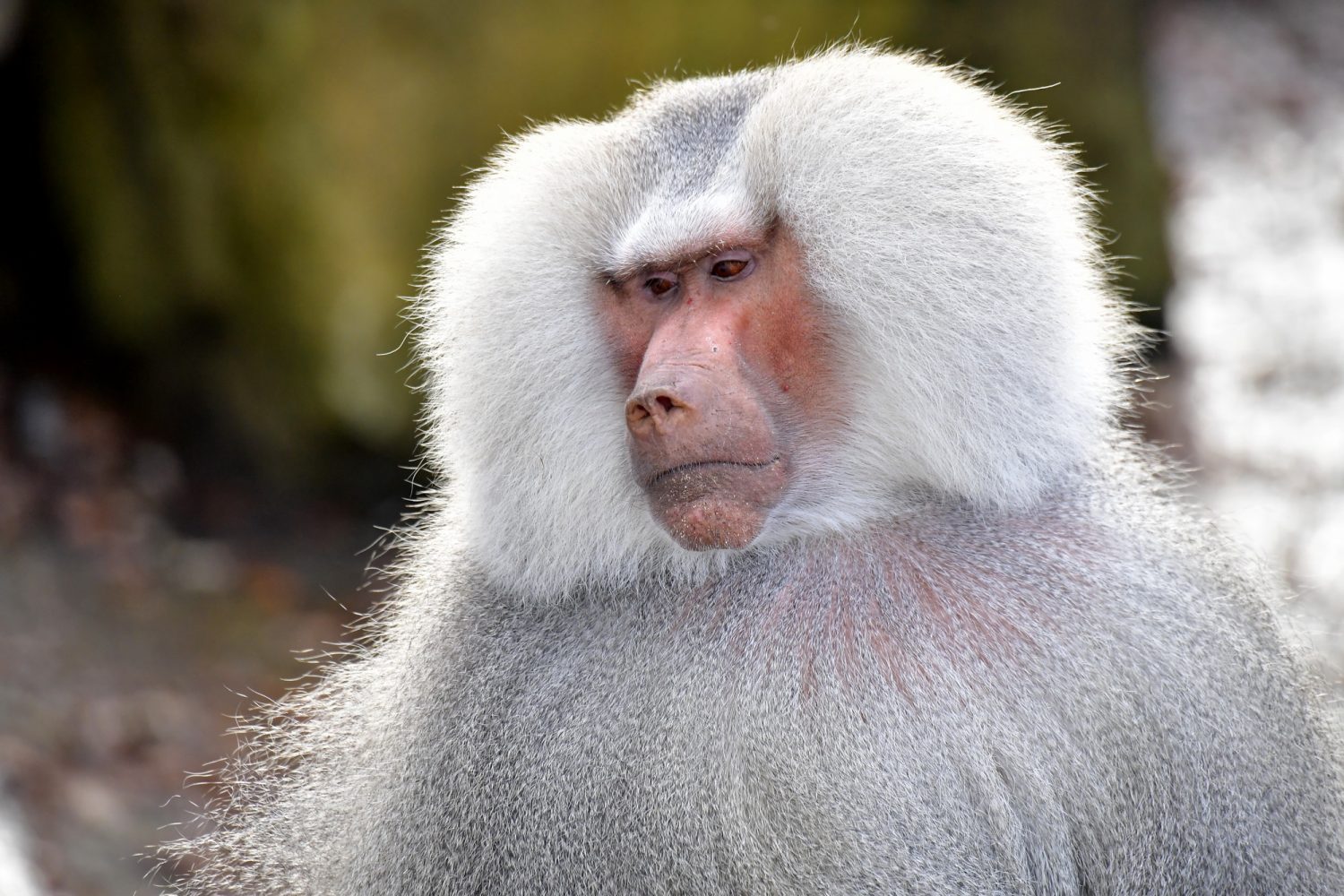 How does a Hamadryas Baboon reproduce?

Female Hamadryas Baboons give birth to a young about every two years. The mating season extends throughout the year. The males can tell that a female is ready to mate by the bright red color of their buttocks. is.

After a gestation period of about 172 days, the female gives birth to one young. It weighs between 600 and 900 grams at birth and its fur is black. The mother suckles her young for six to fifteen months. After that, it eats normal food.

At the age of one and a half to three and a half years, the young baboons leave the group in which they were born. They then move about and the young males try to form a new group with young females. However, male Hamadryas baboons are only five to seven years old and sexually mature, while female animals are around four years old.

How do Hamadryas Baboons communicate?

Barking sounds are typical of Hamadryas Baboons. They will also grunt and make a smacking noise or gnashing of teeth – the last two sounds are probably intended to be reassuring and to signal another baboon that you are friendly.