The Lagotto Romagnolo was originally bred in Italy for hunting in the water. Today he goes on another hunt – for truffles. In this country, a medium-sized dog is gaining more and more popularity, as it is distinguished by obedience and quick wit. His nose predetermines him for any form of nose work. In addition, it is easy to care for and gets along well with people who deal with it a lot. 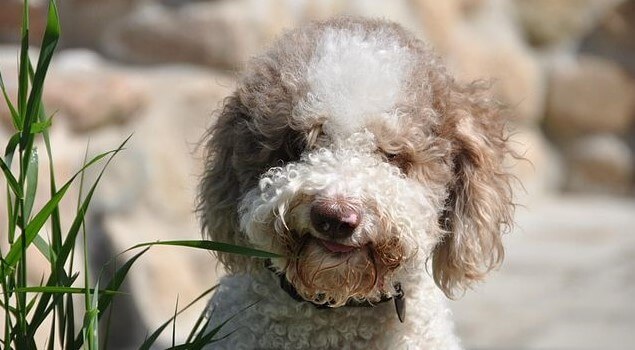 Anyone who sees a Lagotto Romagnolo for the first time assumes they are dealing with a Poodle or Poodle hybrid. The similarity is not accidental: both breeds were originally used for water hunting. Lagotto proved useful in the lagoons of Comacchio and in the marshy areas of the lowlands of Emilia-Romagna when hunting coots. At the end of the 19th century, the swamps were drained, and hunting dogs were left out of work. But they quickly established themselves in a new terrain: truffle hunting. Underground noble mushrooms are difficult to find – only by smell. And this is especially pronounced in Lagotto Romagnolo. Lagotto does the job better than any truffle pig that succumbs to the temptation to simply eat the expensive mushroom itself.

The Lagotto Romagnolo is a very ancient breed of dog. He is of medium height, with a height at the withers of 43 to 48 centimeters in males and 41 to 46 centimeters in females. Lagotto Romagnolo is bred in six colors: Bianco (white), Marrone (brown), Bianco Marrone (white with brown spots), Roano Marrone (brown mold), Arancio (orange), Bianco Arancio (white with orange spots). The breed was provisionally recognized in 1995 by the Fédération Cynologique Internationale (FCI), the largest international umbrella organization, and then officially in 2005.

Lagotto Romagnolo loves his people and loves to work with them. He is obedient and smart. As a zealous worker, he needs mental exercise. Its sense of smell will come in handy for canine sports like mantrailing (searching for people) or finding objects – it doesn’t always have to be truffles. Lagotto loves long walks as well as long hours of hugs. 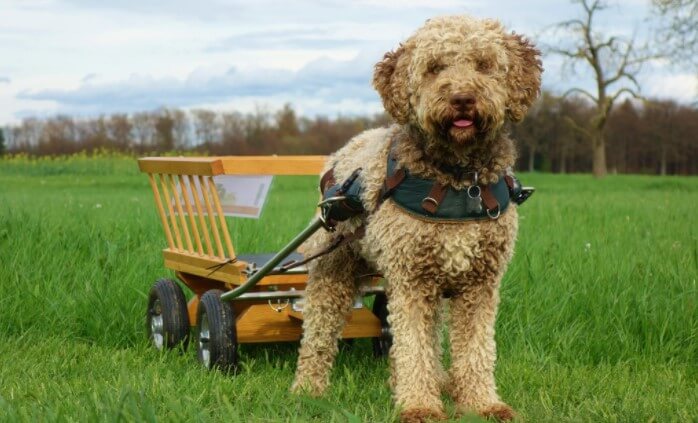 The Lagotto Romagnolo is considered to be an easy-to-handle and train dog. He is very attached to his people. Loving and respectful handling combined with consistency makes the Lagotto a well-balanced companion. Also, make sure your four-legged friend is kept mentally and physically busy. The Lagotto Romagnolo prefers a house with a garden to an apartment.

The Lagotto Romagnolo does not shed and is easy to care for. You should trim their fur twice a year. Pay special attention to the ears. Hair growing into the inner ear should be removed once a month.

There are various hereditary diseases in the breed. Lysosomal storage disease (LSD), a metabolic disorder, has only recently been discovered in Lagottos. Also found are benign familial juvenile epilepsy (JE), hip dysplasia (JD), and a hereditary form of patellar luxation (displaced patella). Therefore, when buying a puppy, value a responsible breeder.