“Giardia” often triggers an accelerated pulse in cat and dog owners just mentioned. What is behind the unpopular pests?

Contents show
1 What is Giardia?
2 Symptoms: Diarrhea
3 Diagnosis by the Veterinarian: Rapid Test
4 How Infectious is Giardia in Cats?
4.1 Cats: Contagion and Incubation Period
4.2 Risk of Infection for Humans
4.3 Other Pets
5 Treatment of Giardia in Cats
5.1 Medicines: Fenbendazole (Panacur) and Metronidazole
5.2 Insider Tip Spartrix?
5.3 Disinfectants and Hygiene at Giardia
5.4 Does Homeopathy Help With Giardia?
5.5 Duration of Treatment
6 Deadly Giardia: Scare Tactics or Real Danger?

Giardia is a small unicellular organism that lives in the intestines of mammals. Here they attach themselves to the intestinal lining with the help of a suction cup and cause diarrhea. In the body, they not only multiply very quickly but sometimes turn into cysts. These leave the host through the feces in order to spread further outside. Cysts are very robust and can wait up to four months for a new host. 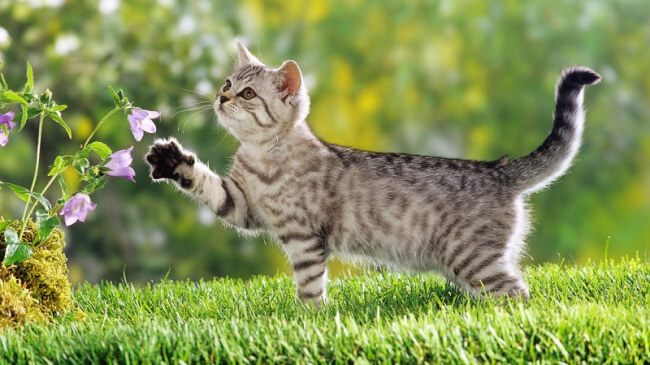 The Giardia sit in the small intestine, where they damage the intestinal lining. An infected animal suffers from diarrhea, some of which are bloody. However, it is not in the parasite’s interest to checkmate its host. This is why otherwise healthy cats can carry giardia without showing any symptoms. Only in immunocompromised or very young animals does the body lose its balance. Severe diarrhea can weaken the animal so that it becomes life-threatening. Therefore, especially with young cats, the following applies: If you have severe, recurring diarrhea, you should see your vet as soon as possible.

Diagnosis by the Veterinarian: Rapid Test

If your cat has had diarrhea or vomiting from an unknown cause multiple times in a row, it should be brought to your veterinarian. This can prove a possible parasite infestation with various tests. The most prone to mistakes is a simple fecal swab, which the vet magnifies under a lens. On the other hand, the ELISA test, which can detect Giardia infestation by means of antibody determination, is very safe. However, this is more time-consuming and costly. There are other possible tests your veterinarian can advise you on the pros and cons.

How Infectious is Giardia in Cats?

Cats usually get infected through the excrement of their fellow cats. If a cat is infected with Giardia, it takes between two and three weeks for it to become the carrier. In a group of cats, several animals can carry giardia without all showing symptoms. Infected cats excrete millions of cysts in their feces, which develop into giardia again in the new host.

Risk of Infection for Humans

Giardia can be transmitted to humans and thus belong to zoonoses. Many people have already had experiences with Giardia: If you suffer from severe diarrhea when traveling to tropical regions, you have probably caught the uninvited visitors. The parasite Giardia intestinalis, which is mostly found in cats, is basically transferrable. However, recent research shows that Giardia occurs in different genotypes, some of which are host-specific. That means: there is not always a risk of infection for humans. By the way: If a human doctor detects an infestation, he must report this in accordance with the Infection Protection Act in Germany. Scientists assume that around two percent of people in Europe are infected with Giardia – many have not suspected anything about it for years. Others complain of diarrhea, gas, or pain in the bowel area.

Dogs and other pets such as chinchillas can also be infested with giardia and infect each other as well as cats or people. Even if some giardia is host-specific, transmission is possible with many. If you have a velvet paw with Giardia, it makes sense to have the other animals tested and treated to prevent re-infection.

Treatment of Giardia in Cats

Your veterinarian will initiate therapy against giardia that is appropriate for your animal.

Veterinarians currently have two active ingredients to combat Giardia in dogs and cats. These are fenbendazole known as “Panacur” and the active ingredient metronidazole. Metronidazole is now available as a flavored tablet, so many cats eat it as a treat. This can be a huge benefit for shy cats. A combination of both drugs is also possible.

If you look around in the vastness of the Internet, you quickly come across a product called Spartrix. Numerous Internet forums give the impression that Spartrix is ​​the best remedy for Giardia therapy in cats. It contains the active ingredient carnidazole and, in contrast to the previously mentioned drugs against giardia, does not require a prescription. However, there is one big catch: So far, Spartrix has only been approved for pigeons. The situation is similar with the drug T + K + K, which is also approved for pigeons. Neither of these drugs is free from possible side effects. That is why we always advise therapy under veterinary supervision.

Disinfectants and Hygiene at Giardia

Anyone who reads through Internet forums quickly gets the impression that a Giardia infestation is tantamount to a catastrophe. Because from now on it means: disinfect, clean, wipe, steam, and wash. Here we give the all-clear: Yes, with Giardia infestation, hygiene is essential. But: No, you don’t have to take a vacation or hire a cleaning crew. However, you cannot avoid a few hours of work. Here are our tips: Clean the bottom of your velvet paw every day with lukewarm, fresh water and a mild shampoo for cats. Also, cook all food and water bowls every day. Ideally, boil the litter box with boiling water every day. If you know, pour boiling water away from poop in the garden. Temporarily replace your kitty’s favorite blanket with fluffy towels that you put in the boil wash and wash daily. Halamid with the active ingredient Chloramin-T is suitable for disinfecting upholstery, scratching posts, and other places where your cats like to hang out. Pay attention to the instructions on the packaging and good ventilation. You can find more tips and an experience report from an affected cat owner here.

Does Homeopathy Help With Giardia?

Homeopathy cannot fight Giardia. However, naturopathic or homeopathic remedies can strengthen the immune system of weakened animals and thus contribute to the recovery of your favorite animal. Talk to your vet about bowel rehabilitation if you have the impression that your animal is still abnormal. American elm bark has also proven itself many times when it comes to balancing the cat’s intestines after giardia and antibiotics.

Carry out the treatment as directed by your veterinarian. Unfortunately, it can take a few weeks for all measures to take effect. Especially if the animals become infected again. After giving the last tablet, you should wait around six weeks until the next fecal sample to get a correct result. If your animal is prone to giardia, relapses may occur. 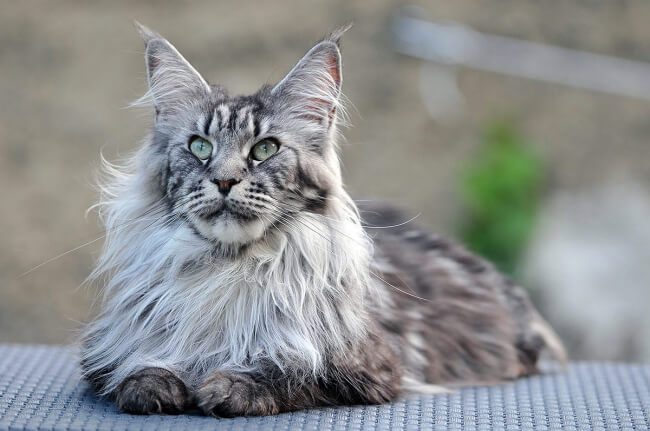 Giardia is primarily annoying and annoying. An infestation can be fatal for weak and very young cats. However, this is the exception. Work closely with your veterinarian. Don’t be scared by clicking your way through forums that equate Giardia with the Apocalypse. Take a deep breath and be certain: it may take a while, but at some point, you and your velvet paw will get rid of the uninvited parasites!