Ear mites are one of the most common diseases in cats. The tiny arthropods like to breed in warm and humid environments, such as in a cat’s ear. As soon as the cat is constantly scratching its ear or pawing around restlessly, there is cause for concern. It is important to identify and treat mites in your cat as quickly as possible. 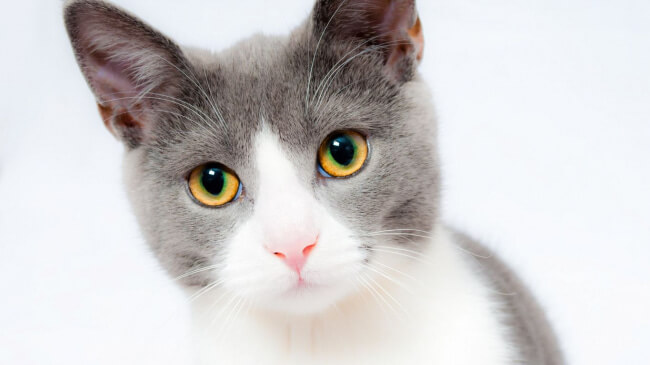 The small white parasites are barely noticeable to the naked human eye. Their oval body reaches a length of around half a millimeter. As a result, the mite is only noticeable as a small white point on the cat’s ear. The parasite has four pairs of short legs and jaw-claws on the head. The ear mite uses these to pierce the upper layer of the kitty’s skin. The parasite nests directly in the ear and feeds on exuding ear secretions. A big problem arises from the fact that the annoying parasites multiply rapidly. A mite nests on a host for about three weeks. But even without it, it can survive for several weeks in a damp environment.

The Ear Mite is Transmitted From Animal to Animal

Many owners wonder where the ear mites in cats come from and whether they are contagious. Even if your four-legged friend is not outdoors, it can become infected with the parasites. These are transmitted when they come into contact with another animal. Your kitten can also become infected with ear mites through the bowl. Other four-legged family members such as dogs are also possible hosts. Age can play a role in transmission. Young animals and kittens are more often affected by ear mite infestation than older animals.

Important: Humans are not among the preferred hosts for ear mites. Nevertheless, the ear mites in cats can be transmitted to humans. The parasites use the human body as an intermediate host. In technical jargon, medical professionals refer to such an infestation as a “zoonosis”. The ear mites in cats are dangerous for humans in that they can trigger “pseudo-cabies” under certain circumstances. Immune-weakened people sometimes develop an unpleasant, itchy skin disease as a result of the mite infestation. It is advisable to consult the attending physician if symptoms occur. However, the risk of infection is rather low if you observe the precautionary measures. It is also helpful to vaccinate the grouching companion regularly.

Symptoms of Ear Mites in the Cat

When infected, the ectoparasites multiply in the external auditory canal and on the auricle. This causes the ear to become infected. As a result, your darling suffers from more or less pronounced complaints.

The following symptoms indicate an ear mite infection in the cat:

The pet can also display deviant behavior. Some kittens fold their ears. Others scratch their ears with blood or try to get inside their ears with their paws. Sometimes the velvet paw can hear worse than you are used to from it. An unmistakable sign is that the kitty meows in pain when touched on the ear.

Caution: It is important to make the diagnosis as soon as possible. Otherwise, the ear mites can cause ear moles. A crumbly black secretion forms in the kitty’s ear canal. In rare cases, the inflammation can spread to the inner ear or the meninges. The associated seizures can be fatal for the animal. You should contact your veterinarian as soon as possible with the first symptoms.

The veterinarian will conduct an in-depth examination if there is an initial suspicion. He does not need photos but recognizes the ear mites in cats with an ear mirror. If the doctor also finds the black secretion in the cat’s ear, the result is confirmed. Then there are several ways to treat ear mites in cats. Either he cleans the ears of the four-legged friend with special benzyl benzoate drops or fights the parasites with an ointment. If the infestation is very severe, the vet will use anti-parasitic drugs. These are strong drugs with the active ingredients ivermectin, selamectin, or doramectin. In addition to the drugs mentioned, there are spot-on preparations against ear mites in cats. These are to be applied to the neck of the cat. There are a few things to consider when using the ointment.

What Preventive Measures Can Help Against Ear Mites in Cats?

There is no silver bullet to prevent the parasite. However, the risk of an infestation increases if your darling likes to roam outside. You can do something yourself to prevent ear mites from appearing in your cats. It is important to regularly clean the cats’ blankets and sleeping areas. Infection (again) is less likely in a clean environment. If you clean the surfaces with disinfectant, it will be difficult for the ear mites to lodge in them. Regular vacuuming is also a good preventive measure. Small children living in the household should try to shield themselves from infested pets.

Should I Self-medicate Ear Mites in Cats? 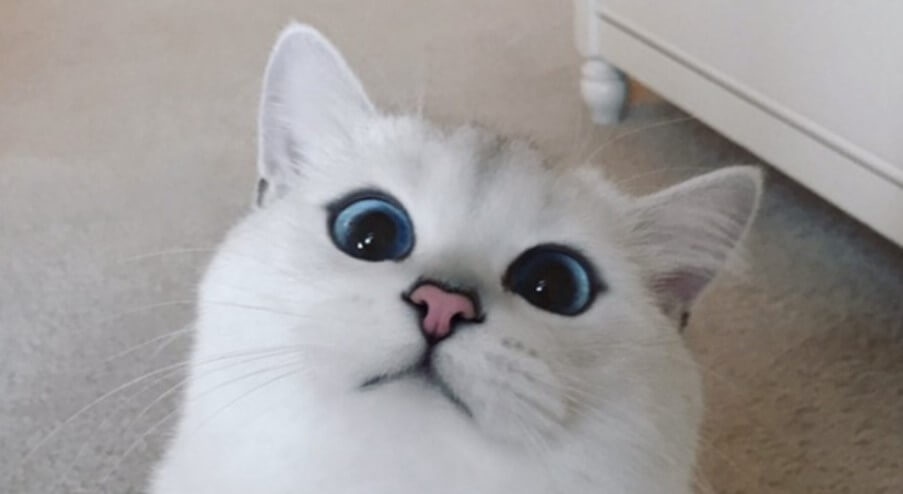 Countless tips and tricks on the Internet suggest: ear mites in cats can of course be treated with a home remedy. Olive oil, paraffin oil, and coconut oil are often mentioned in connection with ear mites in cats. You should be careful when doing this. On the one hand, it is difficult to assess the severity of the infestation externally. In any case, a spray is preferable to a home remedy in the form of drops. Some owners use liquid paraffin to smother the mites in their ears. Like coconut oil, olive oil also has a similar mode of action. These home remedies dry the ear. In this way, they remove the desired moist environment from the parasites. It makes sense that you wear gloves when applying the home remedy. This way you will avoid getting infected yourself. In addition to the home remedies mentioned, ear mites can also be treated homeopathically in cats. You can get oils against ear mites in your cat at a pharmacy or on the Internet. The oils fight the parasites naturally. They are odorless and do not cause any side effects in four-legged friends. But the effective bee extract with the active ingredient mixture propolis also alleviates the symptoms.

What to Do About Ear Mites in Cats

It is advisable to carefully check your kitty for mite infestations after each time you go out. Because, unlike fleas or ticks, mites are active all year round. If the kitten is infected with ear mites, you can first treat them yourself with effective home remedies. To do this, mix a tablespoon of coconut oil with a little castor oil. You can use apple cider vinegar instead. You should mix the vinegar in a ratio of 1: 1 with lukewarm water. Then rub the tincture on the affected areas of the skin. In any case, see the vet as soon as you notice the brownish secretion in the cat’s ear. The mite infestation usually progresses despite palliative treatment, so that sooner or later other (animal) household members become infected.