Red tints are not uncommon for South American tetras. But the copper-colored tint of the copper tetra named after it is an exception. This popular aquarium fish is characterized by its small size, lively behavior, and unusual coloring. 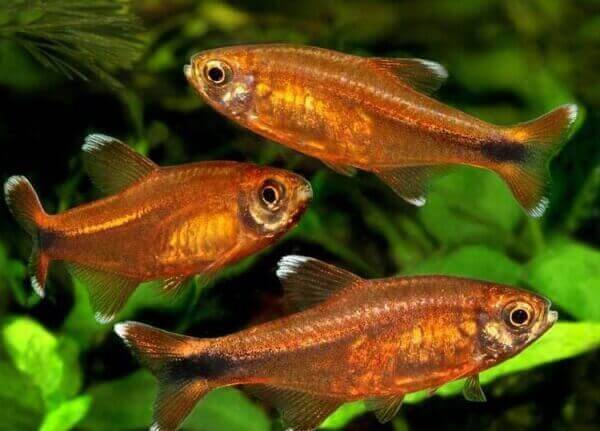 Interesting facts about the Copper Tetra

The copper tetra becomes about 5 cm long. It is noticeable that this species has no adipose fin (small fin between the dorsal and caudal fin, found in almost all tetras and catfish).

Southeastern Brazil, in the area of ​​the Rio São Francisco and Rio Purus.

The females are paler and noticeably fuller than the slender males. The color differences are particularly clear in spawning mood, as the male is then colored copper-red and the females are more yellowish.

Breeding the copper tetra is relatively easy. A pair that is ready for spawning (recognizable by the strong color of the male and the waist circumference of the female) is placed in a small spawning aquarium with slightly acidic water that is not too hard and the temperature is increased to up to 28 ° C. In the aquarium, there should be a spawning grid and some tufts of plants (loose Java moss, najas, or similar), as the parents are spawning predators. Spawning usually takes place in the morning. The eggs are very small and brownish, the larvae hatch after 36 hours at the latest. After two days they swim freely and need the finest live food, such as infusoria. After a good week, they take newly hatched Artemia nauplii and grow quickly.

Copper tetra can live up to ten years.

The omnivore willingly accepts dry food of all kinds. Live or frozen food should be served at least once a week, and more often in preparation for breeding.

Copper tetra should be kept in a small group of at least eight specimens. Since the males can harass the females a little when they are in a spawning mood, the latter should be somewhat in the majority.

The aquarium for eight copper tetra should contain at least 54 liters. Even a standard aquarium measuring 60 x 30 x 30 is sufficient. If you want to keep a larger group and add more fish, the aquarium must be correspondingly larger.

Dense planting is important. By adding roots and a few alder cones you can achieve a slightly brownish watercolor and a slightly acidic pH value, which has a positive effect on the color and well-being of the tetras. Some dense stands of plants not only serve as protection for inferior females, they are also often spawned here (but the young do not come through).

As relatively peaceful fish, they can be socialized with much other fish of similar size, especially tetras. Armored catfish are particularly suitable as a company because copper tetra avoids close to the ground and swim mainly in the central area of ​​the aquarium. 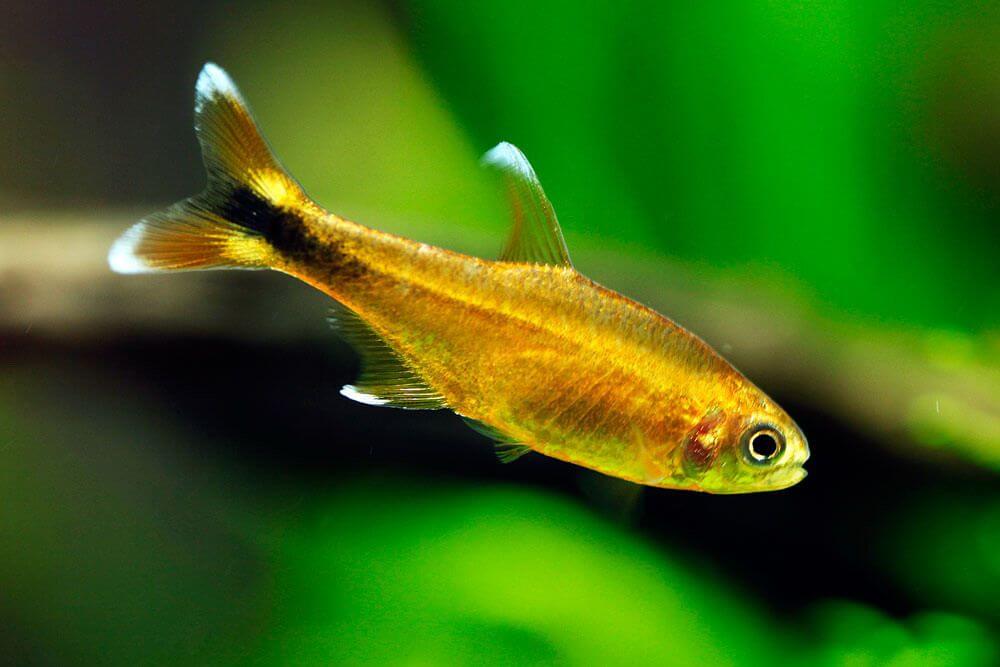 The conditions of the tap water are well suited for normal maintenance. The temperature should be between 23 and 25 ° C, the pH value between 5.5-7. For breeding purposes, the water should not be too hard and as slightly acidic as possible, then the copper tones are also stronger.