The zebra catfish is one of the most attractively colored armor catfish. When the species was first imported in 1989, it contributed greatly to a boom among so-called L-catfish. Because the species initially received the code number L 046. After it was allowed to be exported from Brazil for many years, the export of the zebra cat from Brazil is strictly forbidden today. Fortunately, there are still so many specimens in our aquariums and the species is reproduced very regularly so that the species is safe for our hobby and we are no longer dependent on wild-caught animals.

Interesting facts about the Zebra Fish

The zebrafish remains relatively small and only reaches a maximum length of 8-10 cm, with the males becoming larger than the females.

This extremely attractive species has a unique drawing pattern consisting of black vertical bands on a white background. The white fins are also banded in black. The light color of the animals can shimmer bluish depending on their mood.

The zebra rocks are so-called endemics of the Amazon region. They only occur in one place, a small bend in the Rio Xingu in Brazil. The Rio Xingu is a very warm southern clear water tributary of the Amazon. Its occurrence area lies in the river loop known as the Volta Grande, which is partially drained by the Belo Monte dam. The species is therefore considered threatening in nature.

The males of the zebra cat are usually 1-2 cm larger than the females and can be distinguished from them mainly by the wider head area. The males also form longer spine-like structures (so-called odontodes) behind the gill cover and on the pectoral fin spine. The females are more delicate and have pointed heads.

If you keep zebra catfish under good conditions, they are not that difficult to reproduce. However, you should offer them suitable breeding caves for this purpose, because they are cave breeders. The optimal cave should have a length of 10-12 cm, a width of 3-4 cm, and a height of 2-3 cm and be closed at the end. The female usually lays around 10-15 very large, whitish eggs (approx. 4 mm in diameter!), Which are connected in a lump and are guarded by the male in the cave. After about six days, the fry hatch with a huge yolk sac. They are now cared for by the male for another 10-13 days until he is consumed and they leave the cave to actively look for food.

With good care, zebra catfish can reach a proud age of at least 15-20 years.

Zebra catfish are omnivores that are likely to have a variety of diets in nature. Young animals even seem to have an increased need for plant-based food. If you want to feed the animals varied, you should offer them dry food (food tablets) as well as live or frozen food. For example, mosquito larvae, brine shrimp, water fleas, shrimp and mussel meat, and cyclops are popular. You should also offer the animals forage from time to time, such as spinach, peas, etc.

Fortunately, since these are not schooling fish but rather easily territorial-forming fish, you do not have to keep a group of these somewhat expensive animals. Zebra catfish that are cared for individually or in pairs also feel good.

Zebra catfish cannot be called aggressive, but they are territory-forming. Therefore, you should better be offered some hiding places. If you want to take nature for example, it is even advisable to set up the entire aquarium with stones and caves. Then the animals that like to hide feel particularly comfortable and safe. The animals do not necessarily need the substrate and aquarium plants. Since zebra catfish need a lot of oxygen, the purchase of a flow pump or additional ventilation via a membrane pump is recommended.

Zebra catfish can socialize with a variety of species that like them prefer warm and light to strong flowing water. I can think of a large number of South American tetras, such as the lemon tetra, which have similar claims. But the species can of course also be cared for together with different cichlids. You can also keep other armored catfish together with zebra catfish, but you should avoid other Hypancistrus species, as the species could hybridize. 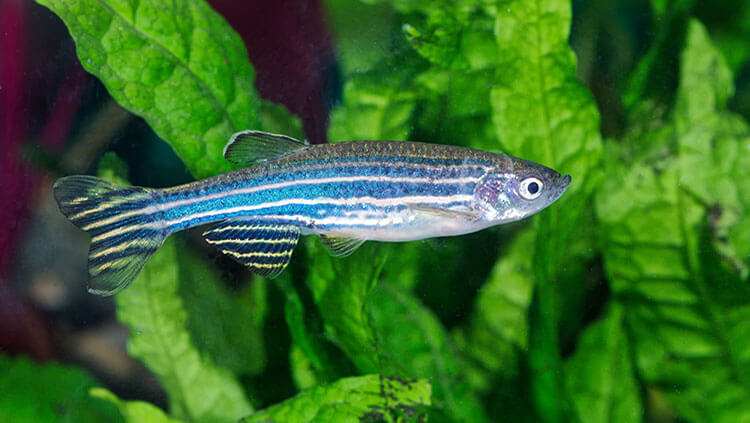 Although the L 046 comes from very soft and weakly acidic water, it copes well even with much harder and more alkaline water. If you want to breed the animals, the water should not be too hard. The optimal temperature is between 26 and 32 ° C and the pH value is between 5.5 and 7.5. A sufficient supply of oxygen is much more important than the water values because if there is a lack of oxygen, the animals die quickly.