The lockdown due to the corona crisis is a problem for city pigeons: they will find less leftover food to pick up. Animal rights activists, therefore, fear starvation. In some cities, they are now allowed to feed the birds as an exception.

The pigeons pull wide circles around the Nuremberg city wall. Little by little they land on the roofs of the towers and seem to look down expectantly. Claudia Schneider is just taking a bag of grain feed out of her pocket.

When they scatter the first handful in the snow, the pigeons downright shoot down. “When they rush to the food, you can see how hungry they are,” says Claudia Rupp, chairwoman of the animal protection association for city pigeons and wild animals. She casts a scrutinizing look at the pecking pigeons. “Currently there are up to 100 animals.” In the first lockdown, there were three times as many. “You can tell that there is a decimation of stocks.”

Contents show
1 Cold and Corona Make Life Difficult for Pigeons
2 “Most Cities are Sticking to the Feed Ban”
3 Pigeons are Not Popular with Everyone
4 “Pigeons are Not Pests”
5 In Many Cities, Pigeons are Left to Their Own Devices 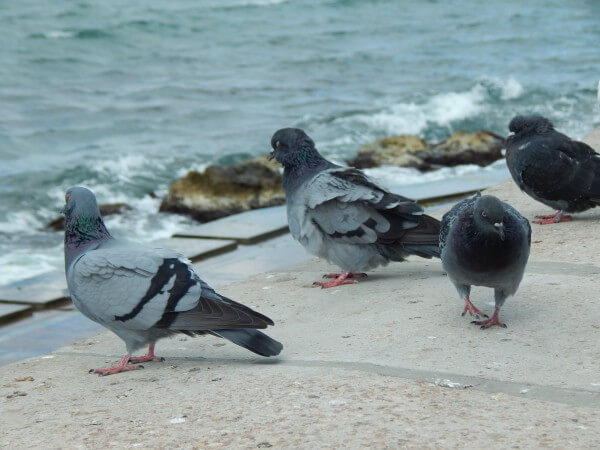 The corona crisis and also the cold is affecting the Nuremberg city pigeons. Claudia Schneider and nine other volunteers of the association are therefore allowed to temporarily supply the pigeons with grain feed once a day at six places in the city, as in the first Corona lockdown.

The city has given them an exemption from the general feed ban – and only them, as the environmental officer Britta Walthelm emphasizes. “Because all shops and restaurants are closed due to the Corona lockdown and there are fewer passers-by in the city center, the pigeons find little to eat,” says Walthelm, explaining the exception, which is limited to three months.

The “German Animal Welfare Association” feared that the deserted inner cities could become a problem for the pigeons during the first lockdown. Many city pigeons feed on bratwurst, french fries, rolls, and all sorts of other leftovers that they find in garbage cans and on the floor.

“Most Cities are Sticking to the Feed Ban”

The “Tierschutzbund” is therefore calling on the municipalities to allow controlled emergency feeding with species-appropriate grain feed during the lockdown. “The aim is not for people to swarm everywhere and scatter bread,” emphasizes spokeswoman Lea Schmitz. Some cities such as Nuremberg, Cologne, Kiel, and Braunschweig set a positive example. “Most of them stick to the ban on feeding,” she says.

As in the first lockdown, volunteers from two animal welfare associations are currently feeding the city pigeons at certain places in the city center. “Since the pigeons can no longer find enough leftover food, they are increasingly weakened. As a consequence, that would mean slow starvation – depending on the duration and length of the ban on contact, ”says Jürgen Müllenberg from the city. That is not compatible with the Animal Welfare Act.

In Kiel, too, there is an exemption, which, like in Cologne, is tied to the time of the lockdown. “The reason was and is the most dramatic deterioration in the health of the Kiel city pigeons, who, as a result of the demise of public life, could hardly find any food on the streets and squares,” explains the regulatory office. And so that the emergency feeding does not attract rats, the volunteers would have to sweep up all the leftovers afterward. It looks similar in Braunschweig.

Pigeons are Not Popular with Everyone

Opinions differ about the city pigeons. While some people call them “rats of the air” and find their ubiquity in German city centers just a nuisance, others have a big heart for the descendants of escaped house pigeons.

Although it is forbidden to feed pigeons in many cities, it is violated again and again – this is also the case in Munich. “The food is usually spread out in the dark or hidden,” says a spokeswoman for the health department. In Würzburg, even a woman will soon have to answer fines before the local court because she is said to have fed city pigeons “repeatedly with intent and without permission”.

“Pigeons are Not Pests”

“Rats of the skies” – animal rights activist Claudia Rupp vehemently rejects this expression. “Pigeons are not pests. They are feral pets, ”she says. “It was the people who bred them to reproduce so incredibly quickly.” That is why Rupp also sees the people – in this case, the municipalities – as having an obligation to take responsibility for the birds.

In Many Cities, Pigeons are Left to Their Own Devices 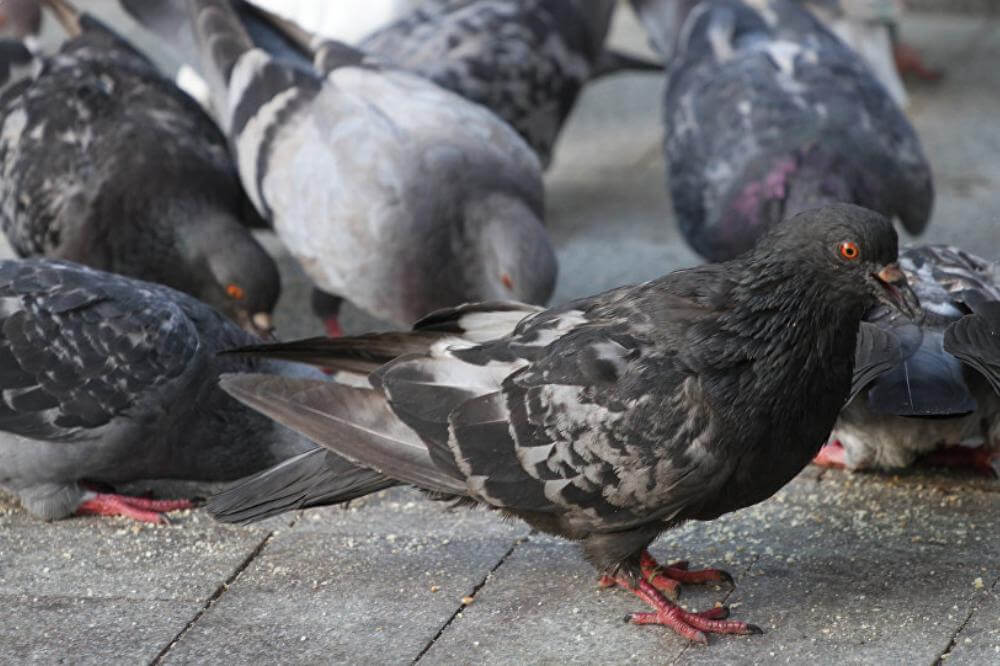 In Hamburg, however, the city pigeons are left to their own devices. The feeding ban remains in place. “However, it is still possible to feed the pigeons on private land,” says Valerie Landau from the Department of Justice and Consumer Protection.

And Munich also refuses to spread additional feed because of the lockdown. “Even in a normal winter, the beer gardens, street cafes, and other outdoor spaces are closed, ”emphasizes the spokeswoman for the health department. That is why there is less leftover food each winter for the pigeons to pick up. “A particular emergency is therefore not apparent.”