You should have a cat life! The kitties sleep around twice as many hours a day as we humans. You can find out here why cats sleep so long and why they not only dream, but also smell and hear.

Regardless of when you watch your cat: it always seems to be either playing, looking for food – or taking a nap. And appearances are not deceptive! In fact, cats spend an average of 16 out of 24 hours sleeping.

Not in one piece, however. Because the kitties distribute their rest phases well throughout the day. 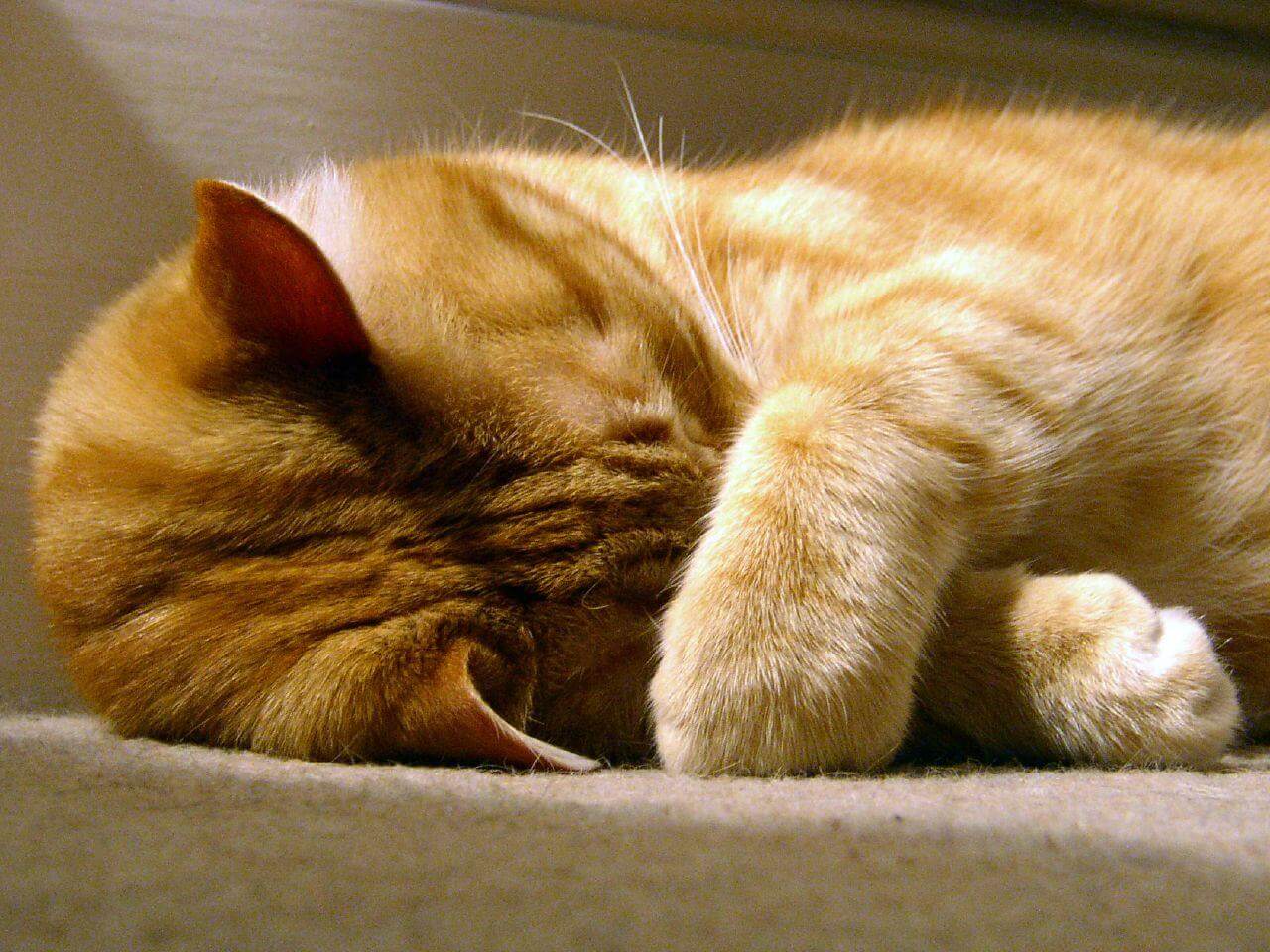 While we humans normally sleep very deeply for long periods of time, cats have a shorter sleep cycle. Cats also hear and smell while they sleep – this makes them wake up faster. Above all, this is a relic of their wild ancestors: while the senses continue to work, they can immediately jump up and get to safety when danger is approaching – for example in the form of enemies.

Despite their rather shallow sleep in comparison, cats also dream. You can recognize this, for example, by the fact that your cat’s tail, paws, or whiskers twitch during sleep.

Cats Sleep a Lot to Recover From Playing and Hunting

Assuming that adults sleep about eight hours on average, our kitties sleep twice as much. Sometimes you’d really like to swap, right? Yes and no. Because cats sleep so much mainly because they need rest breaks to replenish their energy reserves.

Cats have real bursts of energy when they hunt and play. This is comparable to extremely exhausting sports such as boxing or martial arts. After all, unlike humans, cats hunt unaided – their only weapon is their body. In the process, they burn loads of calories and need sleep to recover from exertion. 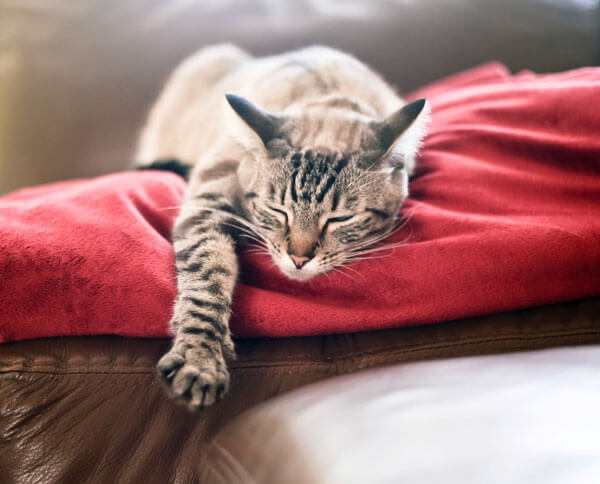 We humans move, on the other hand, mostly rely on “aerobic” movement. For example, when we cycle to work in a relaxed manner or when we climb stairs. That is why it is enough for most people to simply sleep at night and not take additional naps during the day.