Cats seem to sleep all day – only to leave you with no quiet minute at night. In this Your Animal World Guide you can find out how cats’ sleep rhythm differs from ours and how long a cat should sleep on average.

One thing is certain: cats need a lot of sleep. But how much exactly? How do you know if your puss is sleeping too much or too little?

How many hours your cat spends sleeping depends, among other things, on their age. But we can already reveal this much: No matter how old your cat is – it will sleep longer than you. Even if it doesn’t seem like that to you when your kitty wakes you up again at 5.30 a.m. because she is asking for food. 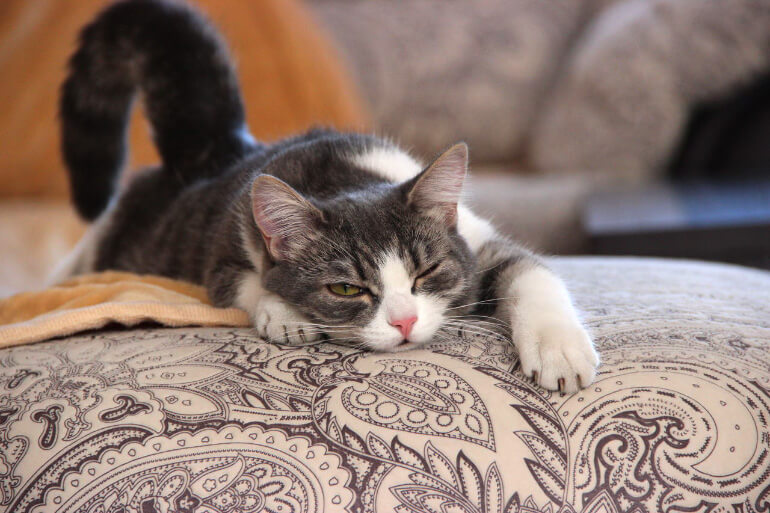 Similar to babies, kittens slumber almost continuously shortly after birth. You only wake up briefly to drink and then immediately say goodbye to the realm of dreams.

So you don’t have to worry if your young kitten is constantly sleeping. On the contrary: the kitten’s bodies release growth hormones that make them bigger.

When to see a vet anyway: If your baby cat can hardly be woken up, you should clarify that there is no veterinary cause behind it.

An Adult Cat Will Sleep Less

Your adult cat needs to sleep around 15 hours a day on average. In young cats between half a year and two years of age, the duration of sleep can be a little longer and the sleep phases are usually more irregular than in adult cats.

Your cat’s sleep rhythm will probably have leveled off by around two years of age – most cats then sleep between twelve and 20 hours a day. You will probably notice sooner or later that your cat is particularly active towards evening and at dawn. This is because cats tend to hunt in the wild at dusk.

Does your cat restless all night and moan loudly instead of sleeping? You should also discuss this behavior with a veterinarian in order to rule out possible diseases or to identify them in good time.

Your cat’s need for sleep increases with age. Why? “As with us, cell healing slows down, so the cat needs more sleep so that the body can regenerate,” explains veterinarian Gary Norsworthy to the US magazine “Catster”.

So you don’t have to be surprised if at some point your older cat wants to sleep a little more than you are used to from her. However, if the need for sleep increases suddenly and rapidly, it is time again for a check-up at the vet.

As a general rule, there is no set mark that indicates whether a cat is sleeping too much or too little. At some point, however, you will develop a feeling for your cat’s sleep behavior. If you then notice that she is suddenly sleeping a lot more or less than normal, illness could be the reason. 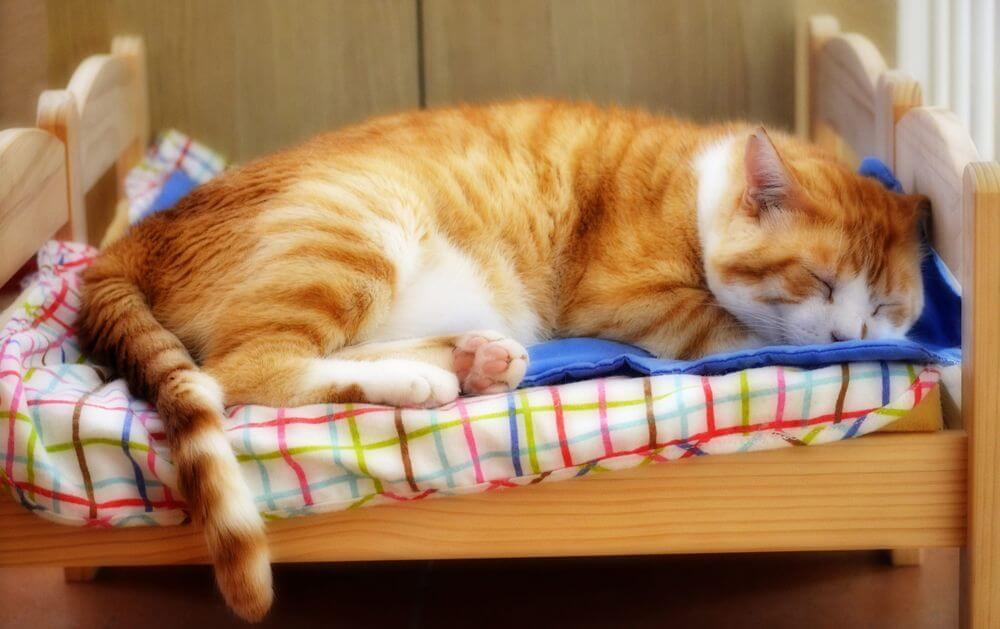 Most people do most of their sleep by sleeping at night – ideally around eight hours a night. With cats it looks a little different: They alternately sleep and doze in several short phases, in between they are awake for longer periods of time.

The light dozing makes up around three-quarters of the sleeping time of cats, explain the cat experts of the “Animal Emergency Center”. You can tell that your cat is only taking a nap, for example, when the eyes are still slightly open and the ears are turning in the direction of noise sources.

Because cats can still hear while they are dozing, they are immediately awake in danger and can jump up quickly. In life in the wild, this would be vital in order not to be too easy prey for natural enemies even when they are resting.

It is also thanks to their wild roots that cats spend so much time sleeping. In this way, they collect energy that they need for hunting – even if only to run after stuffed mice.