Cats with long hair are beautiful and very popular with many cat owners. We introduce you to ten of the most popular longhair cats ever!

Longhair and semi-longhair cats are incredibly pretty and very popular. However, their fur requires a lot more maintenance than that of shorthaired cats, otherwise, it will become knotted or matted – and this can be quite painful for the cat. In general, it is advisable to get the cat used to being brushed when they are kittens so that there are no problems with it later on. Here we present ten very popular longhair and semi-longhair cats! 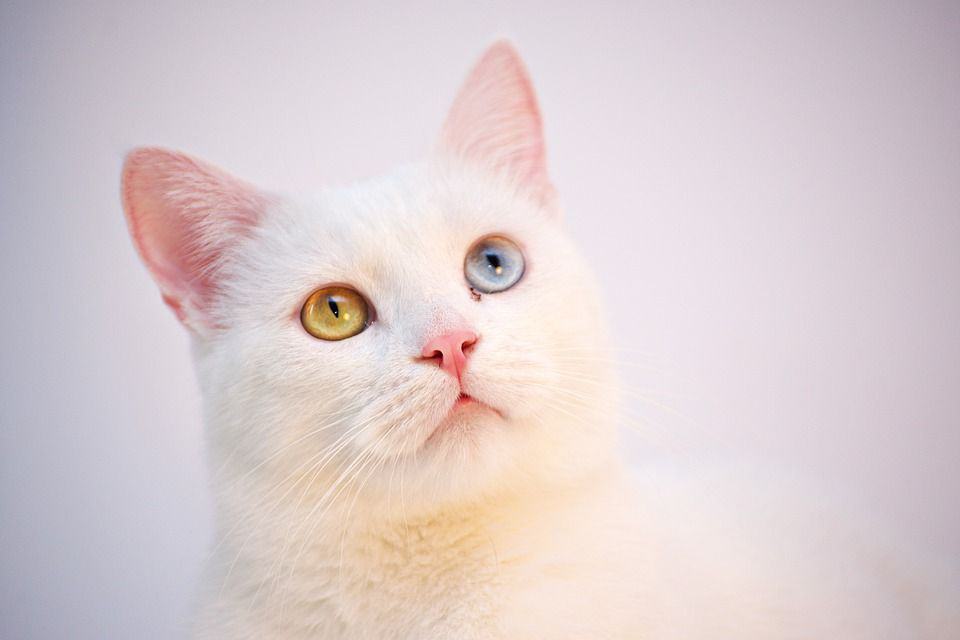 The Maine Coon is the largest and heaviest domestic cat breed in the world and is very popular with cat owners. These animals can grow up to 1.2 meters long and weigh 10 kg, individual cats are even heavier!

The Maine Coon is a semi-longhaired cat. Their thick, dense coat is relatively easy to care for, but needs to be brushed at least once a week, and much more often during molting. If the undercoat comes off in spring, you should look more often for knots in the fur, which otherwise quickly become felts on the problem areas under the front legs, on the panties, and on the collar.

Intelligent and friendly, the Maine Coon is suitable for apartment living as long as it has adequate space and employment opportunities. She is also happy about a safe run. The Maine Coon is best kept with a conspecific.

The Sacred Birman is somewhat reminiscent of the Siamese cat due to its coat pattern. Aside from the longer coat, one difference is a classic feature of the Birman: her pure white paws that look like she’s wearing socks.

The Sacred Birman is one of the semi-longhair cats. Their coat has a silky texture with a little undercoat, making it rather low-maintenance. As with all other cats with longer hair, regular grooming is still necessary, otherwise, matting will occur. It is best to set aside time every day for brushing and combing while the fur is changing.

The Sacred Birman is a cuddly, uncomplicated, and calm companion who is as playful as it is gentle.

Good-natured, gentle, and playful, the Ragdoll is one of the most popular cat breeds. With its dense, soft fur of medium to long hair, the ragdoll looks like a stuffed animal that has come to life at first glance.

Frequently kept as an indoor cat, the Ragdoll is very sociable and does not like to be left alone. She is therefore very happy about a conspecific. Their coat needs regular brushing, preferably daily during molting.

Sociable, spirited, and playful, the Norwegian Forest Cat is a very popular longhair cat. Their medium to long fur has a woolly undercoat and a water-repellent top coat. A long ruff, knickerbockers, and tufts of fur between the toes are also typical of the breed.

Norwegian Forest Cats need a lot of space, exercise, and activity and are therefore happy when they are allowed to enjoy safe freedom. The Norwegian’s coat needs regular brushing, especially when she has access to the outdoors. If the young animal loses its “babyfur” or the adult its winter fur, daily grooming is necessary.

The British Longhair, also known as the Highlander, has long been an undesirable byproduct of British Shorthair breeding. It was only relatively late that people realized that these adoptable cats are just as great companions as their short-haired relatives.

The fur of the cuddly British Longhair is medium to long and sticks out from the body. The Highlander has a ruff and knickers. The coat texture is firm, dense, and plush with an undercoat that adds volume to the cat’s coat.

Depending on the individual coat structure, the Highlander needs to be combed and brushed about two to four times a week. Cats that are allowed to use a secured balcony or garden often have even more voluminous fur than purely house cats. In this case, you should regularly check the cat for tangles in its fur, otherwise, these can become matted.

The Siberian (forest) cat is a large breed of cat with medium to long fur that at first glance resembles the Norwegian forest cat. This cat breed is known to be spirited, intelligent, and adaptable.

The fur of the curious and lively cat is very dense and fluffy. In the winter coat, this breed has a clearly developed shirt chest and knickerbockers, the summer coat is significantly shorter.

The Siberian cat’s coat needs to be brushed several times a week. Daily care is necessary during the change of coat and when going outside to prevent knots or tangles. The active cat needs a lot of space to romp and a lot of activity. If possible, give her access to a secure garden, balcony, or outdoor enclosure.

The Nebelung is an extremely popular breed of cat with a medium-length coat. The cat breed was created more or less by accident from crossing cats with possible Russian Blue and Angora influences.

The blue fur with silver shimmer is soft and has a dense undercoat. The Nebelung’s coat needs to be brushed at least once a week, and much more often during the molt. Loose hair must be removed so that the cat does not swallow too much hair when cleaning.

The intelligent and sensitive Nebelung tends to bond strongly with its people and is often reserved with strangers. It can be kept in the apartment if it is equipped with the appropriate climbing and playing facilities and its owner takes a lot of time for the cat. The cat is happy about access to fresh air in the form of a secure balcony, outdoor enclosure, or garden.

The medium to the long coat of the German Langhaar is glossy and silky with an undercoat. She also has a ruff and knicker boxers. The coat is relatively easy to care for, but still needs a care unit several times a week.

Even-tempered and sociable, the cat should not be kept alone. She can be kept in the apartment with appropriate employment opportunities but is also happy about access to fresh air.

The fur of the Turkish Angora is considered to be particularly soft and silky. The cat has hardly any felty underfur, which is why the coat of the Turkish Angora is fairly easy to care for. Apart from the change of coat, it is usually sufficient to comb the hair once a week. The cat enjoys the attention of its people, which is why they usually like pleasant grooming.

The Turkish Angora is very intelligent and playful and therefore needs a lot of exercise and hours of play. Two cats are best kept together. 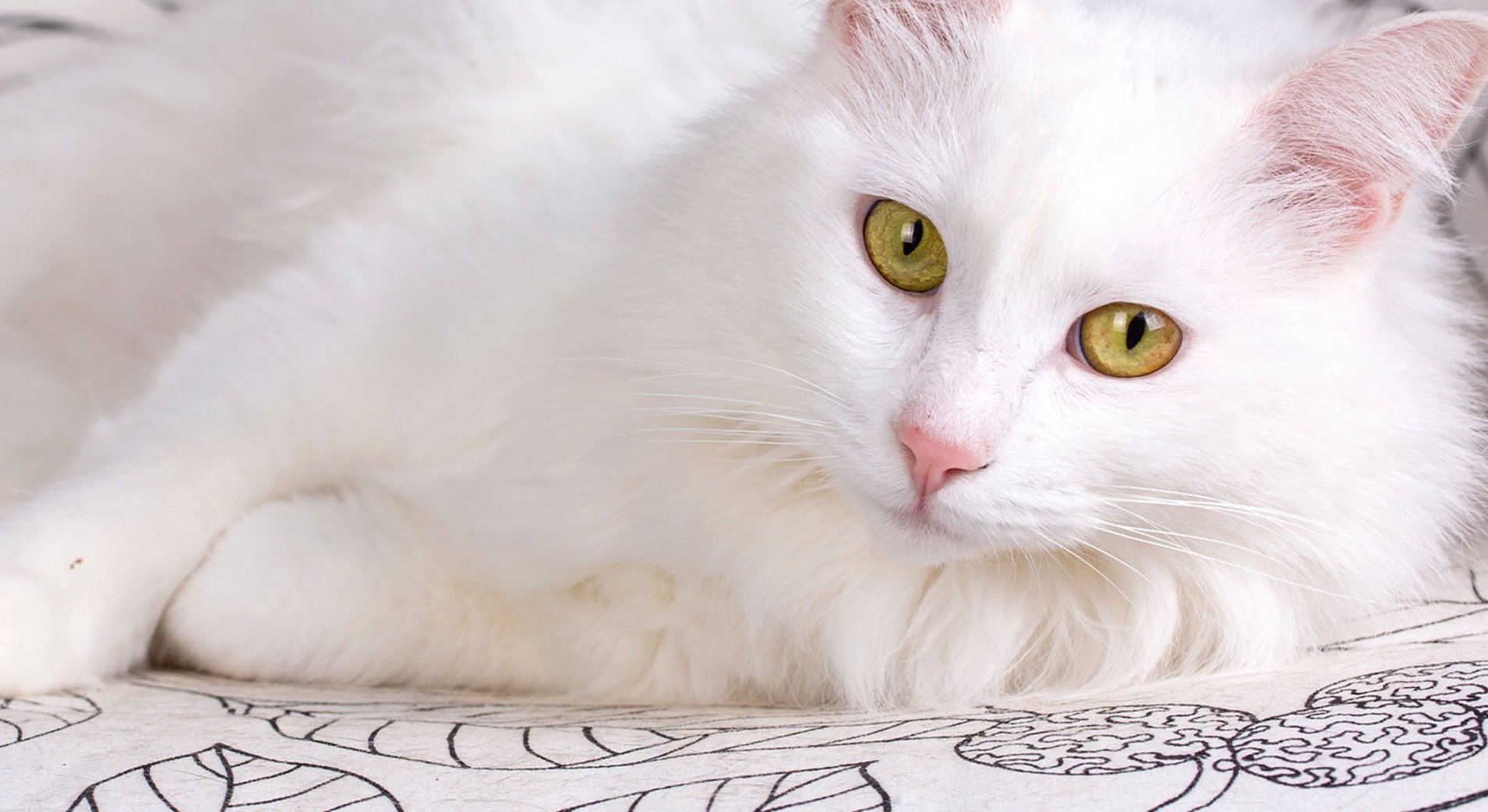 The RagaMuffin is a large cat that comes in a particularly large number of different colors and is very similar to the Ragdoll. She has medium-length, silky hair and is relatively easy to care for. Nevertheless, the coat should be brushed regularly.

RagaMuffins are affectionate and usually seek closeness to their humans. They are very intelligent and are also suitable for apartment keeping as long as they are given enough exercise both with and without humans and a sufficiently large scratching post. The RagaMuffin is usually very happy about a conspecific.