The original Schnauzer is known as the Mittelschnauzer. This is the medium sized Schnauzer with a shoulder height of 43 to 49 cm. The weight of the dogs is between 15 and 18 kg. Females tend to be at the lower end of this range and males at the higher end. They come in two colors: pepper-salt (grey) and black. Pepper-salt is the most common color.

The most common of the three Schnauzer breeds is the Miniature Schnauzer. It’s a spunky little dog that definitely doesn’t want to be treated like a toy breed. They are not midgets and are often said to be a big dogs in a small dog body. The breed was originally developed to hunt rats and mice and dutifully performed their duties. The Miniature Schnauzer also makes an excellent guard dog – so don’t let its size put you off. The miniature schnauzer reaches a shoulder height of 31 to 36 cm and weighs 6 to 7 kg. It is available in four colors: pepper-salt, black-silver, black, and white. Pepper-salt is the most common color.

Below you will find the 10 best Schnauzer dog tattoos: 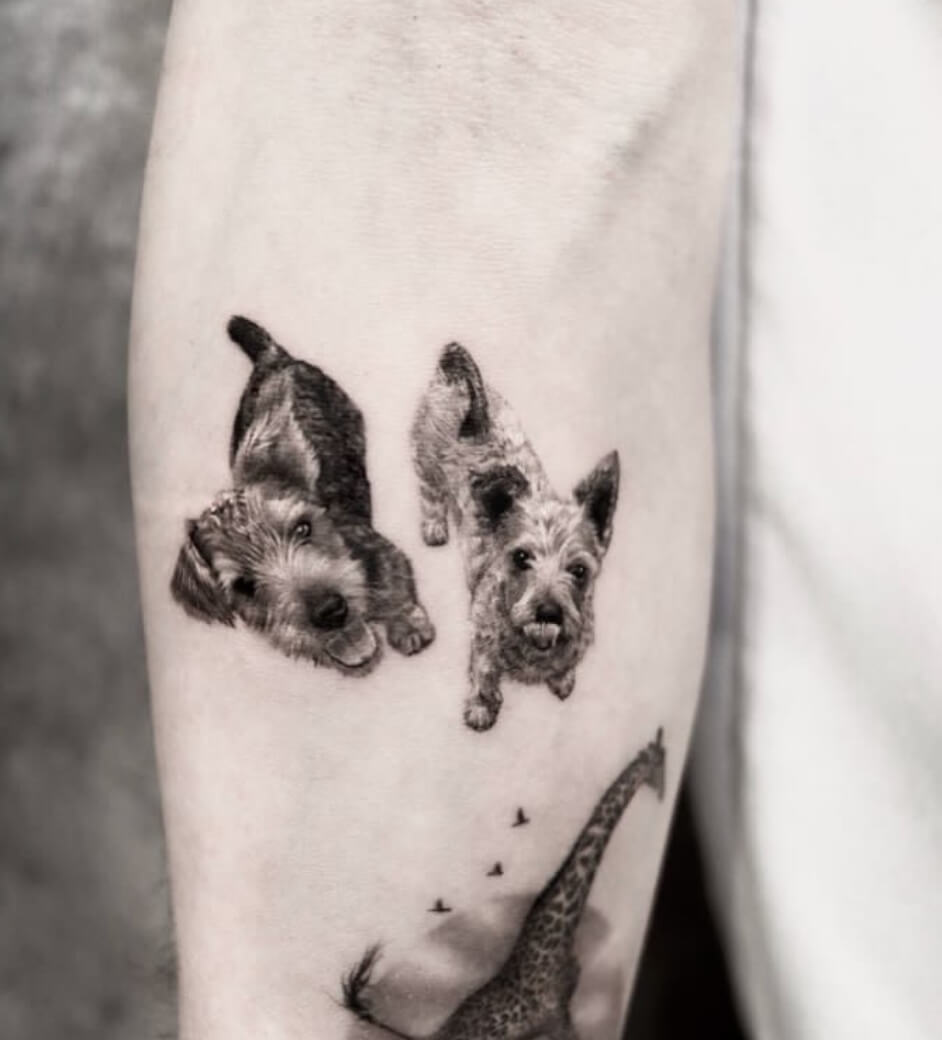 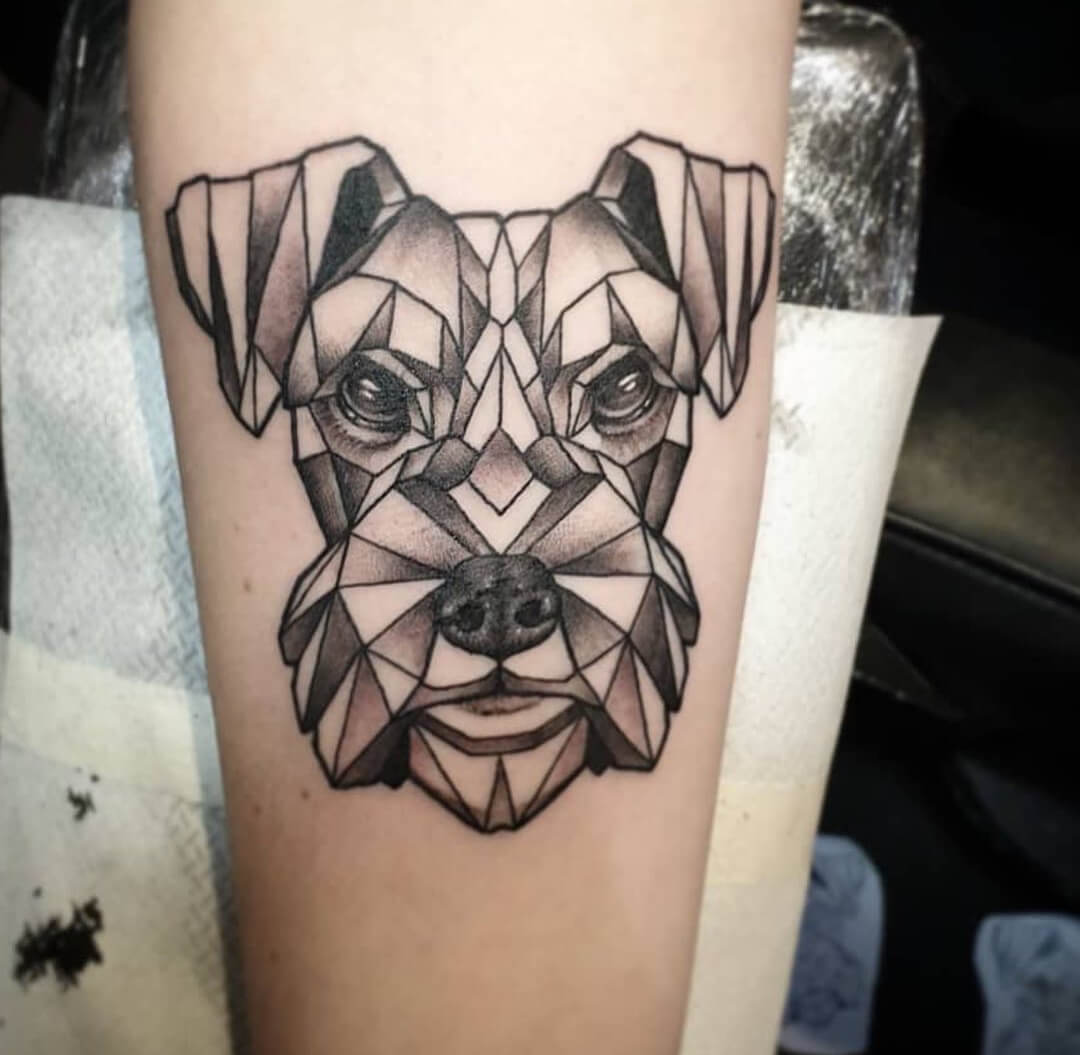 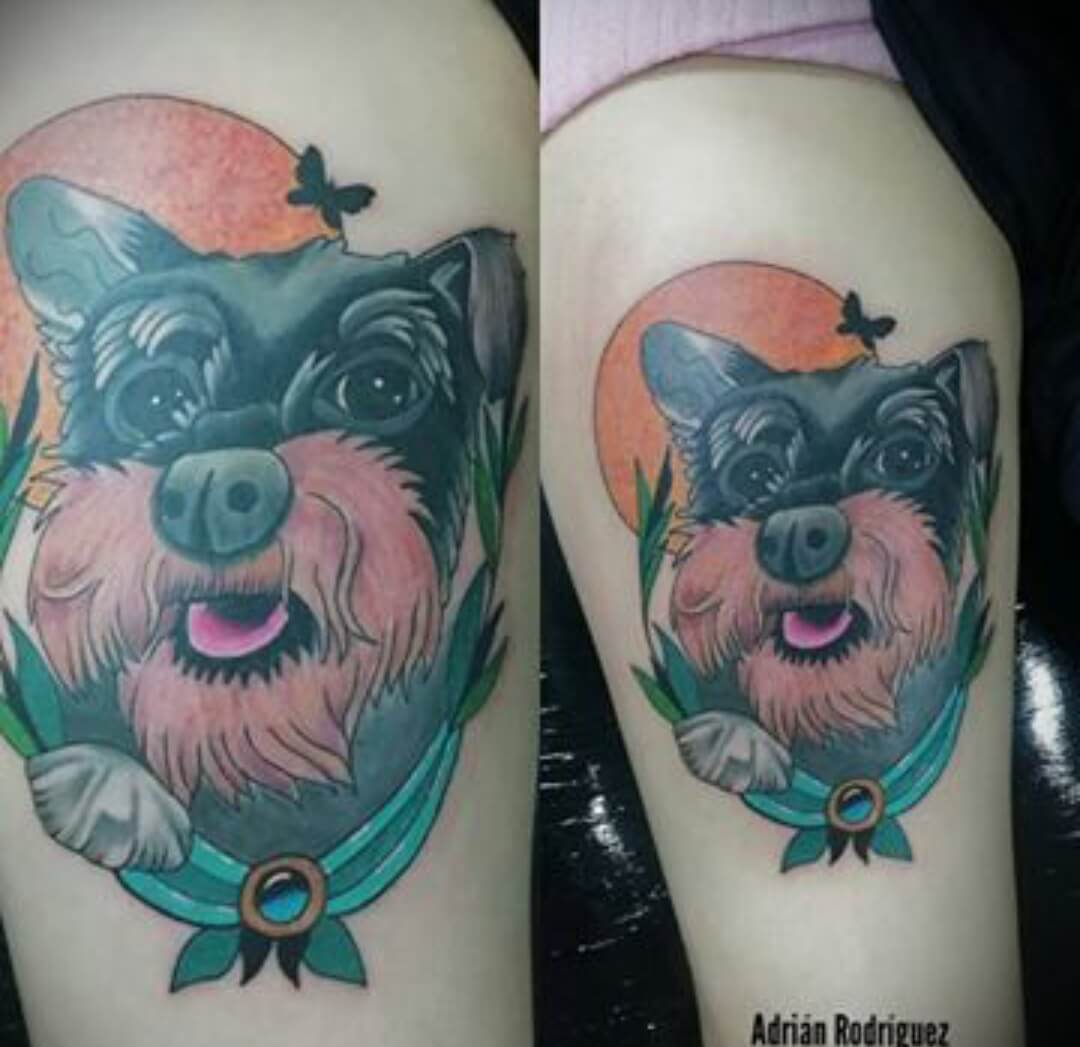