The “quiet place”? Are you kidding me? Are you serious when you say that! Anyone who has cats knows that their four-legged friends don’t even stop at the bathroom. Your animal world explains why the animals even follow us there.

From a human point of view, it’s strange behavior: when cats don’t want to leave their masters and mistresses – not even on the toilet. Sure, in the vast majority of cases we wouldn’t follow other people into the wet room either. So why don’t cats seem to be feeling ashamed in this regard?

First of all, it is important to note that we should evaluate this behavior not from a human point of view, but from that of our cats. And for the house tiger, this indiscreet behavior can make perfect sense. There are still no scientific explanations for the fascination of cats with bathrooms – but many experts on cats and their behavior have already developed their own theories.

“There could be various reasons why cats like to keep people company in the bathroom,” says researcher Mikel Delgaro, who conducts research on cats, to the magazine “Inverse”. As one of the reasons, she cites the fact that litter boxes are often in the bathroom. Therefore, the smell of this room is very familiar to the cats. 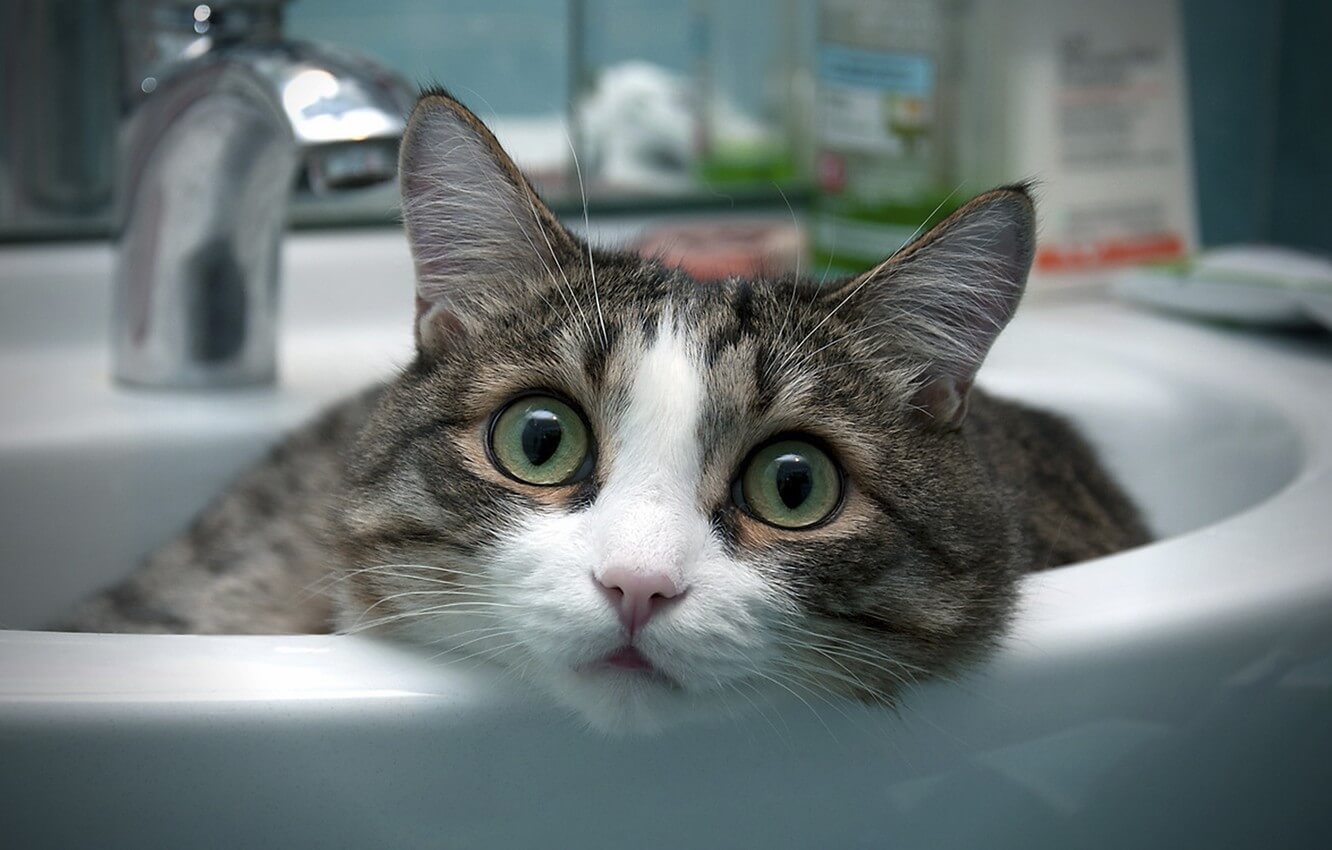 In addition, bathrooms have many things that cats like: cold, smooth surfaces, running water, and lots of objects that make great toys, such as toilet rolls, bath mats, and towels. For example, some cats like to chase their own tail in the shower or bathtub. Or they bring their toys to play with in the bathroom.

The Bathroom as a Safe Place for Cats

On the other hand, the “quiet place” also offers cats a feeling of calm and security. The kitties feel at home in small rooms that they can see well – just think of their preference for cardboard boxes. In many homes, the bathrooms are the smallest of the rooms. Accordingly, our velvet paws like to stay there.

According to the magazine “Catster”, many cats feel safe in the bathroom for another reason: In order to do your business you have to be safe from possible attackers – at least it was the case with our cats’ wild ancestors. Therefore, the kitties could conclude that they are well protected in the bathroom – if we even dare to relieve ourselves there.

Added to this is their preference for washbasins. They are ideally sized as a cat bed for the kitties. In addition, the material cools you in summer and gives you a cozy feeling in winter when it is warmed by your body heat. If the cat also likes to play with running water, then it has found its favorite place at home.

The Thing About the Closed Door

So many options – and they should be hidden behind a closed door? Not understandable for many cats. Especially since closed doors only arouse their curiosity. Then they really want to know what’s going on behind it. 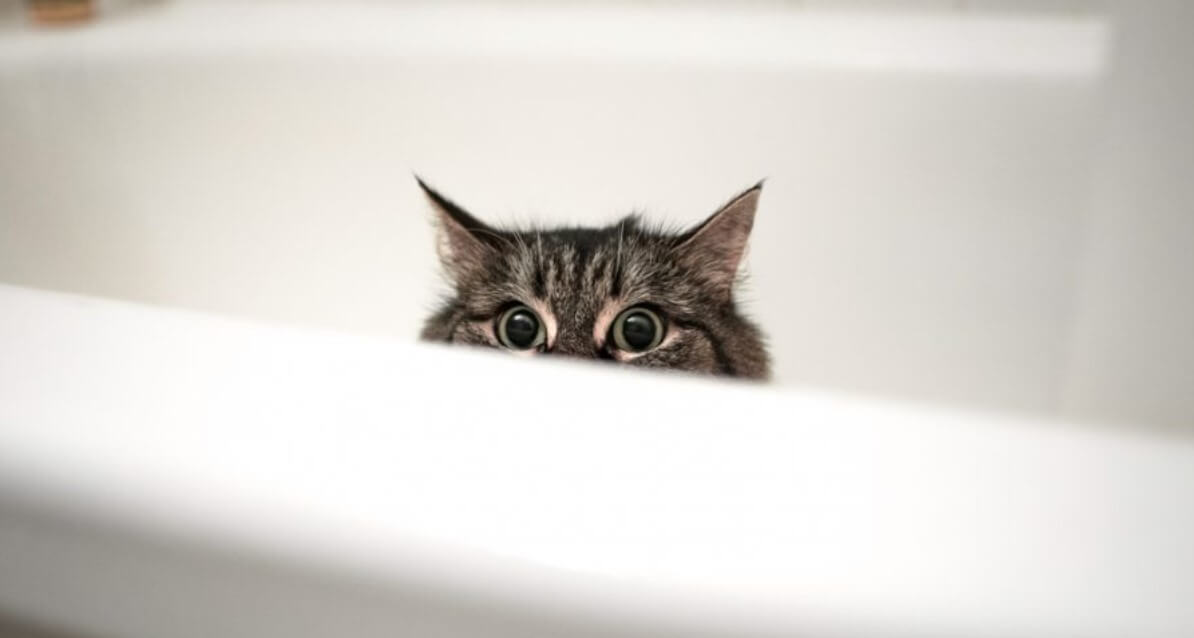 “Cats probably also know that we are a trapped audience when we are in the bathroom,” says Mikel Delgaro. “We’re so busy and distracted these days that many cats are probably looking for a way to get our undivided attention.”

Many cats especially seek closeness to people when the two-legged friends are sitting still: on the sofa, at the desk – or in the toilet. Then they stroke our legs or even jump on our laps. “I think that they want to be the center of the universe and have learned that people don’t do much when they sit in the small room with the strange water chair,” says biologist Imogene Cancellare.

Last but not least, your cat could simply show you that she likes you by following you into the bathroom. According to “The Spruce Pets”, a cat has to be very fond of its humans if it wants to be around them all the time.

So the next time you brush your teeth, you can have your velvet paw company, you could see spending time together in the bathroom as a good opportunity to have real quality time together.